Will Anushka Shetty act with Venkatesh and Rana? 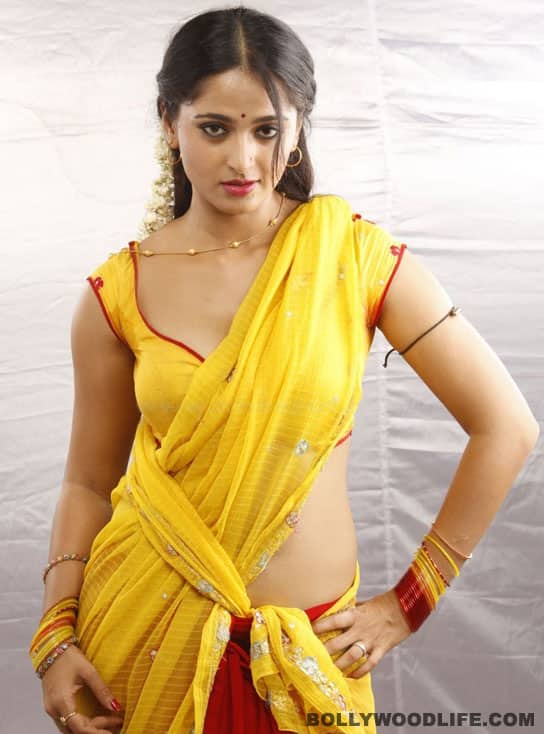 South siren Anushka Shetty has suddenly become the ideal pick for every director. Not that she’s complaining considering she is getting to work with two of the top Tollywood actors

Critically acclaimed director Krish is all set to start a film with Anushka Shetty as his lead heroine. The film is titled Krishnam Vande Jagadguru which will be made in both Telugu and Tamil. According to sources, Anushka is known to be the director’s lucky charm. The two have earlier worked together in Vedam and in its Tamil remake Vaanam. Both of them were hits. The sexy actor will romance the upcoming south hunk Rana Daggubati in Krishnam Vande Jagadguru. Rana is currently busy with Naa Ishtam and Department. Besides this, Anushka has also been approached to play Venkatesh’s love interest in Seethamma Vakitlo Sirimalle Chettu. The makers of the film were in a huge dilemma for a long time to get a promising artiste opposite Venky since she will also be playing sister-in-law to the film's other hero, Mahesh Babu. Producer Dil Raju reportedly approached many leading actors including Trisha, Nayanthara, Sneha, Bhoomika and even Madhuri Dixit for the film, but no one agreed to do it. The latest buzz is that Anushka has given her nod. "Yes, they approached her for this character," says Anushka’s manager, but no official announcement has been made yet. Well, looks like the actor is on a roll, let's hope it lasts long enough! Also Read - Pooja Hegde, Anushka Shetty, Nayanthara, Kajal Aggarwal, Samantha Akkineni and more – here's how much the highest paid South actresses earn per movie