Any guesses on what was Salman Khan's lucky colour for Tubelight promotions? View HQ pics

Armed with those toned abs, beefy biceps and a dapper demeanour, Salman Khan is blessed with an innate ability to pull off the trickiest look and nail with signature aplomb.

And as the release for the most-anticipated film of the year, Tubelight draws near, we cannot help but move our raving fashion eye on the leading actor, Salman Khan’s astonishing sense of style. One of the very few actors of his time to pioneer a signature sense of style, Salman Khan has regaled us with a multitude of looks, with his ever-growing brigade of die-hard fans emulating his moves with much gusto. Armed with those toned abs, beefy biceps and a dapper demeanor, Salman Khan is blessed with an innate ability to pull off the trickiest look and nail with signature aplomb. Certainly not a trend hound, Salman Khan has been vastly attributed as the trendsetter, whether it’s the greasy, middle parted hair (Tere Naam), the turquoise blue bracelet, heart-shaped sunnies and the Dabangg style dance or the effortless ease to peel away his shirt to send everyone into frenzy with his chiselled abs. Also Read - Bigg Boss 15 OTT: Bajre Da Sitta singer Neha Bhasin is the first confirmed contestant of the show

Kickstarting a barrage of style moves with his brand, Being Human that classically essays his easy, breezy and uber-comfortable sense of style. Donning some darker hues, predominantly black for his promotional antics for Tubelight, Salman Khan has us clamoring with an answer for his tagline of Kya Tumhe Yakeen Hai? that yes, we are pretty confident that black is indeed his happy colour! Delve in more to see how Salman in tandem with ace designer and stylist, Ashley Rebello has redefined black, quite so modestly in this special style feature. Also Read - Bigg Boss 15 OTT: Bahu Hamari Rajni Kant actress Ridhima Pandit to participate in the controversial reality show? Here's what we know 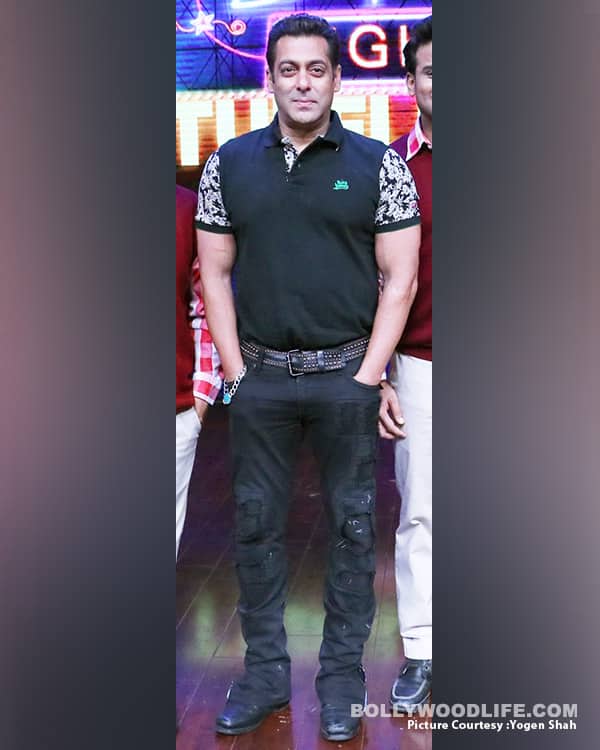 For his appearance on Sunil Grover’s show, Supernight with Tubelight, Salman Khan turned up in a black shirt with floral printed sleeves tucked neatly into black patchy denims and black shoes. 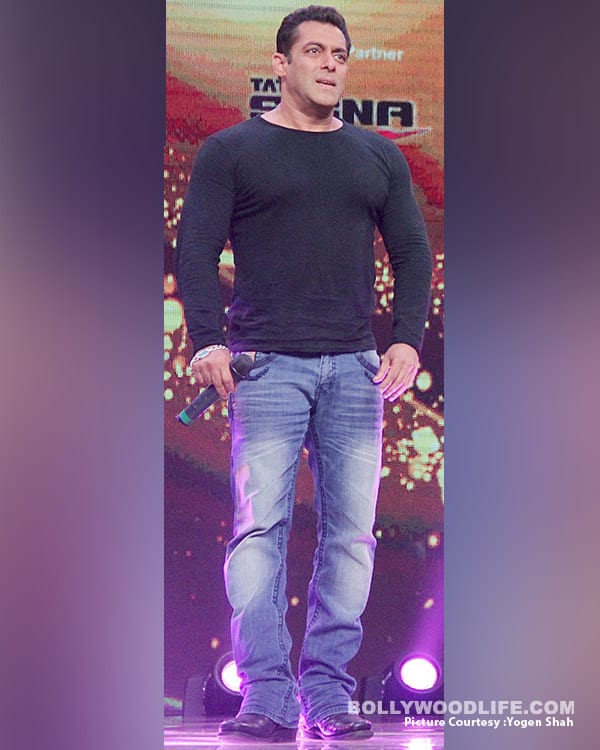 Showing off those perky man curves in a body hugging long sleeve tee with faded denims and black shoes, Salman is the eternal poster boy for simple yet eye-catching style moves. 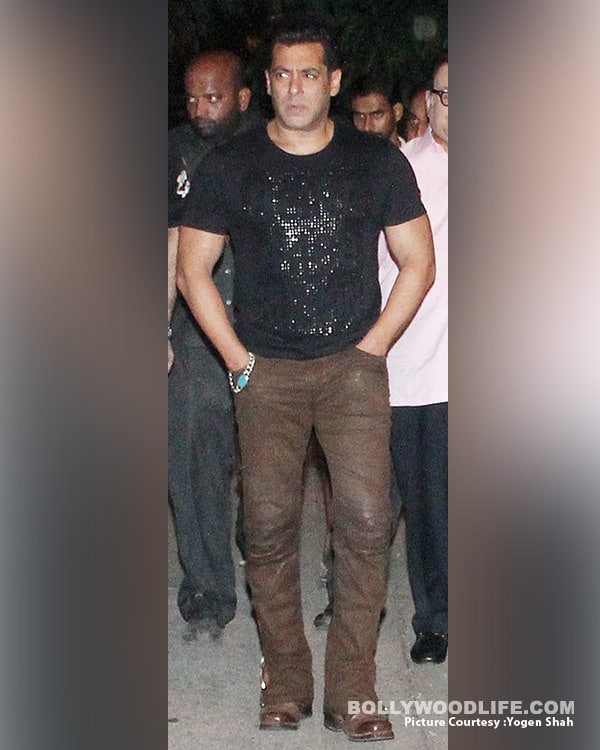 Who said men can’t binge on bling? Salman Khan does it right in a sequined black tee and brown denims and brown shoes. Dazed, much? Well, we certainly are! NOBODY can pull off this tricky combination! Only Salman Khan can! Period! 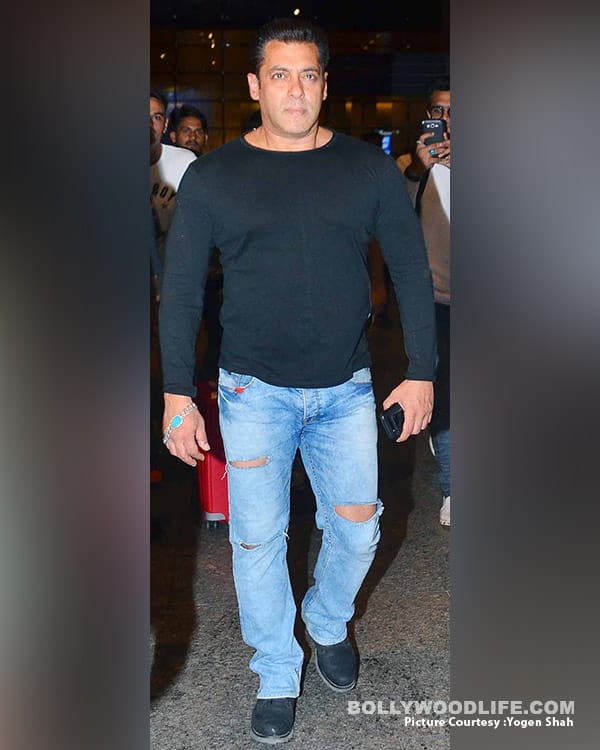 And this man doles out yet another classic style of pairing that chest hugging tee with knee ripped denims! 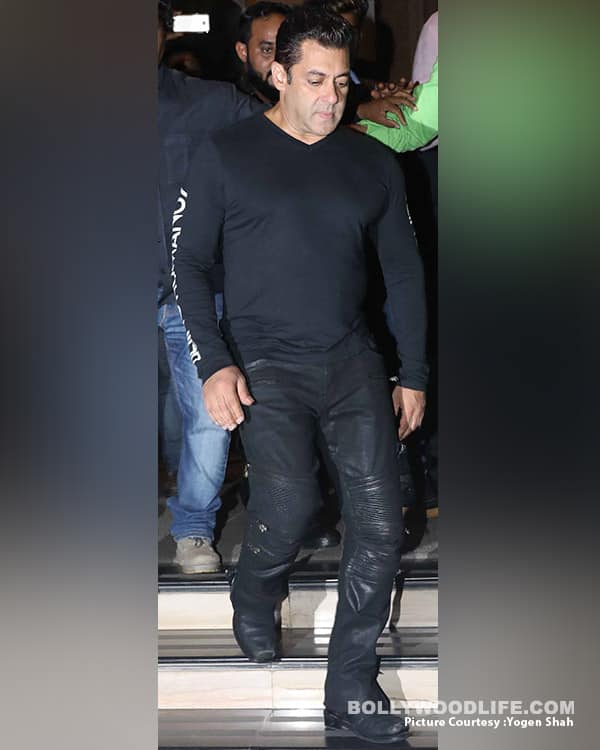 Glossy pants for men! Bring them on, Salman Khan shows the perfect way to slay them with a black tee and black shoes. 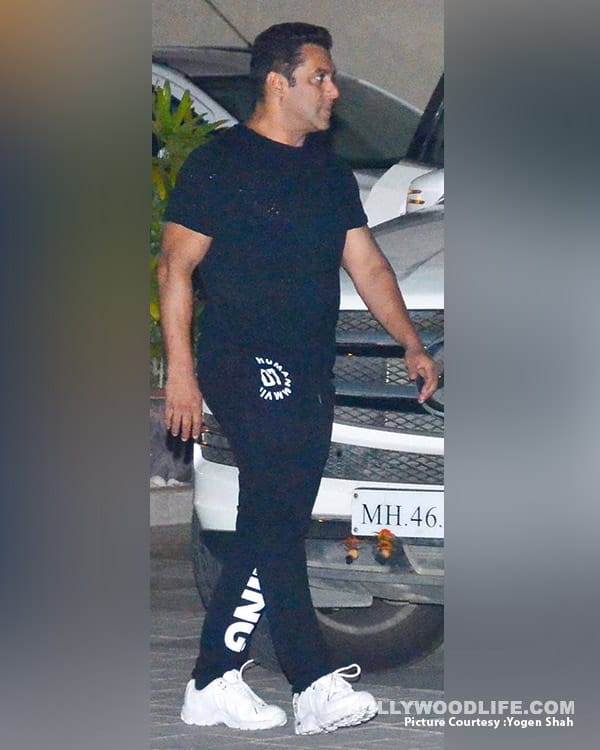 Athleisure? Do it the Salman way as he dons an all black look of track pants, tee and white trainers. 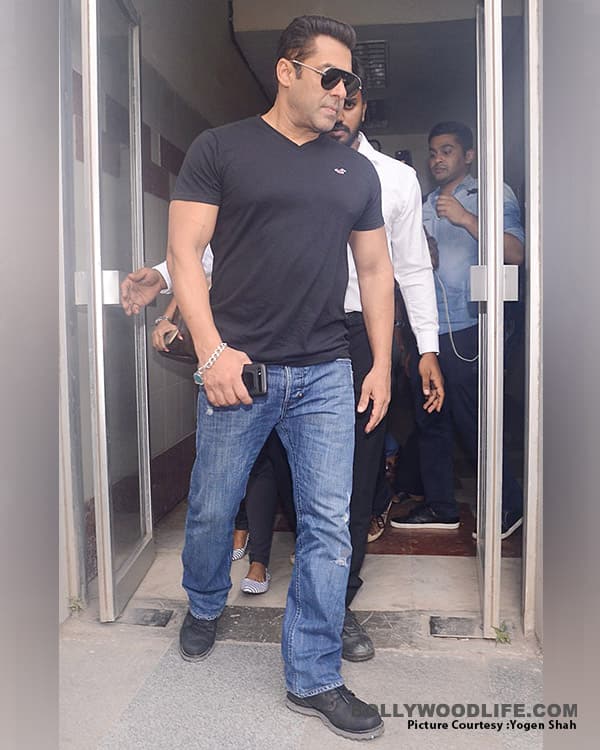 Rocking a V-necked tee with panache, Salman dons a muscle tee with a clean pair of denims here.

Looks like Salman’s love and penchant to pull off black is here to stay! Essaying the role of a vulnerable character, Laxman who is in the pursuit of his brother amidst a war-torn backdrop, Salman Khan is set to establish yet another milestone with this movie that releases on the auspicious occasion of Eid.