Kareena Kapoor Khan recently zoomed off to an exotic location for a vacation. But not without her expensive tote bag.

Kareena Kapoor Khan is a style queen and there is no denying that. If she is makes a casual appearances, she looks fabulous. Recently, the actress was spotted at Mumbai airport along with husband Saif Ali Khan and sons Taimur Ali Khan and Jehangir Ali Khan. The family of four zoomed off to another holiday. And of course, Bebo did not fail to make a style splash with her airport look. She sported a denim-on-denim avatar and looked her comfortable best. While her look was pretty simple, it was her bag that grabbed eyeballs. Also Read - Kareena Kapoor Khan reveals how she is ensuring sons Taimur and Jeh believe in gender equality and this is the best parenting tip ever

Kareena Kapoor Khan carried a Dior Tote bag in black and white. Given the brand name, one can image how costly the bag would be. Well, we know the exact cost. On site, this bag is available for approximately Rs 2 lakh. This amount can easily fund flight tickets for two to Maldives. Well, Maldives because Kareena has reportedly gone off to the said location to spend some quality time with family. Also Read - Just 6 pics of Kareena Kapoor Khan's baby boy Jeh that are breaking the internet 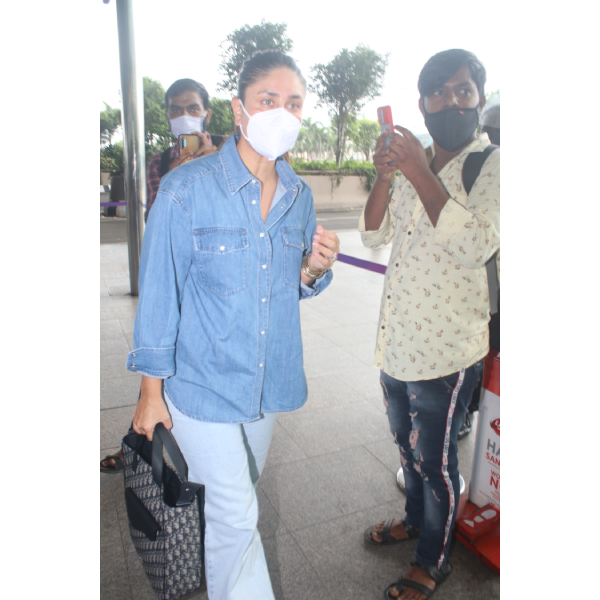 Apart from Kareena Kapoor Khan, Taimur and Jehangir also caught everyone's attention. The little ones cuteness made everyone go aww while Tim Tim won hearts with his goofiness. Both of them were dressed in adorable clothes. Saif also made a stylish splash in white pants and black shirt.

On the work front, Kareena Kapoor Khan has Laal Singh Chaddha next. She will be sharing the screen space with Aamir Khan in this one. It was suppose to release last year, however, due to the pandemic, the film's release got postponed. Apart from that, Bebo recently also turned producer as she announced her collaboration with Ekta Kapoor and Hansal Mehta.