#GaneshChaturthi: Karan Johar, Ileana D'Cruz, Aditi Rao Hydari's festive looks at the Ganpati celebrations at Ambani House did not impress at all

Mukesh Ambani and Nita Ambani hosted a grand aarti for the Ganesh Chaturthi celebrations held at their Antilla residence. It has now become a yearly affair. The evening was graced by many Bollywood stars like Katrina Kaif, Vicky Kaushal, Kriti Sanon, Karan Johar, Suniel Shetty, Ranbir Kapoor, Alia Bhatt to name a few. Everyone came dressed in the best of festive finery. We saw a lot of lehengas and sarees at the do. Some even opted for contemporary Indian fusion clothes. Actresses like Madhuri Dixit Nene, Vidya Balan, Kajol, Alia Bhatt and Karisma Kapoor opted for sarees and looked like a million bucks. However, some celebs failed to impress. Here is a look at who all left us disappointed with their choices... Also Read - Trending TV News Today: Rakhi gets into physical fight with Abhijit Bichukale, Bharti Singh reacts to attending VicKat wedding, Tejasswi Prakash’s brother is all game for TejRan and more

Karan Johar
The filmmaker wore a kurta from Payal Singhal's collection. It was a grey-coloured one with digital prints. Somehow it did not look event appropriate right from the colour to the print.

Aditi Rao Hydari
She is someone who never fails to impress. But her outfit for the Ganpati celebrations was rather blah. The black and magenta maxi dress was one for 'promotions' and we did not like the finishing touches either. Also Read - Katrina Kaif and Vicky Kaushal Sangeet: Songs, performances, theme and more - Here’s all you need to know [Exclusive] 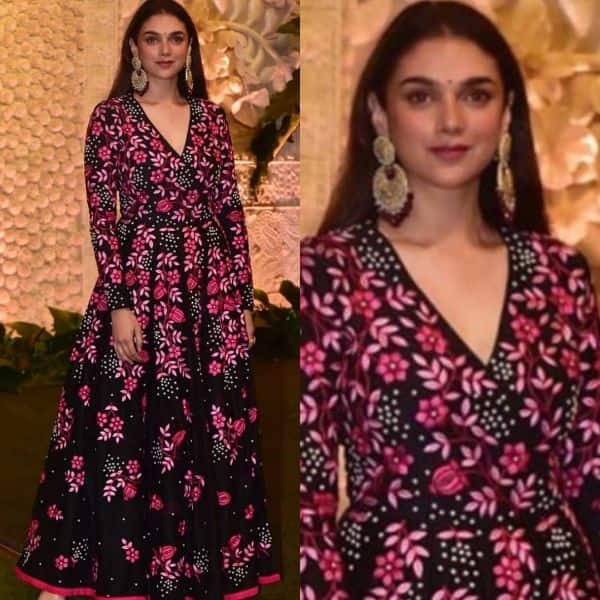 Sagarika Ghatge
The green sharara set from Raw Mango was quite a pretty one but Sagarika Ghatge did not put in any efforts to enhance the look. From the straight hair to earrings, it looked like she was in a hurry.

Athiya Shetty
Athiya Shetty always gets it right. The actress wore a cream coloured sharara for the festivities with a pretty dupatta. However, the overall effect was rather bland. Do you like what you see? 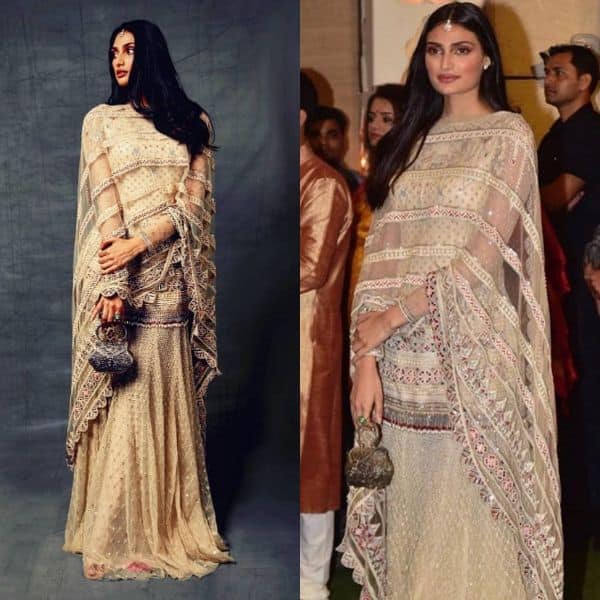 Ileana D'Cruz
The actress' outfit made for a sore sight. Period. 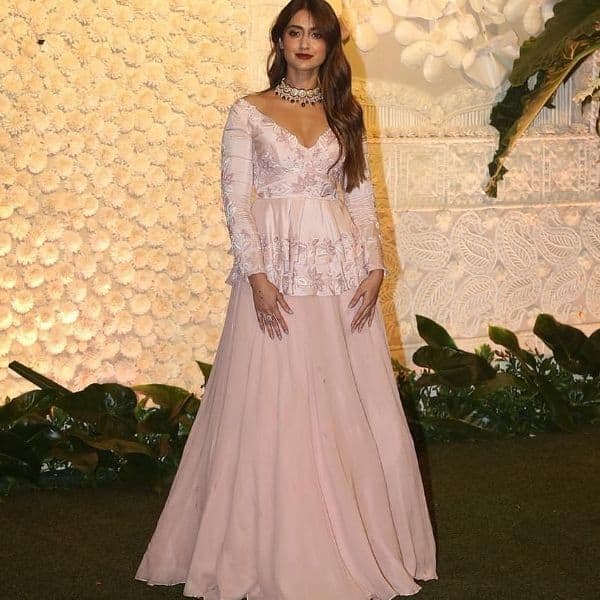 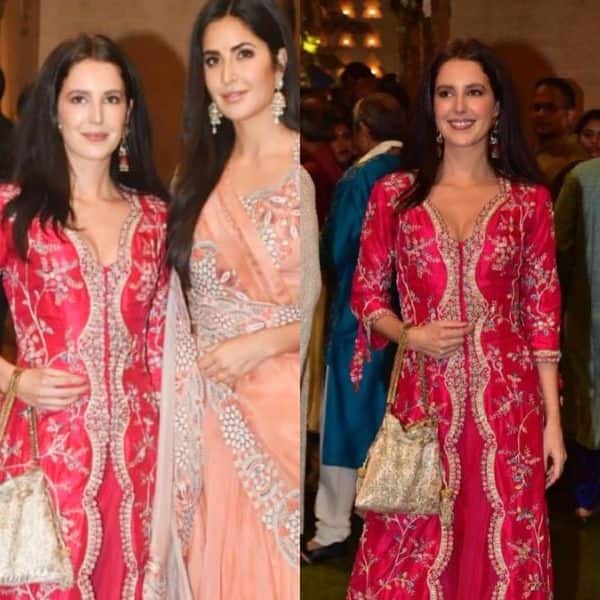 Geeta Basra
The actress is quite a stunner but the white lehenga did nothing for her. The jacket style top was rather tacky. 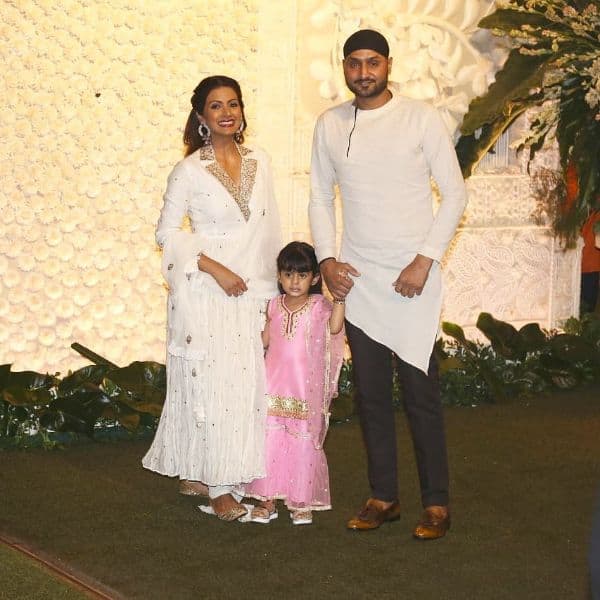 So, here were the celebs who did not exactly score 100/100 on the fashion meter at the Ambani House Ganpati celebrations. Stay tuned for more scoops and updates!