Sara Ali Khan is gearing up for Love Aaj Kal alongside Kartik Aaryan. The actress recently made an appearance on the singing based reality TV show, Indian Idol 11. Here's how much her look costs.

Sara Ali Khan is currently gearing up for her romantic drama film, Love Aaj Kal alongside Kartik Aaryan. The film is an Imtiaz Ali directorial and an installment to 2009's hit of the same name. The actress, along with her dashing co-star, is on a promotional spree of late. Love Aaj Kal is all set to release on February 14 and the makers along with the cast are leaving no stone unturned to promote their film. Also Read - Trending Entertainment News Today: Somy Ali makes a strong statement on Aryan Khan's drugs case; Sara Ali Khan brutally trolled for her awkward posture and more

For one such promotional visit to the sets of Indian Idol 11, Sara Ali Khan opted for ethnic wear. Sara wore a short sleeves kurta with flared sharara and sheer dupatta with floral motifs. Sara's kurta was heavily embroidered in the colours of blue, pink and yellow. She paired them with floral earrings. For her make-up, Sara opted for Kohl-eyes and glossy lips. She let her wavy hair loose on her back. The sharara caught our attention and we could not take our eyes off it. For her sharara, Sara invested about Rs. 55,000. Yep, in case you were wondering what would the sharara cost, now you know. Also Read - Janhvi Kapoor steals Sara Ali Khan's thunder on Ranveer Singh's The Big Picture – view pics

Also Read - 'That's an awful pose,' Sara Ali Khan gets massively trolled as she makes an appearance on Ranveer Singh's The Big Picture with Janhvi Kapoor

Here's a copy of her look: 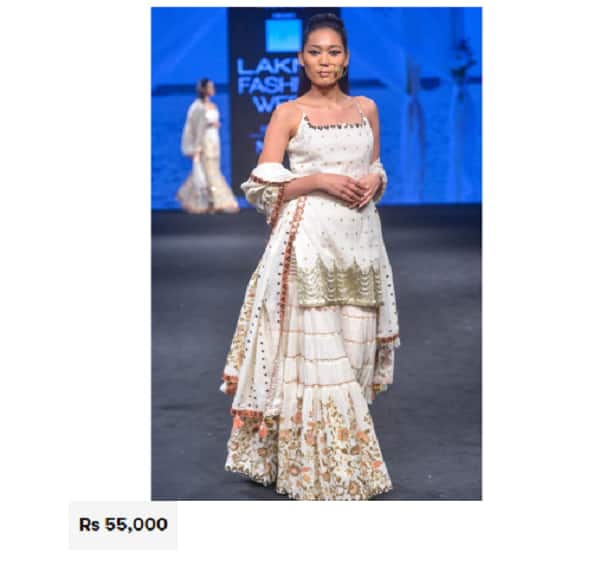 What do you think about Sara Ali Khan's outfit? Let us know by tweeting to us @bollywood_life.

For more scoops and updates, from the world of entertainment, watch out for this space.