Sonam Kapoor's mustard Silvia Tcherassi Miosotis dress can a burn a hole in your pockets.

Talk about fashion and the first name which pops up in our mind is - Sonam Kapoor. The Delhi 6 actress is the ultimate fashionista of Bollywood and there is no two ways about it. The national award-winning actress is an inspiration to many. Young girls look up to Sonam Kapoor when it comes to being fashion forward at any given occasion. As for Sonam, she takes her style game, a notch higher, every time she steps out in the city. From perfecting the airport style to acing the movie promotional looks, the beauty is always pitch perfect. And that’s the reason why the 33- year-old actress has earned the tag of being the most stylish star. Also Read - Priyanka Chopra, Katrina Kaif, Kareena Kapoor Khan and 4 more Bollywood actresses who raised brows with risqué necklines – view pics

Sonam's style file is not just classy but also costly AF. The actress splurges a hefty sum on her designer ensembles and her recent purchase is proof. At the Fila India x VegNonVeg sneaker launch in Delhi, Sonam wore a charming mustard dress with puff sleeves and she looked beautiful as ever. Also Read - RIP Milkha Singh: When The Flying Sikh fulfilled fan moments of Farhan Akhtar, Anil Kapoor and others with photographs

However, the price tag of Sonam's Silvia Tcherassi Miosotis Dress will leave you in a state of shock. But if you're the one who loves to splurge on shopping, then this outfit could be the best pick for you. So, the worth of Mrs Anand Ahuja's dress is $980, which is 67, 985 INR. Before you decide to buy this dress, take a closer at it here. Also Read - 5 stunning looks for a romantic date night inspired by Jacqueline Fernandez, Bhumi Pednekar, Kriti Sanon, Kangana Ranaut and Sonam Kapoor 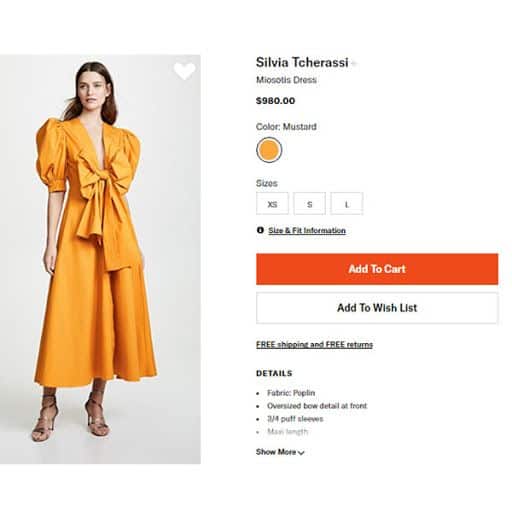 Here's how Sonam looked in this pretty dress...

Next up, the actress has The Zoya Factor opposite Dulquer Salmaan in her kitty. Directed by Abhishek Sharma, The Zoya Factor is an adaptation of Anuja Chauhan’s 2008 novel by the same name. The story of this film is set against the backdrop of the 2011 Cricket World Cup. Dulquer plays Nikhil, the Indian Cricket Team captain, while Sonam will be seen as Zoya, an advertising professional who interacts with the team when she has to shoot a commercial with them. Produced by Fox Star Studios and Adlabs Films, The Zoya Factor is scheduled to hit the screens on June 14, 2019.