Tamannaah Bhatia took to her Instagram handle and shared a picture, where she is seen posing serenely on a couch. It looks like the actress was lounging and conducting a photoshoot. Contrary to her usually glamorous outfits, Tamannaah opted for a simple peach-nude sweatshirt by Victoria's Secret.

Tamannaah Bhatia is one of the prettiest ladies in the entertainment industry. The actress recently made a special appearance in Sarileru Neekevvaru, in the song Mind Block. The actress has featured in films like Action, Petromax, Sye Raa Narasimha Reddy, F2: Fun and Frustration, Devi 2 and Khamoshi. She has been missing in action from Bollywood for a while now, but has been doing great in regional cinema. Anyway, like all others actors, she’s been forced into absence from the big screen. So, to compensate for missing her, we began sifting through Instagram and came across Tamannaah's post in which she was wearing a simple sweatshirt. Also Read - Trending OTT News Today: Nikki Tamboli, Rubina Diliak to join Karan Johar and the housemates in Bigg Boss OTT tonight, Kunal Roy Kapoor's character from The Empire sparks off meme fest and more

Some time ago, Tamannaah Bhatia took to her Instagram and shared a picture, where she is seen posing serenely on a couch. It looks like the actress was lounging and conducting a photoshoot. Contrary to her usually glamorous outfits, Tamannaah opted for a peach-nude, full-sleeved sweatshirt by Victoria's Secret, but looked gorgeous as ever in it. "Wake me up when it’s all over ???", she captioned the image. Also Read - It's Expensive! Tamannaah Bhatia's Marchesa gown costs as much as a car

Have a look at Tamannaah's post here: Also Read - Tamannaah all set to hit jackpot with Maestro?

What’s more, this little sweatshirt does not cost much. You could buy it for just Rs 2,300. Have a look at its price here: 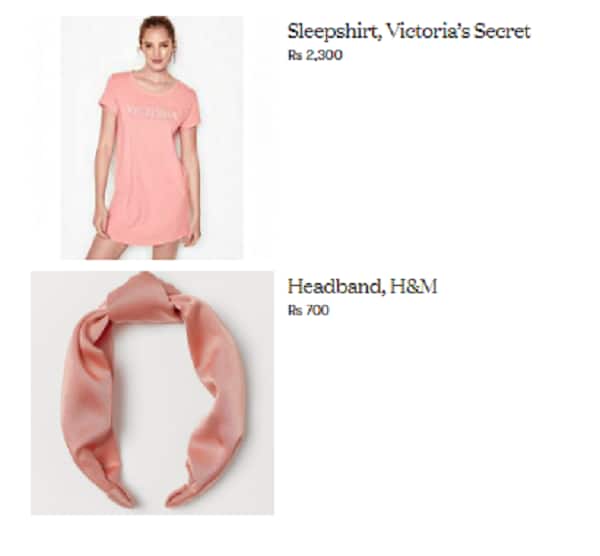 Meanwhile, there have been reports of the actress being out of work. Addressing the same, Tamannaah told IANS, "I have been making a conscious effort of multitasking between genres within the South Indian film industry. I have been away from Bollywood actively to ensure there's more versatility in my creative kitty and to ensure I'm not stereotyped into any particular genre. Versatility is the key to survival. I've always been passionate about cinema and I never wanted to limit myself to any one industry. There a lot of misconceptions about me, to be honest."

"The most bizarre piece of news I read recently was that I am out of employment! There are other stories of me not having a bright future in Bollywood, versus Tollywood. Just to clear the air, I'm working 365 days a year and hence I can't shuffle between multiple industries. I'm not part of the rat race and I don't want to prove a point to anyone. I want to make my mark on my own terms. For me it was only about acting, and not about the industry," Tamannaah claimed.