Anushka Sharma's airport looks were often the talk of the town whenever the actress was spotted leaving or arriving in the city. And now, here's a throwback to the time when Anushka Sharma spent a whopping amount on a bag that can cost two people's round trip to Dubai.

Anushka Sharma is a style icon. Anushka's style statements look effortless and it's like she has this inherent quality in which anything and everything she dons looks elegant, classy and tailor-made for her. Apart from her red carpet looks, Anushka's airport looks are quite popular in the world of fashion. Sometimes, it's just denim and a tee or a jacket or a long dress or cord set that she opts for but nonetheless, she sashays through the airport like a swan and that's saying something. Also Read - Disha Patani, Anushka Sharma, Mira Rajput Kapoor and more: Vacation pictures of Bollywood stars that will leave you green with envy – view pics

Now, talking about Anushka Sharma's airport looks, once Anushka wore a simple black cotton dress and sandals. She had her hair loose and sported a no-makeup look. Still, the Jab Tak Hai Jaan actress looked elegant. She carried a mini Louis Vuitton sling bag to go with it. Now, Anushka's collection of bags is quite huge and amazing. And this mini bag's cost is what caught out attention from her airport looks. Also Read - Not Virat Kohli but Anushka Sharma turned muse for THIS Bollywood actress in UK

Can you believe the cost of this mini clutch kind of bag? Well, to be honest, celebrities carrying fancy fanny packs, slings or totes isn't new. But, what could one do in this cost, will blow your mind away. The Phillauri actress's mini Louis Vuitton sling costs about Rs 1,21,000. And in this amount, two, not one but two people could have a round trip to Dubai for 4 days! Also Read - Deepika Padukone, Kareena Kapoor Khan, Anushka Sharma and more Bollywood beauties who went a little OTT with dramatic sleeves – view pics

Have a look at the cost of the sling bag here: 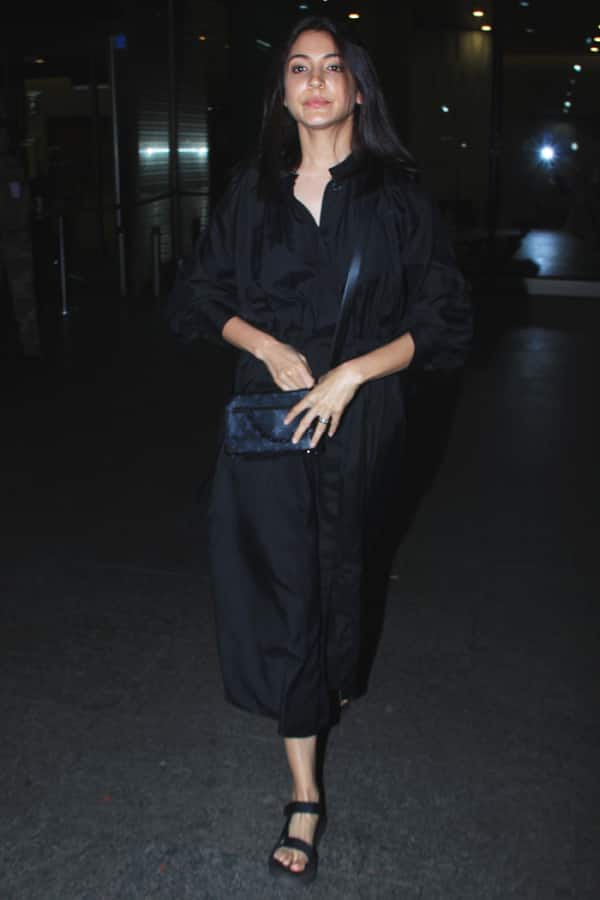 On the work front, Anushka Sharma is busy producing films and web shows. The recently released web show by Anushka is Paatal Lok that stars Jaideep Ahlawat, Gul Panag, Neeraj Kabi, Swastika Mukherjee, Ishwak Singh, and Abhishek Banerjee. The series is gaining a lot of favourable reviews and is a huge rage among the masses.

Anyway, what would you prefer- A two people's trip top Dubai or a Louis Vuitton sling? Let us know by tweeting to us @bollywood_life.