It's Expensive! Alia Bhatt flaunts a Gucci bag worth Rs 1.67 lakh at the airport

The airport has become the favourite spot for Bollywood celebrities to showcase their 'fashion ka jalwa'. From Priyanka Chopra Jonas, Deepika Padukone, Alia Bhatt, Kangana Ranaut, Sonam Kapoor Ahuja to Shahid Kapoor, Ranbir Kapoor, Karan Johar, Ranveer Singh, Anushka Sharma, almost everyone from B-town is obsessed with getting their airport looks correct. And they are ready to do anything under the same to up their airport style game with every outing. That being said, celebrities don't mind splurging heavily on shopping and always wish to be decked up from head to toe. Let's take for instance - Alia Bhatt's latest airport outing. Also Read - When Ananya Panday, Janhvi Kapoor, Sara Ali Khan and more young Bollywood divas left fans gasping for breath with their fiery hot bikini shots – view pics

After returning from Brahmastra's Varanasi schedule, Alia left for New York with her boyfriend Ranbir Kapoor. The lovebirds were spotted twinning and winning in white at the airport. The Kapoor lad opted for white cargos and a military green t-shirt which he paired with a white shirt, sneakers and a cap. On the other hand, Alia wore white cargos and a white shirt that she paired with a pink top. The actress opted for a no-make up avatar and yet managed to look absolutely stunning. Also Read - Trending Entertainment News Today: Raj Kundra breaks down as he returns home from jail; Malaika Arora BRUTALLY trolled for walking in a weird manner

However, we had our eyes on her Gucci limited edition bag. Goes without saying, the limited edition Gucci garden golden emboss bag that she had, can be heavy on anyone's pockets. The price tag of Alia's bag is 1,899 pounds which is Rs 1,67,342 when converted to Indian currency. Also Read - Kangana Ranaut labels Alia Bhatt's new ad replacing 'kanyadaan' to 'kanyamaan' as 'anti-Hindu propaganda'

Don't believe what you just read? Take a look at the snapshot and see for yourself: 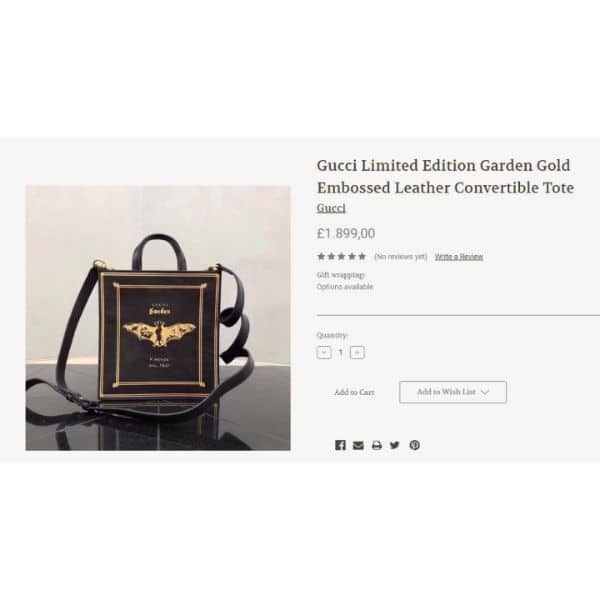 After spending time with Ranbir and his parents (Rishi Kapoor and Neetu Kapoor) in New York, the actress will resume shooting for Ayan Mukerji's Brahmastra. The trilogy by Karan Johar also features Amitabh Bachchan, Nagarjuna, Dimple Kapadia and Mouni Roy.

Post-Brahmastra, she will be seen with Salman Khan in Sanjay Leela Bhansali's Inshallah. The actress will be romancing the Dabangg actor for the first time and people have huge expectations from this unusual love story. But that's not all on Alia's platter. The 26-year-old is also making her debut down South with RRR featuring Ajay Devgn, Jr NTR and Ram Charan. Last but not the least, Alia will be working on Karan Johar's Takht as well. The multi-starrer has Anil Kapoor, Ranveer Singh, Kareena Kapoor Khan, Janhvi Kapoor, Vicky Kaushal and Bhumi Pednekar in key role.