With Dance India Dance, Kareena Kapoor marked her debut on the small screen. She will also be seen in Good News with Akshay Kumar and Angrezi Medium with Irrfan Khan.

Kareena Kapoor is a diva in her own right and recently became a glamorous addition to the host panel of Dance India Dance. For the second episode of the show, Bebo flew down from London and slipped into a sequenced blingy number. The actress dazzled in a sapphire gown, an impressive creation by Istanbul-based brand, Raisa Vanessa. The thigh-high slit ensemble and oversized bow added a whole lot of drama to Bebo’s OOTD, and those popping pink heels were truly a chic addition. Also Read - Ananya Panday drops the BOMB in a SEXY bralette and semi-sheer skirt – view pics 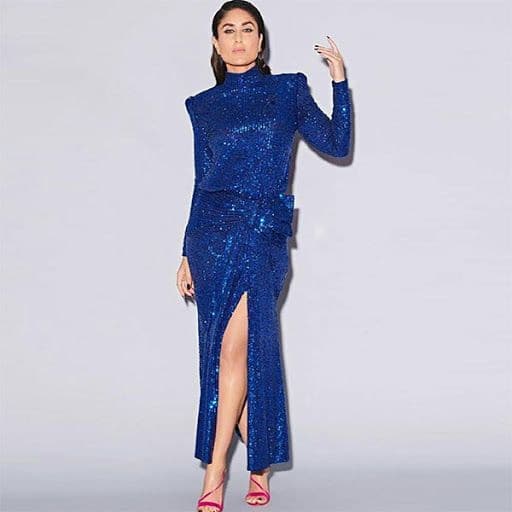 While we are in awe of Kareena’s sartorial choice, we decided to dig out the price tag of this blingy number. And be assured it will cost you an arm and leg to add this designer dress to your wardrobe. This sequenced midi dress is priced at a whopping $ 2300.81, which roughly translates to Rs 1,58,798.45. Now, isn’t that an eye-popping figure! But then a diva like Kareena does complete justice to such lavish outings. 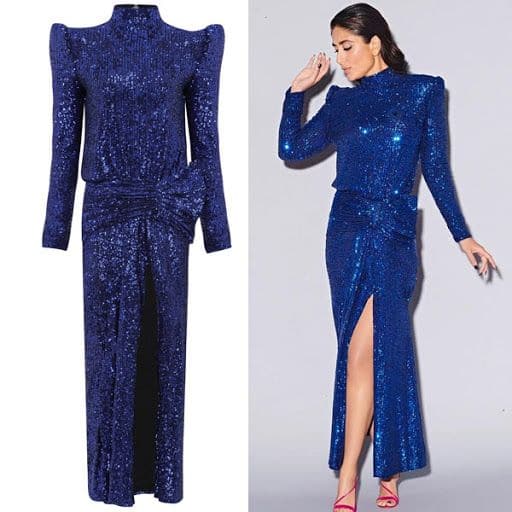 With Dance India Dance, Kareena marked her presence on the small screen for the first time. The excited actress impressed all in the first episode and fans are excited to see what Kareena has to offer next, as the reality show plays on.

Apart from this reality dance show, Kareena has two projects lined up for release. The actress recently wrapped up the shooting of Good News, alongside Akshay Kumar, Diljit Dosanjh and Kiara Advani. Good News is scheduled to hit the screens in December. Kareena also has Angrezi Medium with Irrfan Khan, wherein she plays the role of a cop, for the first time in her career.