Katrina Kaif has finally made it to our 'It's expensive' feature and we are so happy to write about her! The actress has got a quintessential fashion sense and let's just admit it, she is one of the best-dressed actresses in Bollywood.

Katrina Kaif has finally made it to our 'It's expensive' feature and we are so happy to write about her! The actress has got a quintessential fashion sense and let's just admit it, she is one of the best-dressed actresses in Bollywood. Kat won our hearts with her outfit choices during the promotions of her recently released film Bharat with Salman Khan. In Bharat, Kat was seen donning a variety of sarees but while promoting the movie, she channeled her inner diva as well and we approve of her Bharat style file. A few days ago, the actress was spotted wearing a multicoloured floral dress and Katrina carried the dress effortlessly. Also Read - Tiger 3: Emraan Hashmi FINALLY opens up on the release of the Salman Khan - Katrina Kaif starrer [EXCLUSIVE]

And when we checked the price tag of her Magda Butrym Lagos floral print dress, we found that it costs a whopping Rs 1,02,970. Expensive, isn't it? Personally, I would rather spend the same amount on a trip to Thailand. I mean, who would want to splurge 1 lakh on a dress?! Also Read - Anushka Sharma, Alia Bhatt, Katrina Kaif and more – 9 Bollywood beauties who are also talented photographers and click the most viral-worthy pics

Here's a snapshot of the dress' price for you to believe... Also Read - Alia Bhatt, Kangana Ranaut, Taapsee Pannu, Deepika Padukone, Katrina Kaif – who will emerge as the box office queen in 2022? Vote Now 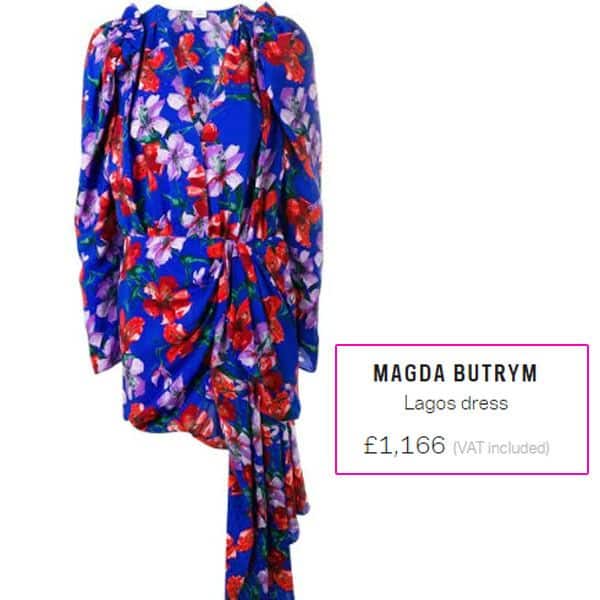 On the work front, Katrina's latest offering, Bharat is working well at the box office. With Rs 42 crore on day one, Kat got her second biggest opener of all time. Her first remains Thugs Of Hindostan with Aamir Khan, Amitabh Bachchan and Fatima Sana Shaikh. In Ali Abbas Zafar's Bharat, Katrina essays the role of Kumud Raina and she has been receiving a great response for her character.

Up next, she will be seen in Sooryavanshi. Katrina reunites with Akshay Kumar after nine years. Her last project with Akki was Tees Maar Khan (2010). Opening up about her reunion with the actor, Kat had told Bollywood Hungama, "I'm really excited. We have already shot a few days for Sooryavanshi. I really thought, 'What's it going to be like? There's going to be this uncomfortable...finding this comfort on set...because we are working together after nine years. It's a really long time.' But from the first 'action', I was like, 'Oh, okay, it's fine!' We still have that ease from the way that we worked together and he is a great co-star. I'm really enjoying on set with him."

Rohit Shetty's directorial is set to release on Eid 2020 and it clashes with Salman Khan-Alia Bhatt's Inshallah at the BO.