Dressed in all-white, Kangana Ranaut jetted off in style and how! The Manikarnika actress left of PM Narendra Modi's swearing-in-ceremony and will be attending the event in Delhi. 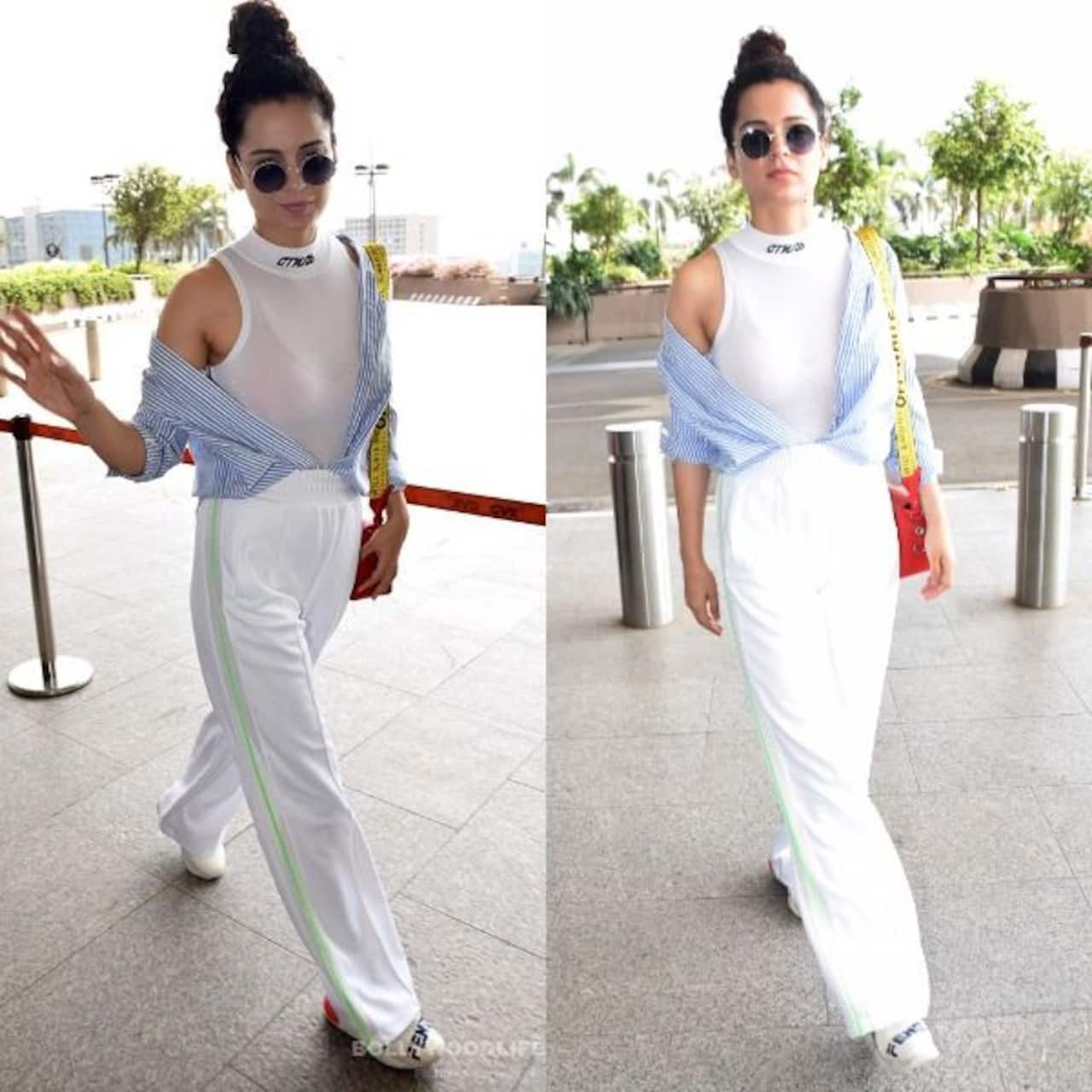 Kangana Ranaut can make anything look stylish. The Manikarnika actress who also made her directorial debut with the period saga is a bonafide fashionista and we wonder if there's something she can't do. Speaking about her style diaries through, the 'Queen' exudes confidence and oozes charisma whenever she steps out and it's no science really. Be it the red carpet at Cannes or an everyday work outing, the diva just knows how to wing it. In fact, Kangana Ranaut often turns the airport into a fashion runway with her sartorial choices and we can't seem to have enough of it. (Also Read: Panga diaries: This new picture of Kangana Ranaut from the sets raises our excitement for film) Also Read - 68th National Film Awards: When, where to watch the complete list of winners, past honours and more

Case in point, the recent bunch of pictures from this morning's #Spotted series. Kangana was papped before she took off for the swearing-in-ceremony of PM Narendra Modi in Delhi and it was a storm out there! Dressed in a perfect summer ensemble with a crop top, striped shirt and bottom look, all in white, she looked like she was ramp-ready. Matching Fendi shoes and Off-White bag along, she was a sight to behold. She coupled it with a top bun and tinted shades and how! Check out all the pictures and video here. Also Read - Before Dhaakad hits the big screens; here's a look at how Kangana Ranaut's last five releases performed at the box office 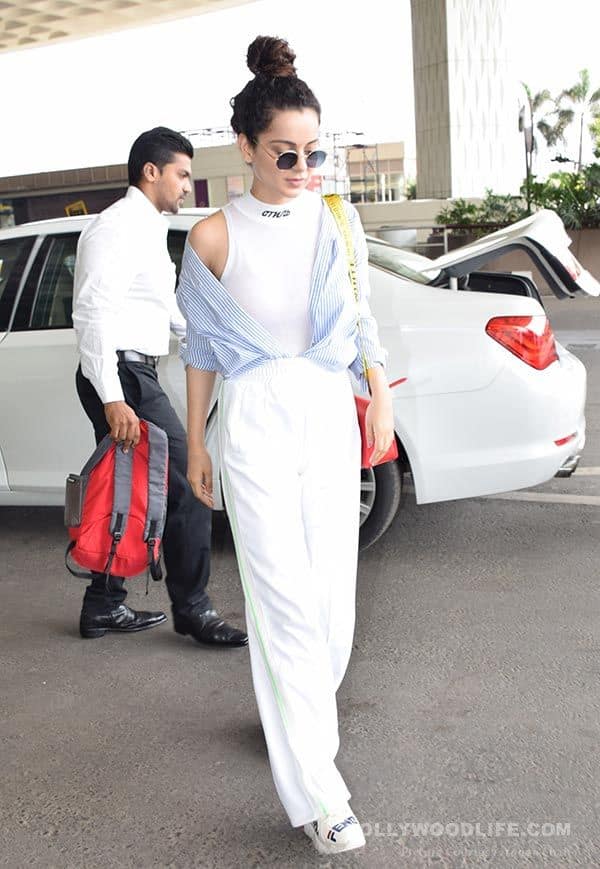 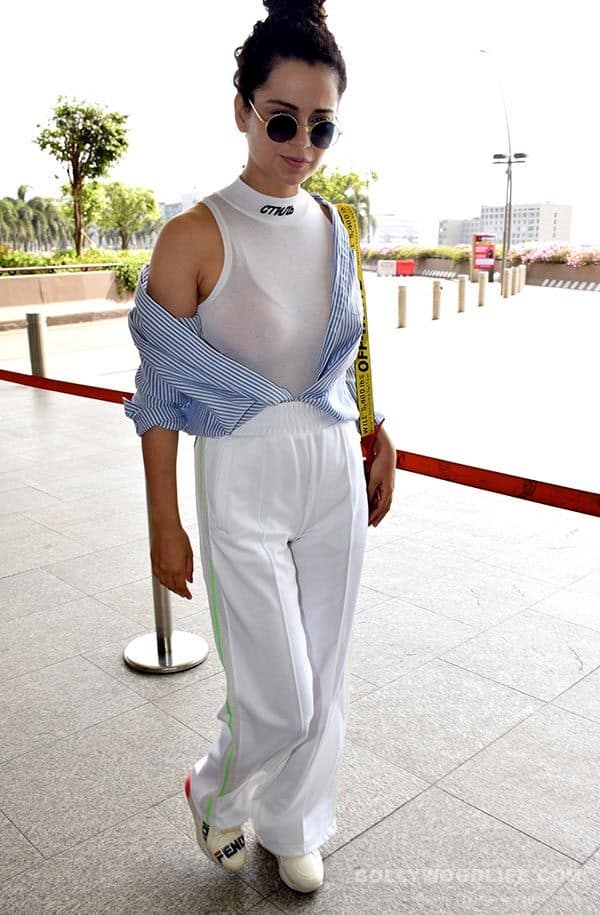 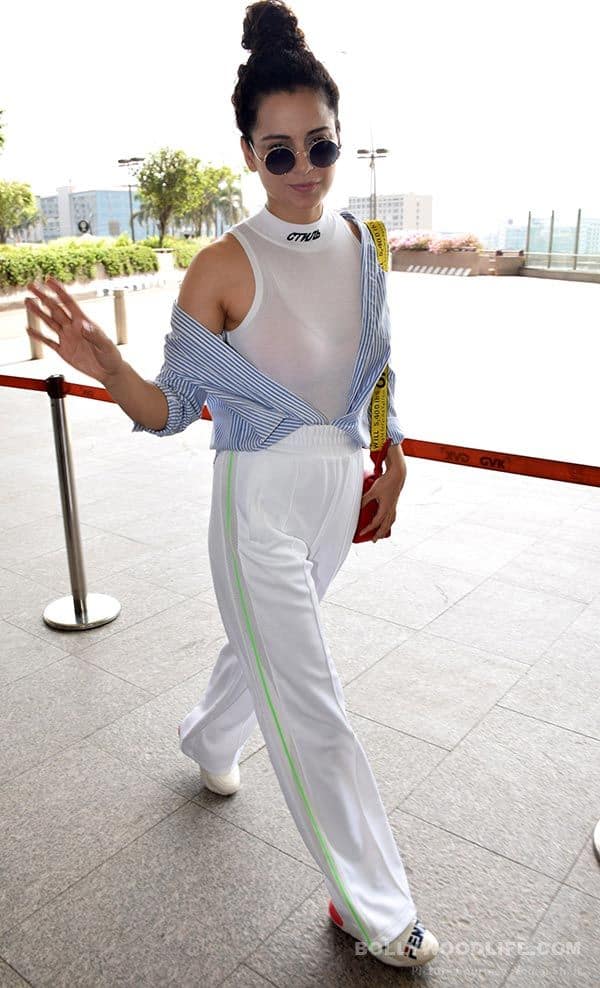 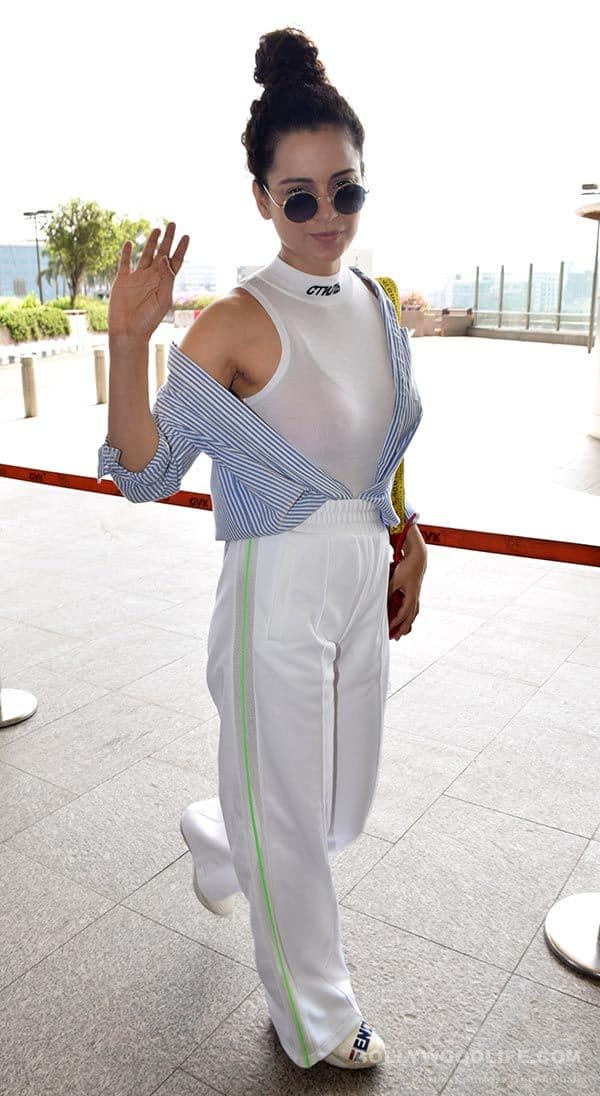 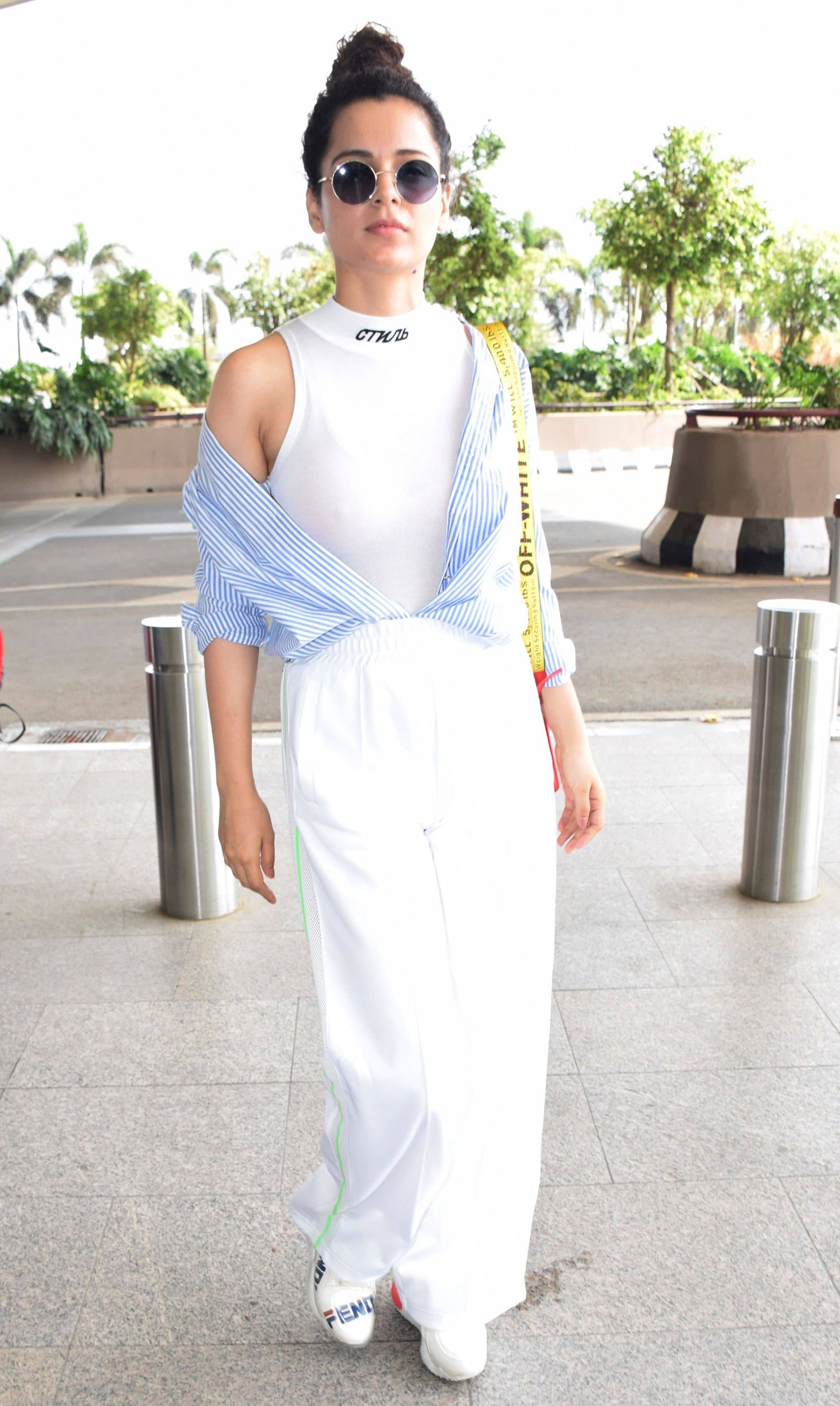 On the work-front, Kangana Ranaut will be next seen in Mental Hai Kya. It is directed by National award-winning Telugu filmmaker, Prakash Kovelamudi, who is making his Bollywood debut with the film. Prakash is known for helming films like Bommalata and Anaganaga O Dheerudu. The film is written by Kanika Dhillon and is produced under the banner of Balaji Motion Pictures. It also features Rajkummar Rao and Amyra Dastur in key roles. The film is scheduled to hit the screens on July 26.

She also has Ashwini Iyer Tiwari's Panga. it narrates the story of female kabaddi players and the problems they face. It also stars Neena Gupta, Jassi Gill, Richa Chadha and Pankaj Tripathi in key roles and produced under the banner of Fox Star Studios. It will lock horns with Varun Dhawan and Shraddha Kapoor's Street Dancer 3D at the ticket windows.