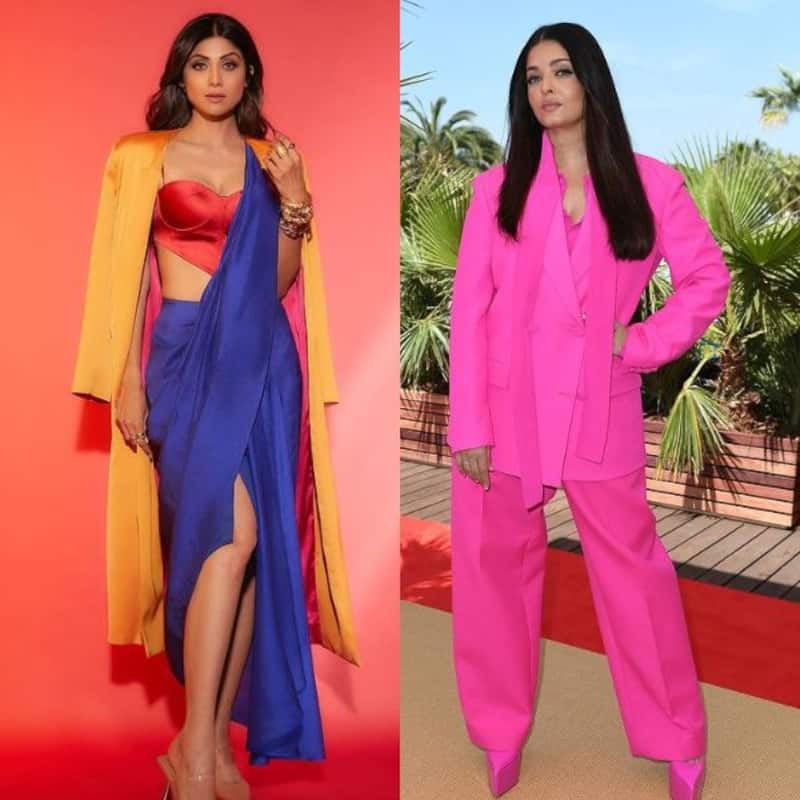 All eyes were on Cannes 2022 where a number of Indian beauties flaunted their red carpet looks. However, there were little fashion outings we could really for in the French Riviera. Aishwarya Rai Bachchan's hot pink Valentino pantsuit did nothing for the actress. Even if the colour stood out, the footwear and styling was sub par. The same goes for Tamannaah who was let down by that Yanina Couture gown that seemed fit only for a magazine photoshoot. Here is a lowdown... Also Read - Bharti Singh flaunts massive solitaire earrings gifted by husband Haarsh Limbachiyaa; jokes, 'Loan leke liye hain' [WATCH]

Aishwarya Rai Bachchan
Aishwarya Rai Bachchan's looks at Cannes 2022 have been rather disappointing. Barring the Dolce & Gabbana gown, and the eye-catching Gaurav Gupta sculpted Venus gown, the looks were rather average. This hot pink pantsuit did not score any points whatsoever. The chunky pink heels and boring makeup did not do justice to the diva. Also Read - When Ranveer Singh asked Anushka Sharma if she wants her a** to be pinched; here’s how the shocked actress reacted

Sonakshi Sinha
We loved the makeup and her hairdo, but Sonakshi Sinha's overall look did not please us as much. It looks like skinny jeans would have been a better option to let that blazer and bralet stand out. This look is haphazard. Also Read - Here’s how Ranbir Kapoor helped Ranveer Singh become the superstar that he is

Tamannaah
Tamannaah wore this black outfit from Yanina Couture. The outfit with a long cape and frills done on the hem was just too much. The actress wore it confidently but the dress looked jaded especially the front part of the gown. What do you feel about it?

Janhvi Kapoor
Janhvi Kapoor was spotted for a night out in a black mini dress. The risque outfit had a lacy pattern at the edges. The outfit gave off the vibes of being a slip or nightwear. The actress got trolled immensely.

These were the celebs who failed to impress us sartorially this week. What do you feel about their fashion outings; tweet and let us know...