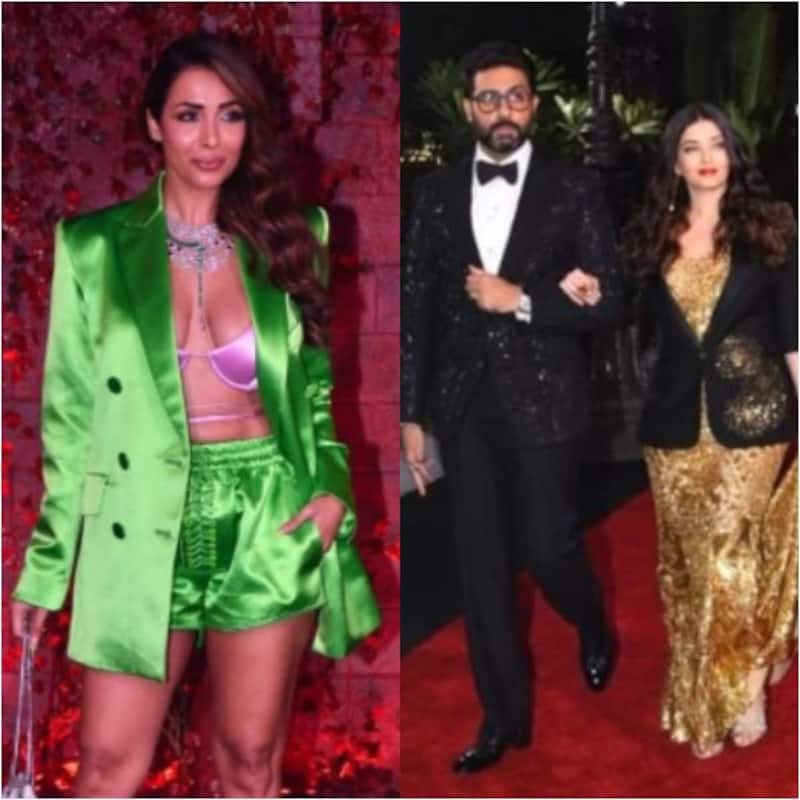 It is Monday and time to go through the fashion disasters of the week gone by. We had the biggest birthday in town, that of Karan Johar and stars turned up in the bling-iest best. While 90 per cent of the celebs looked great, a few tanked with their choices. Shweta Bachchan's Radhe Maa outfit, Malaika Arora's parrot look and Aishwarya Rai Bachchan's golden gown made us wonder what went so wrong. Here is a look at the fashion disasters of the week... Also Read - Aamir Khan-Karan Johar, Priyanka Chopra-Kareena Kapoor Khan and more: 5 times Bollywood stars ROASTED other celebs publicly

Shweta Bachchan
The lady came in a hibiscus red kaftan style dress for Karan Johar's party. Shweta Bachchan is known to be maximalist at times but this look was not at all flattering. This look gets a direct thumbs down. We have seen her do so much better. Also Read - Laal Singh Chaddha: Ira Khan promotes dad Aamir Khan's film in the most romantic way with boyfriend Nupur Shikhare [View Post]

Aishwarya Rai Bachchan
This is one of the most disappointing looks of late for an event. Aishwarya Rai Bachchan's ho-hum outing seems to be continuing from Cannes 2022. She was not at her best at the French Riviera but this look is downright tacky. We wonder what the stylists were thinking. Also Read - Trending Entertainment News Today: Laal Singh Chaddha-Raksha Bandhan BO war, Vijay Deverakonda FORCED to leave Liger event, Shah Rukh Khan annoyed and more

Malaika Arora
Parrot green blazer-shorts, silver clutch, hot pink sky heels and purple bra, Malaika Arora's look for Karan Johar's party left many scratching their heads. Fans wondered what went wrong with this look on the fashionista. But then, Malaika Arora is known to be a risk-taker.

Tejasswi Prakash
The Naagin 6 actress was seen in white with boyfriend Karan Kundrra. They were headed for a shoot. Tejasswi Prakash's white top reminded us of something that Harry Styles wore two years back.

Rubina Dilaik
The actress wore a white outfit for the interviews of Khatron Ke Khiladi 12. While the shade of white looked great on her, we cannot say the same about the silhouette of the outfit.

These were the celebs who failed to score on the fashion charts. Let us know what you feel about the same...