Worst dressed celebs of the week: Erica Fernandes, Rakhi Sawant, Chahat Khanna make us shake our heads in disbelief after their tacky outings 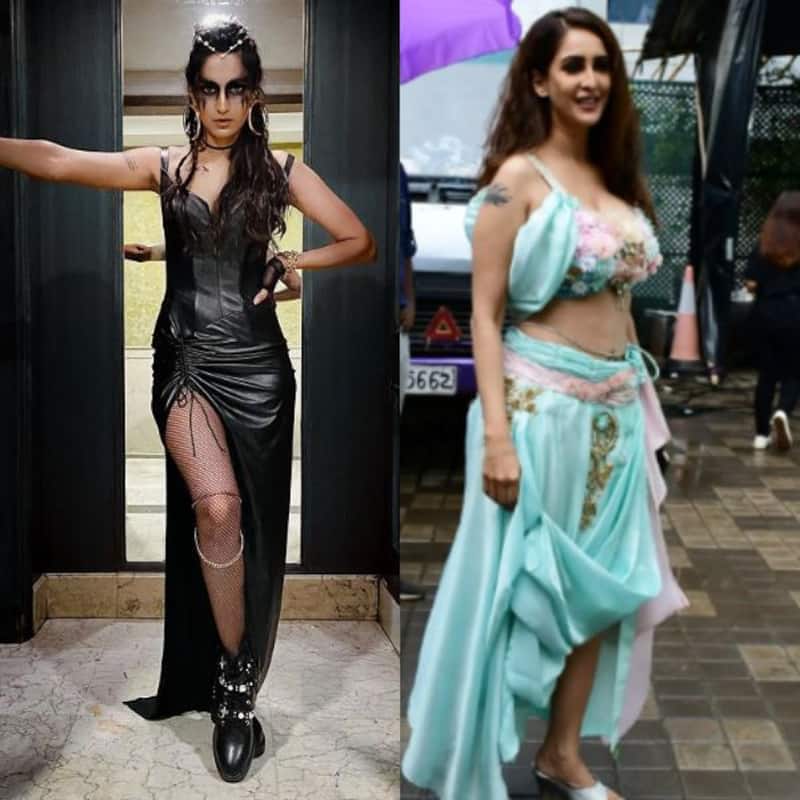 This week quite a few celebs failed to impress. Malaika Arora got trolled for her look at the airport. On the other hand, Erica Fernandes and Rakhi Sawant served up outlandish almost Met Gala kind of looks at a desi awards show. Chahatt Khanna was seen in an ensemble which has to be one of the tackiest we have seen in recent times. Also Read - Jug Jugg Jeeyo success bash: Kiara Advani gets massively trolled as she ditches pants for a long blazer look; netizens say, 'Didi pant toh pehen lo'

Malaika Arora
The lady was seen in a look at the airport which is common with Deepika Padukone and Alia Bhatt. She wore a khaki trench coat with matching pants with a bustier underneath. Somehow, the whole look did not look well put together. What do you feel about it? Also Read - Trending Entertainment News Today: Fans concerned for pregnant Alia Bhatt, Madhuri Dixit's alleged lip job, Uorfi Javed hospitalised and more

Chahatt Khanna
Chahatt Khanna was clicked at a studio where she was shooting for something. It looks like she wore a costume. But the dress looks terrible. It is one of the tackiest we have seen in recent times. Also Read - Ahead of Sussanne Khan-Arslan Goni wedding, here's a list of Bollywood divas who found love again and married for the second time

Nushrratt Bharuccha
The actress was seen in a crimson saree with a silver border. The deep colour seemed to have been tailormade for Nushrratt Bharuccha's skin tone. The silver zari border was also okay. But we hate the frills on the tube style blouse. A silver sleeveless blouse or just a plain strappy blouse would have made the stand out even more.

Rakhi Sawant
Well, she does know how to make us laugh aloud with her costumes. Of late, Rakhi Sawant looks all set for the Met Gala with her outlandish dresses. This one is quite epic.

Neha Bhasin
Neha Bhasin wore this gown for an awards show in the city. The singer's styling was on point but the colour and print of the gown was such a let down. Here is a look...

Erica Fernandes
The actress chose the Vikings look for the same awards show attended by Neha Bhasin. She looked unrecognizable. We wonder what was the theme of the do.

So, these were the celebs who failed to impress this week...