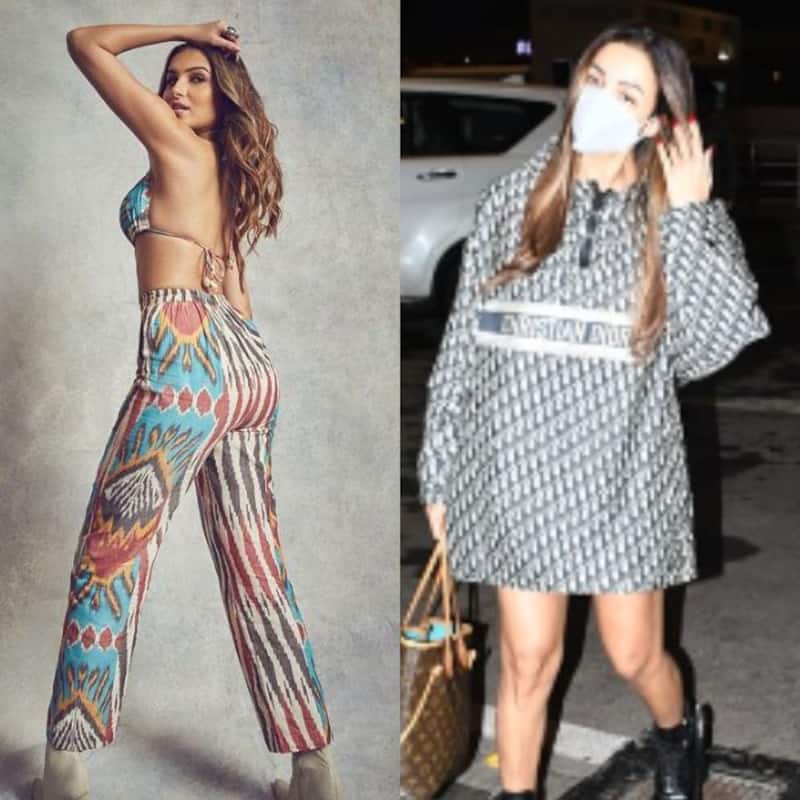 Actresses like Kiara Advani, Tara Sutaria and Janhvi Kapoor have been busy promoting their films. We have seen a lot of actresses stepping out in curated looks. While some have impressed, others were lacking in some department or other. In some cases, the outfits just did not photograph well. Take a look... Also Read - Aamir Khan-Karan Johar, Priyanka Chopra-Kareena Kapoor Khan and more: 5 times Bollywood stars ROASTED other celebs publicly

Tara Sutaria
Tara Sutaria was seen promoting Ek Villain Returns in a pair of matching separates. The cropped palazzo style pants was teamed with a bikini top. Silver jhumkis and a stack of bangles finished off her look. The outfit was not at all flattering and the whole look was rather bad. Also Read - Laal Singh Chaddha: Ira Khan promotes dad Aamir Khan's film in the most romantic way with boyfriend Nupur Shikhare [View Post]

Malaika Arora
Malaika Arora was seen departing for Paris from Mumbai in a Christian Dior shirt dress. It was in a simple trademark design. She teamed it with lace up boots and a Louis Vuitton tote. Somehow, the diva did not look as appealing.

Sanya Malhotra
The actress stepped out for the promotions of Hit The First Case in a pair of separates. The blush pink outfit had a jacket style top and skirt. She teamed it with a tight bun and golden heels. Sanya Malhotra's overall look was blah.

Janhvi Kapoor
The starlet has begun the promotions of Good Luck Jerry. Her looks for the promotions have been quite insipid so far. It looks like the actress has been doing things in a rush. What do you feel about the corset and denim look?

These were the celebs whose uninspiring fashion outings made us yawn and how. We are sure they'll bounce back with a bang.