With the Rahul Vaidya and Disha Parmar wedding happening, we got to see a lot of celebs in wedding finery. Some of them rocked the shaadi look but others flopped royally. Here is a look at the worst dressed celebs of the week... Also Read - Mika Singh's car breaks down while returning from Disha Parmar-Rahul Vaidya's sangeet with Akanksha Puri; locals come to his rescue – watch

Rashami Desai
The actress was seen at the wedding reception of Disha Parmar and Rahul Vaidya in a brown ensemble with sequin work done on the bust. Right from the semi sheer lining to the silhouette nothing looked flattering. Rashami Desai's makeup was perfect but even her gorgeous smile could not save that outfit. Also Read - Rahul Vaidya-Disha Parmar sangeet party: Aly Goni, Vindu Dara Singh's Khalibali performance wins hearts, Rakhi Sawant, Arshi Khan, Rashami Desai, Jasmin Bhasin cheer for #DisHul

Aakanksha Puri
The actress was seen in the city wearing a metallic saree with a velvet sleeveless blouse. While she has the perfect height and body to rock a saree, the outfit in itself was nothing great to write home about. The blouse with the bow at the shoulder looked rather tacky. Also Read - Akanksha Puri says she is single and ready to mingle, but there’s a catch 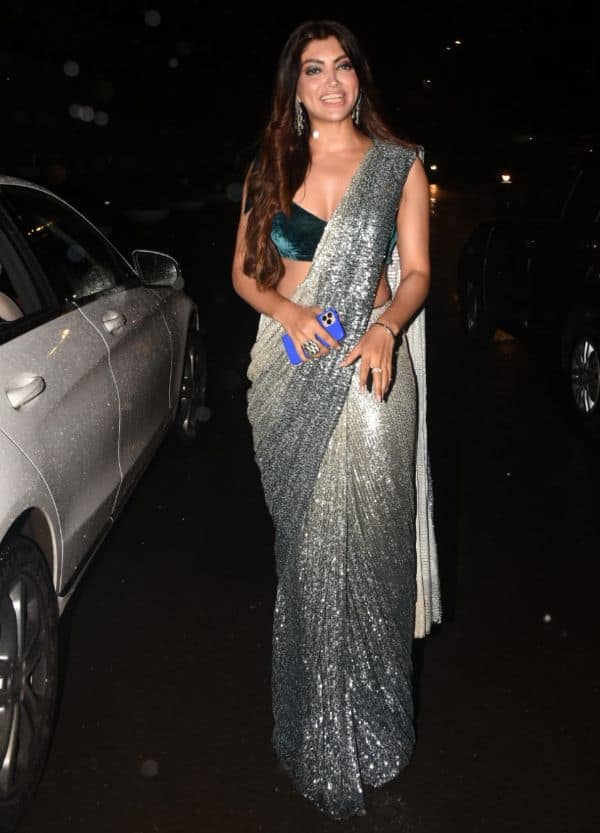 Ankita Lokhande
The actress posed in a cotton outfit that looked breezy but too dull given the grey skies outside. We also like did not like the bottoms that had a slit plus trimmings. With the hairband and white sneakers, the look was just too confusing.

Nia Sharma
For a show, the actress wore a black skirt with a printed blouse. The top had a deep neck with gold chains. Whether it was the chunky belt, green heels or rainbow coloured top, nothing looked seamless. Nia Sharma's makeup was nice and glowy but that could not prevent the fashion disaster.

Pavitra Punia
Pavitra Punia is someone who we adore for her fashion choices but this look did not impress as much. We love the colour on her, but the cut and fit looks so amiss.

These were the celebs who failed to impress us this week. What do you feel about it? Let us know with your tweets...