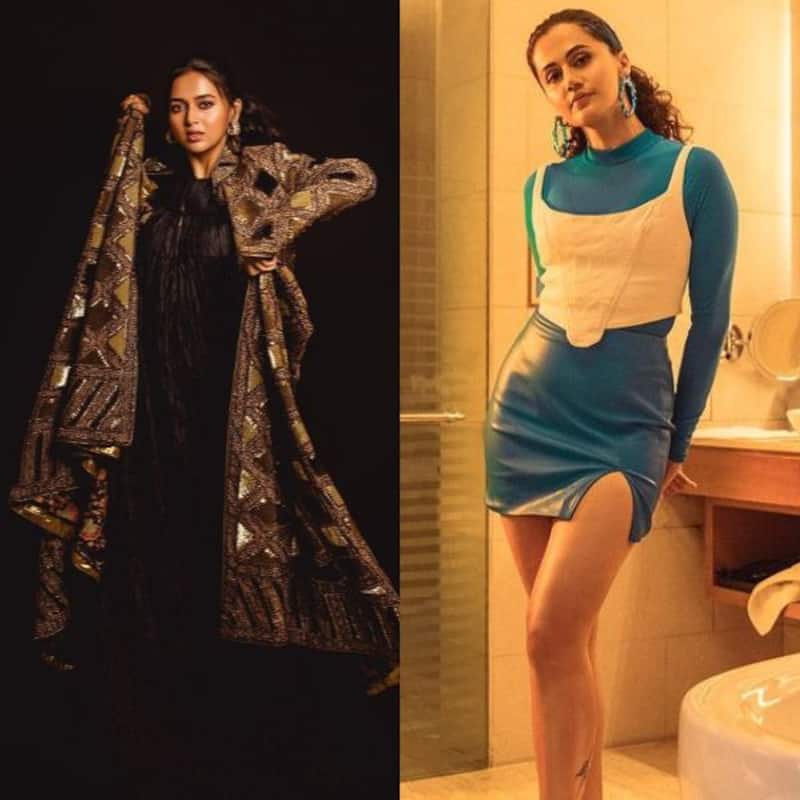 It is Monday and time to check on the fashion offenders. Tejasswi Prakash. Urfi Javed, Taapsee Pannu and some other celebs left our moods dampened with their uninspired styling. Here is a lowdown on the celebs with flop fashion outings in the week gone by... Also Read - Aamir Khan-Karan Johar, Priyanka Chopra-Kareena Kapoor Khan and more: 5 times Bollywood stars ROASTED other celebs publicly

Tejasswi Prakash
Rohit Bal is known for his regal royal couture, and not many can carry off his clothes to perfection. This black and gold outfit on Tejasswi Prakash was a misfit. The actress tried her best but it looked very overwhelming on her. The heavy jacket also did not come out as stylishly as it was expected to. Also Read - Laal Singh Chaddha: Ira Khan promotes dad Aamir Khan's film in the most romantic way with boyfriend Nupur Shikhare [View Post]

Urfi Javed
Uorfi Javed's light blue dress with the criss cross pattern was tacky AF. She has a signature style statement but some of her latest looks weren't an eyesore like this one. Do not even get us started on that school girly ponytail look. Also Read - Trending Entertainment News Today: Laal Singh Chaddha-Raksha Bandhan BO war, Vijay Deverakonda FORCED to leave Liger event, Shah Rukh Khan annoyed and more

Taapsee Pannu
The actress was seen at an event dressed in a blue outfit with a white corset kind of top. Taapsee Pannu was at the promotions of Shabash Mithu. This look was downright tacky.

Nora Fatehi
The lady was seen in a blue ganjee with a pair of flared denims that looked like palazzo pants. Nora Fatehi's off-duty look was rather funny with the denims blowing in the windy monsoons.

Rajkummar Rao
Rajkummar Rao is busy with the promotions of his new movie with Sanya Malhotra. The actor has always been a pretty sharp and suave dresser. But the looks for the promotion of this movie have been disappointing. Take a look...

These were the celebs who failed to impress us with their fashion outings this week. What do you feel about their sartorial choices?