Worst dressed: From Sahher Bambba to Priyanka Chopra, these B-town beauties can do better for fashion's sake

From newbie Sahher Bambba to showstopper like Priyanka Chopra and from Karisma Kapoor to Kajol, here are the picks that didn't go down well by the fashion police. The patrol also flagged Nushrat Bharucha and you'll know why. Cheggit!

This article could have easily been headlined as 'What were they thinking' but fashion is subjective blah blah (and we were warned). But even in the trial of softening the blow, we are digging dirt and it's only for you. Because God knows, even with all the help in the world and an entourage of people picking outfits for them, Bollywood, at times, does get fashion as wrong as it could go. Unflattering clothes apart, sometimes celebs overdo/underdo it and nothing hurts us as much. Apart from that, stars who opt for style as a chore fall flat on their face and then there's no saving them. Yes, there is always another day, another fashion outing but once spotted, you gotta call a spade, a spade. Also Read - Worst dressed: Even Sonam Kapoor, Kareena Kapoor Khan couldn’t make these drab outfits work!

So, from newbie Sahher Bambba to showstopper like Priyanka Chopra and from Karisma Kapoor to Kajol, here are the picks that didn't go down well by the fashion police. The patrol also flagged Nushrat Bharucha and you'll know why. Cheggit! Also Read - Best dressed: Priyanka Chopra, Sonam Kapoor teach us how to wear plunging necklines with aplomb! 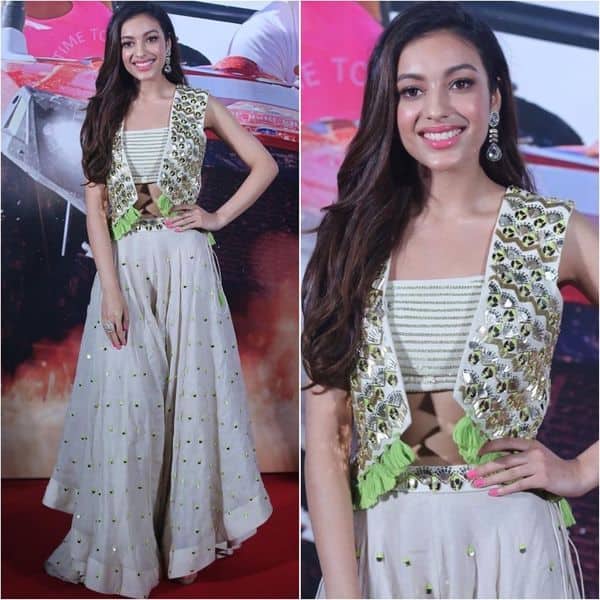 A newbie, Sahher Bambba is all set to enter the showbiz but unfortunately this is not the first impression she would want to leave behind. During the trailer launch of her film Pal Pal Dil Ke Pass where she has shared screen space with Karan Deol and has been directed by Sunny Deol, Sahher didn't look like she meant it. Dressed in an ivory Maison Blu sharara pant-set with embellishments, the new kid on the bloc looked just that. And nothing more. 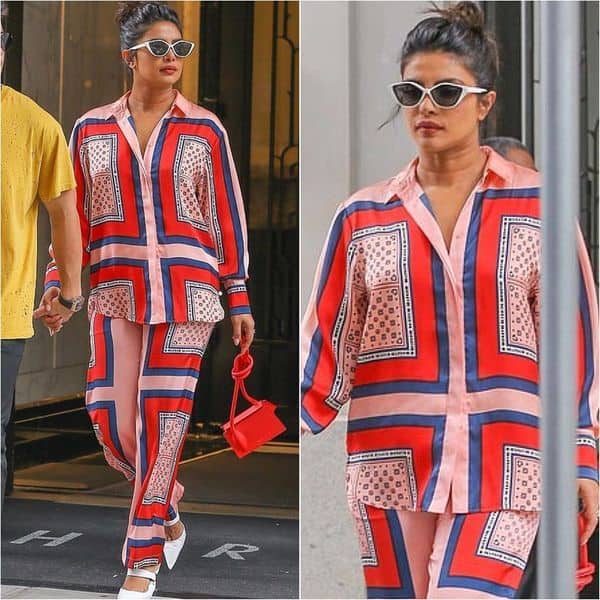 Hey, we are totally here for a slick and satin pyjama OOTD moment but Scotch & Soda bandana print co-ords are no where near! Even with the stylish sunnies and white kitten heels, Priyanka Chopra let her thunder get stolen away in this ill-fitted piece. Maybe next time? 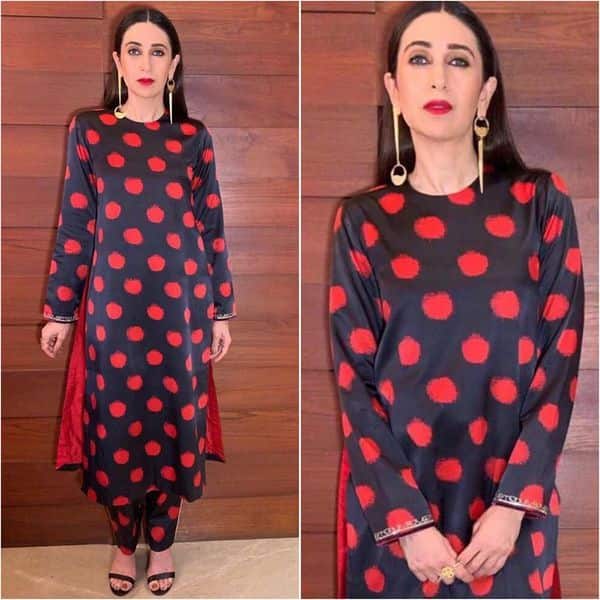 Karisma Kapoor recently stepped out in a Kshitij Jalori outfit and we are wondering why! The black salwar kameez with red diffused polka dots could have easily been saved for a non-camera day. But even when baring it simple, the styling on it lacked oomph. And accessories! 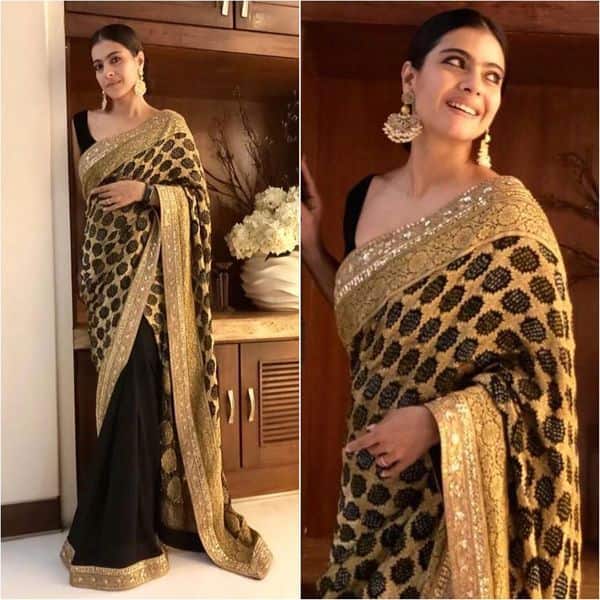 Kajol recently stepped out in a black and golden saree Manish Malhotra saree and we have honestly seen better from both. Neither did the saree pack anything more than a heavy embroidery nor did Kajol accentuate it with any other element but chunky earrings. 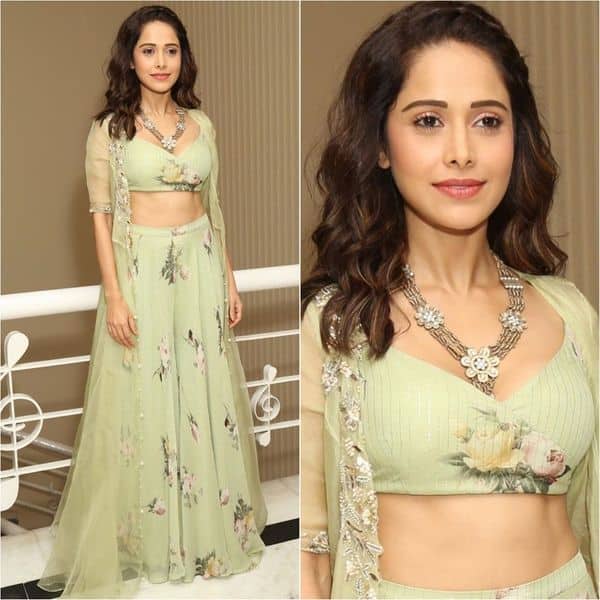 Nushrat Bharucha is currently going about the town to promote her upcoming film Dream Girl with Ayushmann Khurrana. But the actress missed out on her dreamy quotient in this pastel green Mahima Mahajan ensemble. Be it the floral motifs or be it the hardy admissible cape, there just was nothing to note!