Aamna Sharif on her first ever kissing scene in Aadha Ishq: 'I had arguments to understand why it's important’ [Exclusive]

Aadha Ishq actress Aamna Sharif while talking to BollywoodLife opened up about her first on-screen kiss. Read on to know more... 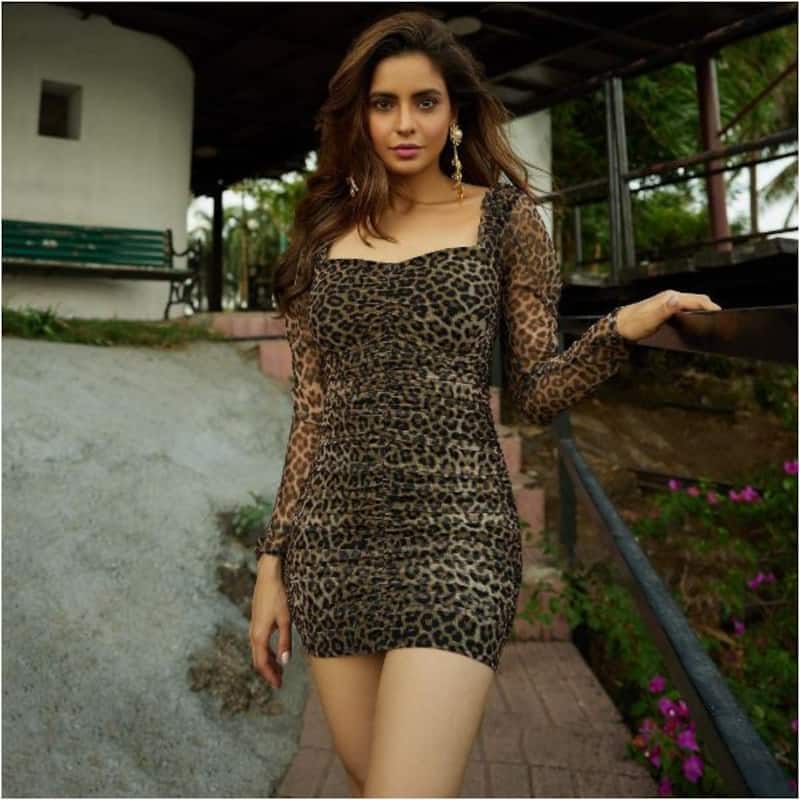 Aamna Sharif is one actress who has been a part of all the mediums. She left a mark on TV, later did some Bollywood films, and now, she is slowly and steadily making a mark on OTT. Aamna’s web series Aadha Ishq started streaming on Voot a few weeks ago and the actress’ performance in it is being appreciated a lot. BollywoodLife recently spoke to Aamna and the actress opened up about her first on-screen kiss in the web series. Also Read - Raksha Bandhan box office collection day 3 PREDICTION: Akshay Kumar starrer manages a small 25% jump but remains poor in metros and multiplexes

When asked if she is choosy while selecting the script on OTT as sometimes there’s a lot of skin show in web series, the actress told us, “As long as the script requires; I have kissed for the first time on screen in Aadha Ishq, but from any angle, it doesn’t look forced. It just goes in the flow with the entire script, and in fact, if you remove it from the script, it probably wouldn’t work because it’s a passionate love story. So, yes, of course, I am very particular about it. I just don’t want to do it because I have to do it and because it's on the OTT platform.” Also Read - After Hrithik Roshan praises Aamir Khan's Laal Singh Chaddha; social media reminds him that 'Boycott Bollywood' will come for Vikram Vedha next [Read Tweets]

“I have had several discussions with my producers and my director that why it is required like we literally had arguments, and sat and spoke about it that why we need to. Then when you get the narrative and when you hear their point of view; you come to a conclusion and a middle path like okay maybe this much is important. So, for me, to be convinced as an actor to what I am doing on screen is very important,” Aamna Sharif added. Also Read - Laal Singh Chaddha box office collection day 3 PREDICTION: Aamir Khan starrer finally sees decent growth of 50% but needed an even bigger jump

Aamna rose to fame with her role of Kashish in the show Kahiin to Hoga. The show ran for four years, and the actress’ chemistry with Rajeev Khandelwal was appreciated a lot.