Aditya Narayan and Shweta Agarwal have revealed their daughter Tvisha's face for the first time. She is looking adorable. 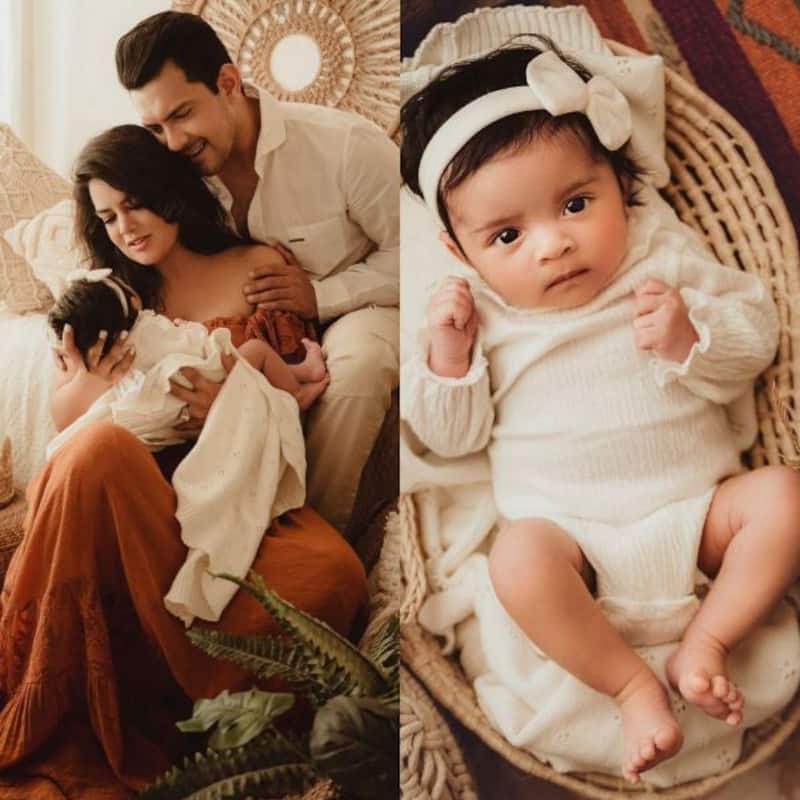 Aditya Narayan and Shweta Agarwal welcomed their baby girl Tvisha on February 24, 2022. White they had shared her pics in the past, they had hidden her face. Today, as the baby completed 3 months, they have shared a picture in which they have shown her face for the first time. Wrote Aditya, “3 months old tomorrow! Here she is, our beautiful angel.” Her picture is getting a lot of reactions from fans and celebs. Vishal Dadlani wrote, “She's everything! Pairon ka aashirwaad lekar show shuru karte hain!” On the other hand, Himesh Reshammiya reacted with many heart emojis. Have a look at the post below: Also Read - Shah Rukh Khan STEALS the thunder with his cameo in R Madhavan's Rocketry: The Nambi Effect claim fans

Meanwhile, in a past interview with BollywoodLife, Aditya had opened up on the criticism that comes his way. He had said, "Honestly, I feel like we have to be authentic to ourselves. We should be honest with ourselves. And na hi humko waah-waahi se bohot jyada fark padna chahiye aur an hi humko criticisms se jyada fark padna chahiye. (We should neither be affected by the praises nor the criticisms). Because that is not the reason why I am doing this. I don't make music or host shows for people to love me. I do it because I love hosting shows. I love being a part of these music reality shows. I love making music. Logon ka opinion secondary hai. At the same time, agar mere man mein aisi koi baat hai jo main bolna chahta hu logon ko, I should always say it. Kyunki hum insaan hai and just because chaar log iska bura maan jayenge ya kisi aur tarike se usko le lenge, iska matab ye nahi ki main apni sacchayi nahi bolu. (People's opinion is secondary. If I have something to say I will say it. We are human beings and just because a few will feel bad or take it in the wrong way doesn't mean I won't say my truth)." Also Read - Sushant Singh Rajput to Harsh Varrdhan Kapoor; Rhea Chakraborty was linked up with these actors [Watch]