Amid the separation reports, Charu Asopa was brutally trolled by netizens for applying sindoor. Now Rajeev Sen has complimented her about her looks, which made their fans requesting them to end their bitterness. 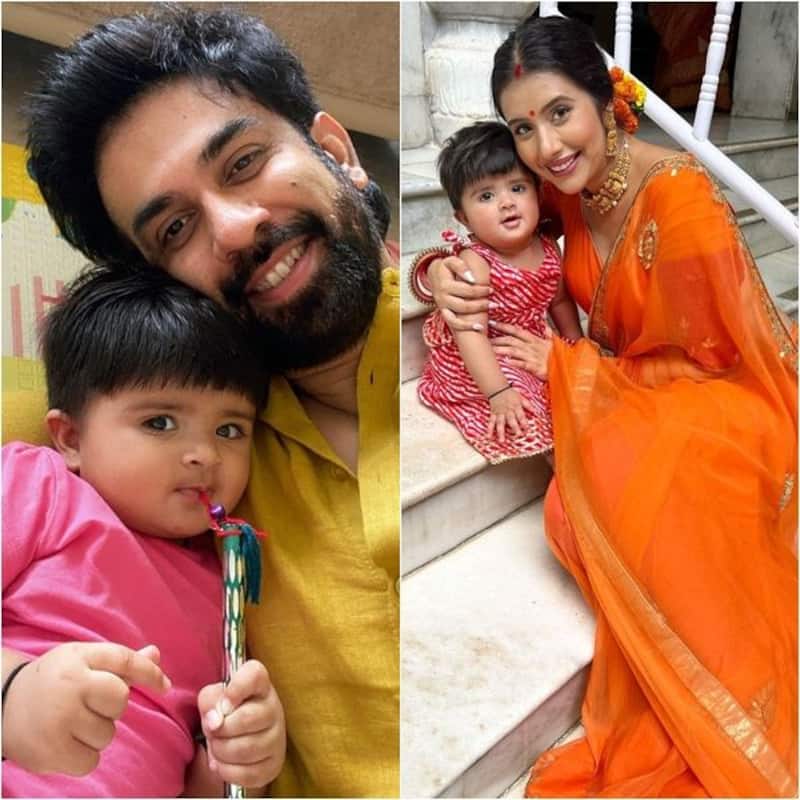 After months of speculations, Charu Asopa had confirmed that trouble has been brewing in his marriage with Rajeev Sen. Their relationship has been going through crisis ever since they got married. Amid the separation reports, Charu was brutally trolled by netizens for applying sindoor. Now Rajeev has complimented her about her looks, which made their fans requesting them to end their bitterness. Also Read - Friendship Day 2022: Charu Asopa pens a note for daughter Zianna; says, 'will always be there for you'

Recently, Charu and Rajeev's daughter Ziana turned 9 months old. Charu took Ziana for a temple visit and shared some adorable pictures on Instagram. She was wearing an orange sari while Ziana wore a trendy frock. "Happy 9months bday my love, life and laughter. Thank you for coming into my life and making it soooo beautiful. I love you my jaan," she wrote. Also Read - Charu Asopa-Rajeev Sen marital crisis: Netizens troll the actress for flaunting desi look with sindoor on Ziana's 9-month birthday; say, 'Waise rishta toot chuka hai'

In her recent interview, Charu had confirmed that things aren't well between her and Rajeev adding that she doesn't want her daughter Ziana to grow up in a toxic environment. However, Rajeev accused Charu of hiding her first marriage and keeping him in the dark. He also said that Charu Asopa's mom Neelam was on his side.