After MMS leak, Anjali Arora gets badly trolled for her overacting

Anjali Arora, who was in the news for an alleged MMS, was recently trolled by netizens as they felt that she was overacting. Read on to know more... 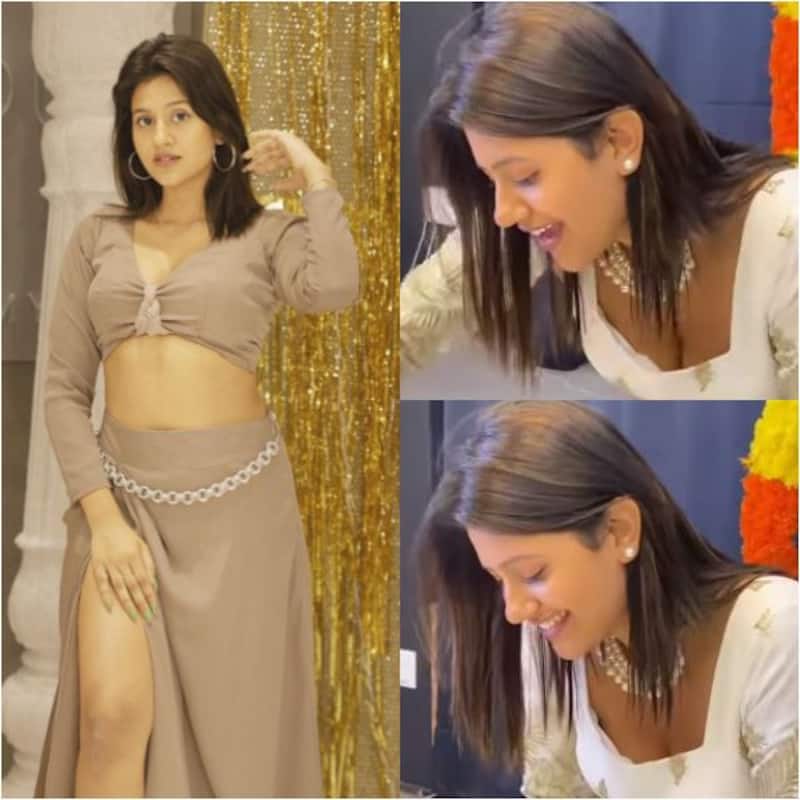 Lock Upp contestant Anjali Arora has been in the news for a lot of reasons, and one of them is the alleged MMS of her’s which was recently leaked online. The video had gone viral, but it was not Anjali and someone else is there in the video who looks similar to her. She had also spoken about it and had gotten emotional. Anjali had said, "I don't know kyun kar rhe hain in logon ne hi to mujhe bnaya hai. Inki bhi family hai..meri bhi family hai. Meri family bhi sare videos dekhti hai.” Also Read - Before Anjali Arora and Akshara Singh, MMS scandals of THESE Bollywood and South Indian actresses shocked the nation

Well, Anjali recently celebrated the success of her song Saiyyan Dil Mein Aana Re. She cut a cake with the paparazzi and the pictures and videos of the same have been doing the rounds of social media. However, she is once again being trolled for her overacting. Also Read - Anjali Arora happily flaunts her iPhone 14; gets trolled; netizens take a brutal dig over recent MMS leak

Anjali was a popular face on social media and became a household name after her stint in Lock Upp. Her love angle with Munawar Faruqui had made the headlines when they were in the reality show.

She has also been in the news for participating in Bigg Boss OTT or Bigg Boss 16. However, Anjali or the makers have not yet confirmed whether she will be a part of either of the shows. Currently, she is garnering praises for her dance moves in the track Saiyyan Dil Mein Aana Re (a recreated version of the old song) which was released a few days ago. Before Saiyyan Dil Mein Aana Re, she had featured in a couple of music videos.

Well, we are sure Anjali’s fans are eagerly waiting to watch her in a reality show or a movie or TV show soon. Let’s wait and watch what she has in store for her fans next.