After Sayantani Ghosh, Ekta Kapoor sarcastically calls out Radhika Madan for her comments on the TV industry. The TV czarine gave her the break with Meri Aashiqui Tumse Hi 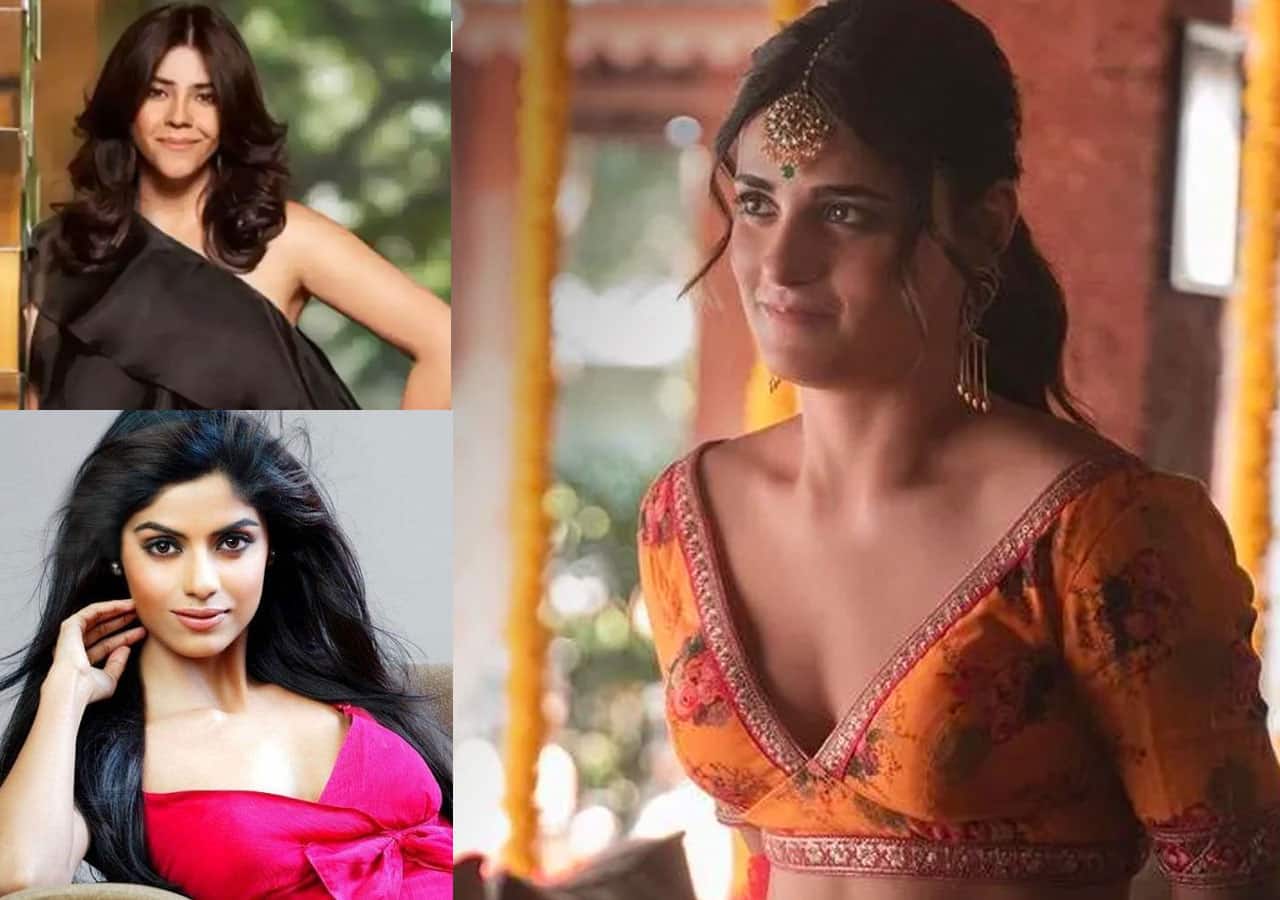 Kuttey and Patakha actress Radhika Madan who started off from TV has upset some people with her recent comments on the TV industry. Fans know that she started off her career as Ishaani on the show Meri Aashiqui Tumse Hi. In fact, it is the project that made her famous all over India. In an interview for Kuttey Radhika Madan dissed the working conditions in the TV industry. She said that she had worked for as long as 48-50 hours for her show. Radhika Madan said that directors would change frequently, and there was never a bound script. Radhika Madan said script would be given on the set and they were expected to perform. Here is a look at the video... Also Read - After Rakhi Sawant, Sherlyn Chopra now hits back at Salman Khan for keeping Sajid Khan on Bigg Boss 16

Seeing the video, TV actress Sayantani Ghosh commented, "Very happy for you @radhikamadan and an ardent admirer of you! I remember your last show and u were really good in it. And if I remember correctly ,it was a TV show. Indeed a great start to a promising career !! Just found this thought process a bit sorry ! Putting down the world of tv is indeed sad ! Everything in life has its way of functioning, has challenges/shortcomings and strengths !
The world of TV too has its challenges , but let's not forget it gives employment to many and reaches millions of homes." Also Read - Bigg Boss 16 winner: Shilpa Shinde reveals if being channel's face helps to win; reveals her favourite of this season

Now, Ekta Kapoor has shared a screenshot and said that it is sad and shameful that people forget their roots easily. She sarcastically said Kudos! Also Read - Bigg Boss 16: This TV actor hints at Fahmaan Khan and Sumbul Touqeer Khan's relationship; calls them bachpan ke saathi 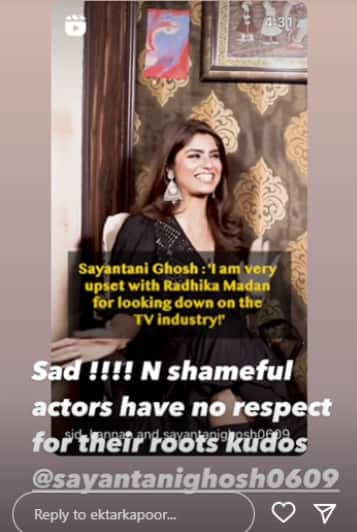 Radhika Madan was discovered by Ekta Kapoor in Delhi. It seems she was one of the backup dancers during a show. The TV czarina felt that she would make the perfect Ishaani Parekh on the show. Fans were gaga over the chemistry of Shakti Arora and Radhika Madan on the show.