Kareena Kapoor Khan's Tiny Tim Taimur Ali Khan is officially the munchkin of the nation. Any mention of the boy and his fans swarm to check out the latest update on Saif Ali Khan and Bebo's kiddo. So much so, that the 2-year-old even got a doll which is his replica. And mind you, such is the demand of the dolls that they are priced at a very high rate. Now, just when we were shaking our heads in disbelief at what could retail come to, we have another set of dolls coming our way. But this time, it is not a real-life person, but fictional characters from the small screen. The dolls are particularly inspired by the characters of the show Kasautii Zindagii Kay 2 and replicas of Komolika played by popular actress Hina Khan, Nivedita Basu played by Pooja Banerjee and Prerna Sharma played by Erica Fernandes are being made. Also Read - Naagin 6: Nikki Tamboli wants to be a part of Ekta Kapoor's show; says, 'Aakhein band karke I will say yes to it'

The Komolika, Prerna, Nivedita Basu inspired dolls are quite pretty just like the characters and the resemblance is uncanny. Here are the pretty toys: Also Read - Pearl V Puri Case: The Naagin 3 actor gets bail after being in custody for 11 days 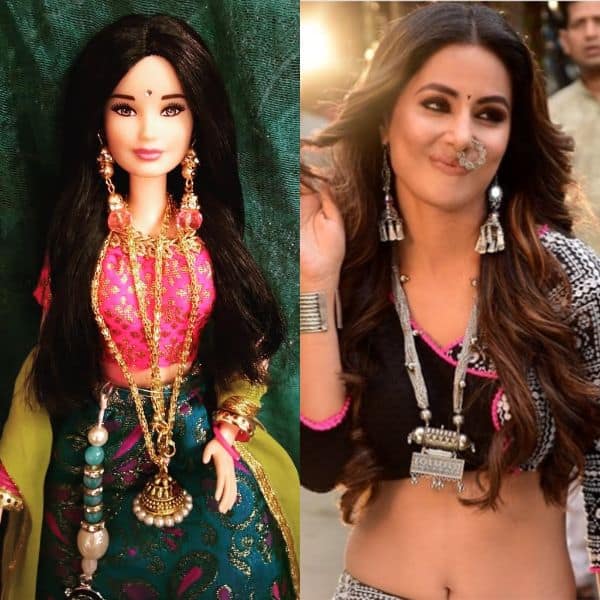 Hina Khan as Komolika has impressed one and all with her performance of the stylish vamp, doing complete justice to the character earlier played by Urvashi Dholakia in the original show. 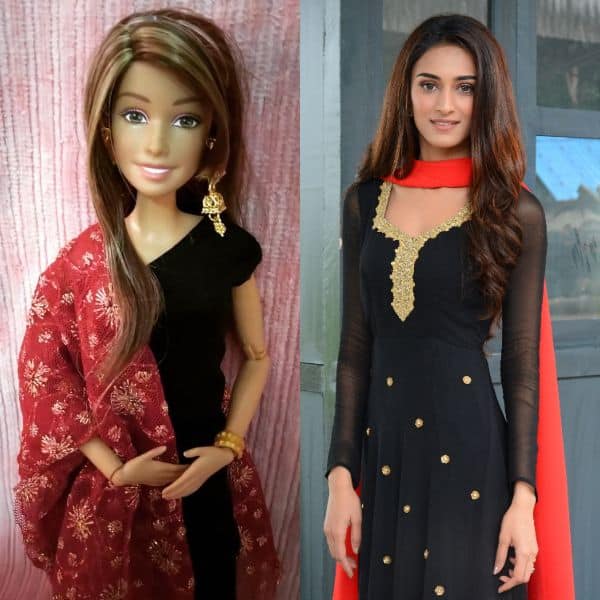 Erica Fernandes has proved to be the perfect choice as Prerna Sharma with her effortless acting skills.

Erica Fernandes as Prerna in a different avatar 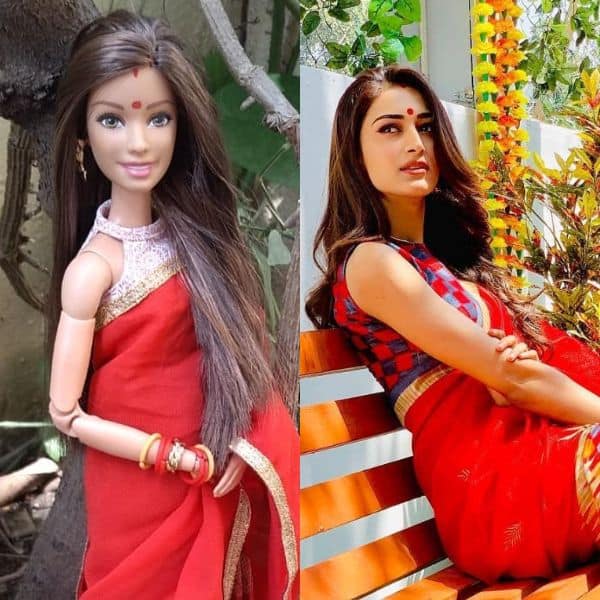 Erica Fernandes clad in this beautiful saree just reminds us of the original Prerna who was played by Shweta Tiwari in the original one. 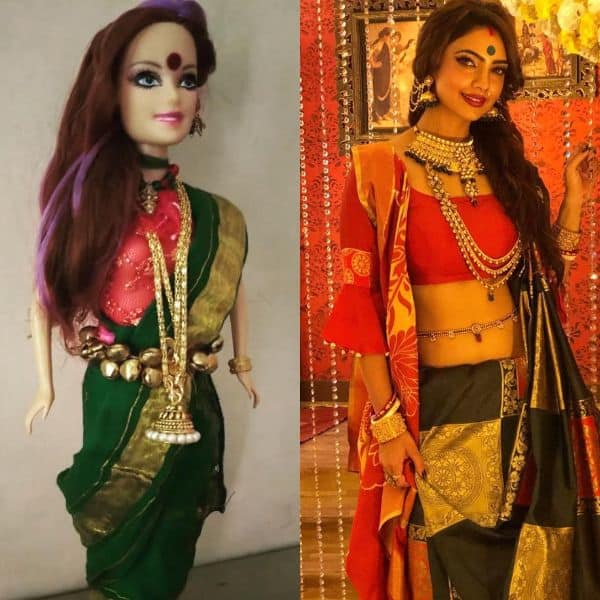 Kasautii Zindagii Kay had been a very popular show since 2001 when it was first aired. Owing to its huge popularity, producer Ekta Kapoor decided to bring Kasautii Zindagii Kay back with a new season which now has it's own fan base and has been loved by the audience as much as the first season was. Ekta's iconic show has got all the love and fans have been creating Kasautii Zindagii Kay 2 memes, videos on Komolika's dialogues and being creative with the show in different ways. Now, these dolls are up for sale and it seems they too will be popular soon just as these characters are now.

Komolika and Prerna are now household names while Hina Khan and Erica Fernandes have a huge fan following. They have carried the show so well on their shoulders that we cannot compare the two seasons of Kasautii Zindagii Kay. The two leading ladies are extremely glamorous and keep posting some of their stunning pictures on social media. Here's a treat for Hina Khan and Erica Fernandes' fans.

The greater your storm,the brighter your rainbow ?

The upcoming episodes of Kasautii Zindagii Kay will see Anurag and Prerna's romance in the kitchen where Anurag will pull his lady-love close and apologise for his mistakes. It will be exciting to know how Anurag-Prerna's love story moves forward now. Stay tuned to BL for more scoops and updates!