This weekend on Zee TV's Aghori, Kamakshi saves Adhvik from Kauravi. Later Adhvik finds out that Kamakshi is innocent. Will he still sacrifice her?

In the previous episodes of Aghori, Adhvik prepares himself to take Kamakshi’s life. When he shows up Kamakshi convinces him to take her to the temple to find out the truth. Adhvik follows Kamakshi but Amsi reaches before them and destroys the evidence. Kamakshi and Adhvik find the wrong tape and Adhvik promises to kill Kamakshi. Dravya wants to find out why Kamakshi is sticking close to Adhvik. Rudranath tries to kill Kauravi but she escapes too. Also Read - Aghori Vs Haiwaan: Who do you think is the ultimate supernatural force? - Vote now

Aghori: Kamakshi Is Taken Away By Kauravi 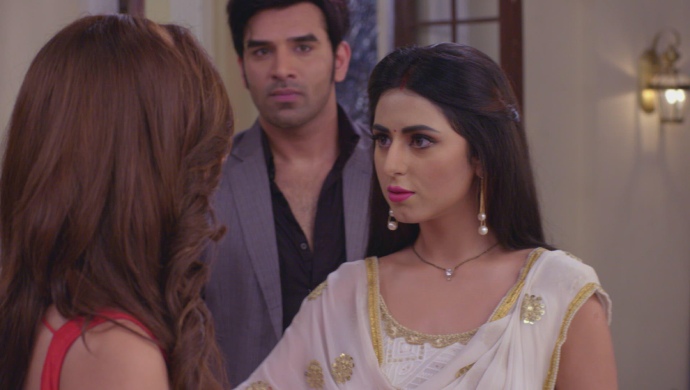 This week, Dravya finds out that Adhvik had gives Kamakshi a liquid that forced her to be attracted to him. Dravya helps Kamakshi get rid of Adhvik’s spell. When Dravya leaves Kauravi enters with Rashi who is also tirned into a Kankaali. Kauravi tells Kamakshi that she can protect her from the Aghoris. Kamakshi decides to use Kauravi’s help to save her family. 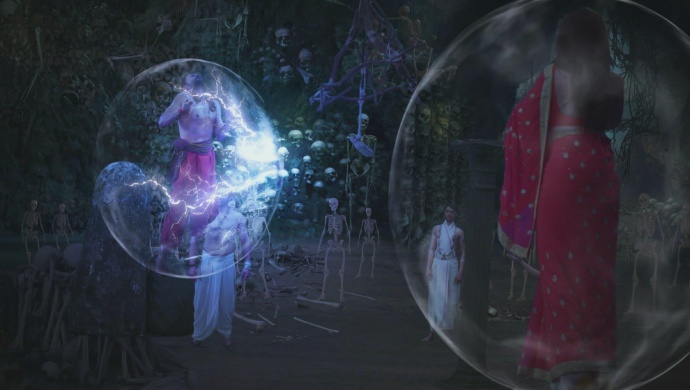 Adhvik sees Kamakshi going with Kauravi and follows them. Kauravi takes Kamakshi to a graveyard. She asks Kamakshi to become a Kankaali to fight the Ahgoris. Kamakshi refuses to do so and Kauravi traps her in a bubble. When Adhvik shows up Kauravi holds him captive too. Kauravi tries to kill Adhvik while he is trapped in the bubble. 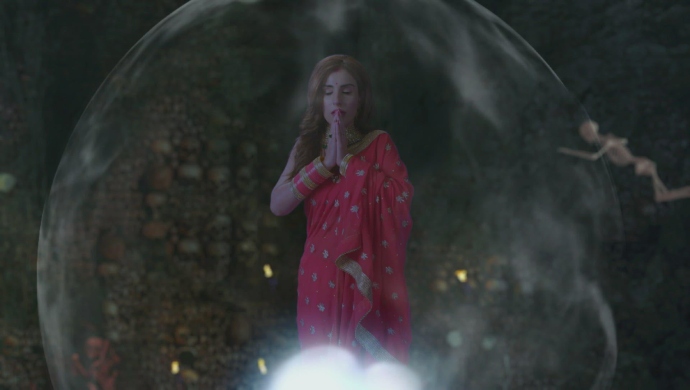 Kamakshi doesn’t mind dying at Kauravi’s hands. When she sees Adhvik being killed, she decides to save him. She uses the powers she was given as a gift at birth and breaks Kauravi’s spell. Adhvik is shocked seeing that Kamakshi has more powers than any other Aghori he has seen. He takes Kamakshi and runs away. 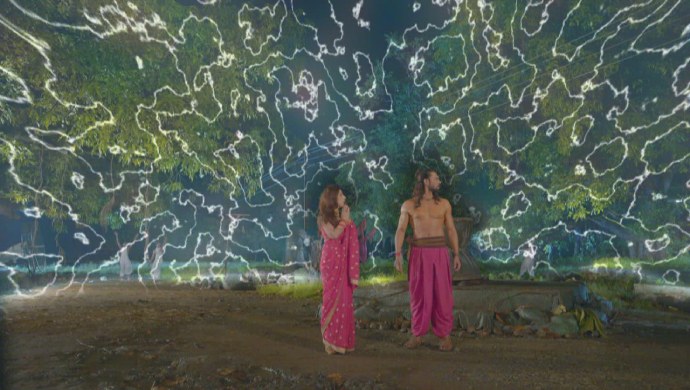 Aghori and Kamakshi are running away from Kauravi but Kamakshi ends up fainting. She unable to outrun Kauravi because she sends all the ghosts and spirits under her control to chase them. Adhvik and Kamakshi are caught in a shield to stop them from escaping. Adhvik asks Kamakshi to prepare for a battle. 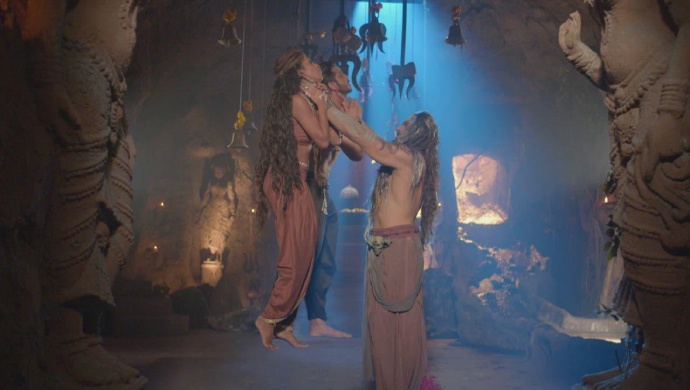 Asmi and Indra are keeping an eye on Dravya while Rudranth prepares for the sacrifice. They find out the Kamakshi and Adhvik had gone with Kauravi. When Indra and Asmi tell Rudranath about this he threatens to kill them. He asks them to find Adhvik and Kamakshi before the time for the sacrifice passes. 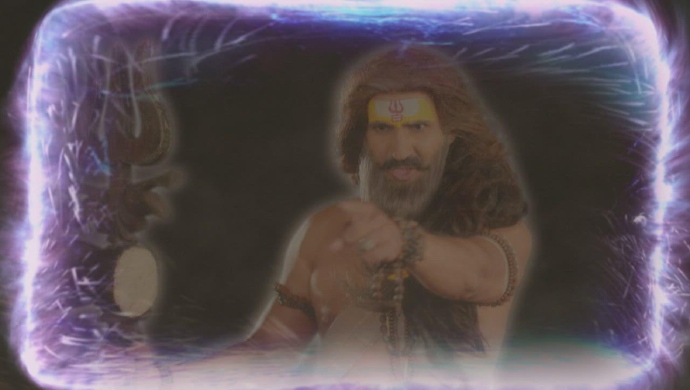 While Adhvik and Kamakshi are fighting the Kankaalis a storm erupts. Adhvik realises that the ground they are standing on was a samadhi to one of the most enlightened Aghoris, Mahaguru Chaitanya. The spirit of the Mahaguru fights off Kaurav and her kankaalis. He also tells Adhvik that Kamakshi did not kill his parents and Rudranath is a power-hungry criminal. 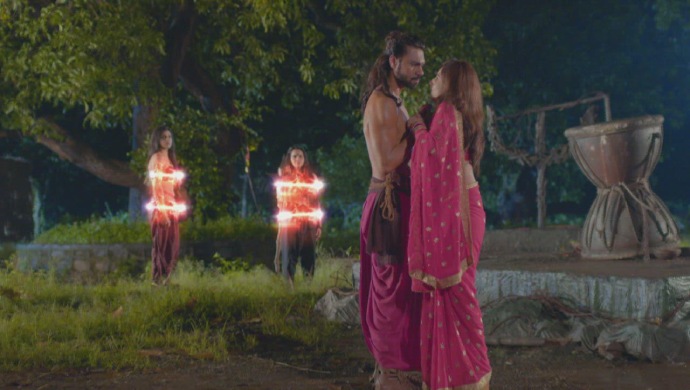 Mahaguru Chaitanya tells Adhvik to save Kamakshi and kill Rudranath. When the storm clears Adhvik sees Dravya as well as Asmi. He tells Asmi to inform Rudranath that he will bring Kamakshi from the sacrifice. Adhvik traps Dravya and her student with a spell. Kamakshi refuses to go with Adhvik but gives in when he looks her in the eye. 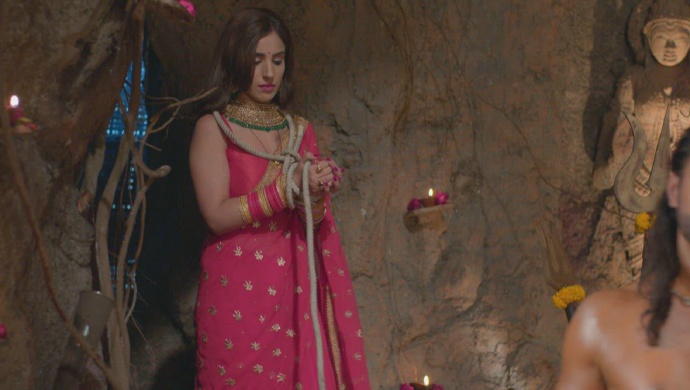 Adhvik ties up Kamakshi and puts a rope around her neck. He walks with her holding the rope and enters the cave to sacrifice her life. He prepares the holy axe and takes the ropes off Kamakshi. She puts her head down on the slab for Adhvik to cut it off and sacrifice her life. 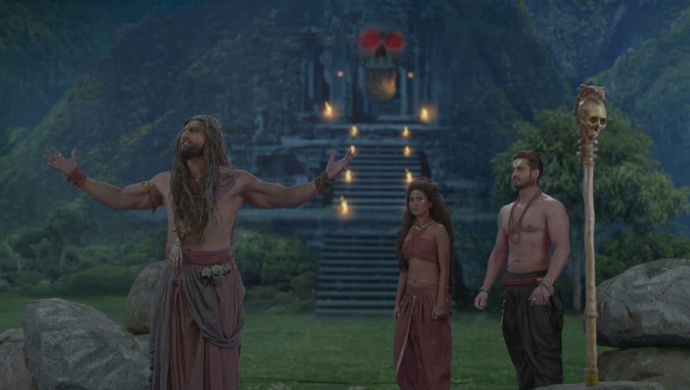 Will this be the end of Kamakshi?