Aghori Weekend Recap: Rudranath says he is behind the killings of Adhvik and Kamakshi's parents

This weekend on Aghori, we saw Rudranath telling Asmi that he had planned to kill Adhvik's parents, but Adhvik still blames Kamakshi for the crime

The previous episodes of Aghori saw Kamakshi and Adhvik trying to find Aaradhya. Kamakshi falls into ice and Adhvik creates fire to keep her warm. Meanwhile, Kauravi, the Kankaali, enters the house to kill the Aghoris and avenge her father’s death. She stops Rudranath from creating a time portal in the house. Rudranth goes off to a cave to create a time portal and kill Kamakshi there itself. Dravya too tries to go through the time portal to find Kamakshi. Kauravi goes through Dravya’s time portal too.

This weekend we seen Adhvik and Kamakshi find Aaradhya buried under ice. Adhvik tries to save Aaradhya by breaking the ice. He warms her up by creating fire around her. When Kamakshi and Adhvik are leaving, they come across the other Aghoris. Kamakshi is shocked to find out that everyone Adhvik introduced as his family is an Aghori. The Aghoris are attacked but Rudranath and Dravya deal with it. They ask Kamakshi to leave with Adhvik. Also Read - Aghori 7-8 September 2019 Recap: Kamakshi asks Adhvik to give her a chance 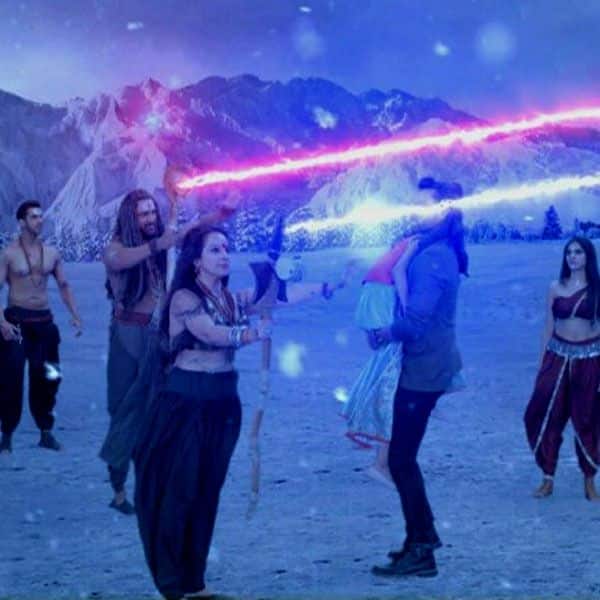 Also Read - Aghori Vs Haiwaan: Who do you think is the ultimate supernatural force? - Vote now

Kamakshi is shocked at finding out all of Adhvik’s family are Aghoris. She refuses to escape with him till she tells him the truth. Adhvik and Kamakshi get into a fight and water time instead of reaching the time portal which is going to shut. Kauravi sees Dravya kept a trishul in the time portal to stop it from closing. She uses a spell to remove the trishul and the time portal begins to close. She plans to trap all the Aghoris in the wrong time and get them killed. 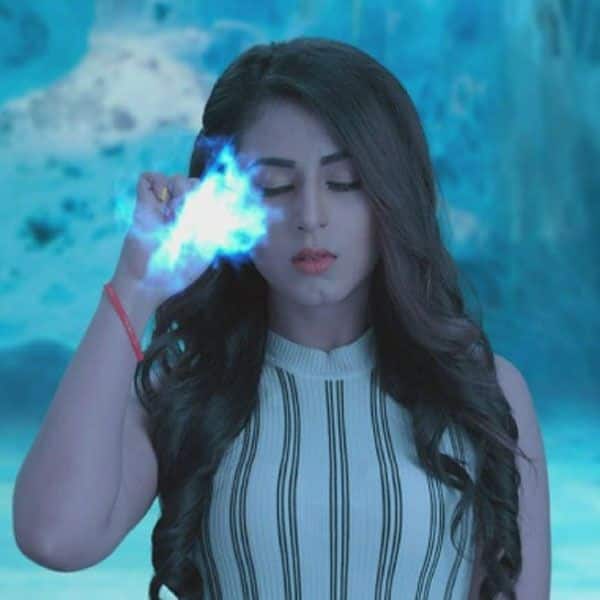 Kamakshi Saves The Aghoris But Not Herself?

Kamakshi uses her powers and stops the time portal from closing. Dravya and Rudranath are both shocked seeing Kamakshi having powers greater than theirs. Kamakshi stops it long enough for all the Aghoris to leave. Kamakshi then lets the portal slowly shut. She plans to let herself die in the alternate universe. Adhvik promises to answer all the questions she has and treat her as an equal. Kamakshi gives in and jumps out just in time before the portal shuts. 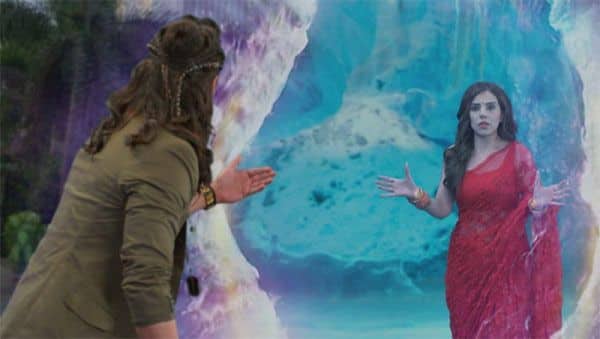 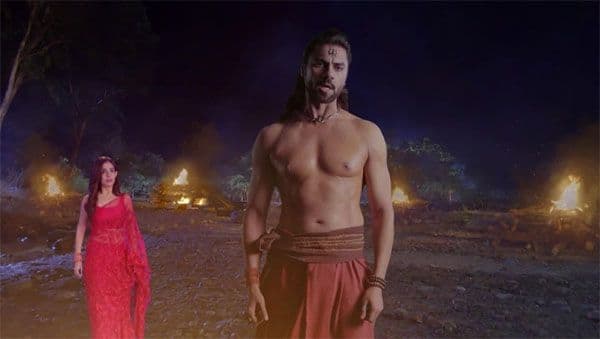 Adhvik is hiding in a cave trying to meditate. Asmi tells Rudranath that Adhvik might not hate Kamakshi enough. Rudranath decides to instigate Adhvik further so his love for Kamakshi is completely ruined. He tells Adhvik that Kamakshi was able to stop the portal from closing because she has been given special powers. However, he adds that Kamakshi got the powers after sacrificing Adhvik’s family.

Kauravi Tries To Join Kamakshi To Defeat The Aghoris

Kamakshi’s siblings get worried and ask her what is wrong since the wedding. Kamakshi tells them she found out everyone from Adhvik’s side is an Aghori. They are shocked and decide to inform the family but Kamakshi stops them. She says the Aghoris might get angry and hurt everyone. Kauravi has sees Kamakshi’s power earlier. She asks Kamakshi to help her in defeating the Aghoris. However, Kamakshi refuses to join hands with Kauravi.

Rudranath tells Asmi that he had killed Adhvik’s parents. He claims to have done this because he knew what a powerful Aghori Adhvik would become. He says Kamakshi’s parents were trying to help Adhvik’s parents not kill them. He says that Kamakshi was dead when she was born and Lord Shiva himself. Asmi is shocked ebcausrr this means Kamakshi was born an Aghori. Rudranath wants to kill her and take all the powers Shiva gifted her at birth.

Kamakshi Finds A Clue About Her Parents

Kamakshi asks her uncle and aunt to tell her about her parents. They tell her that her parents were running away from someone when they were killed. Kamakshi is surprised to find that he parents didn’t have anything to do with Adhvik. She decides to find out the truth. Her uncle also gives her a cloth bag with the only belongins her mother had. Kamakshi finds a library card there from which she gets an address to her house. 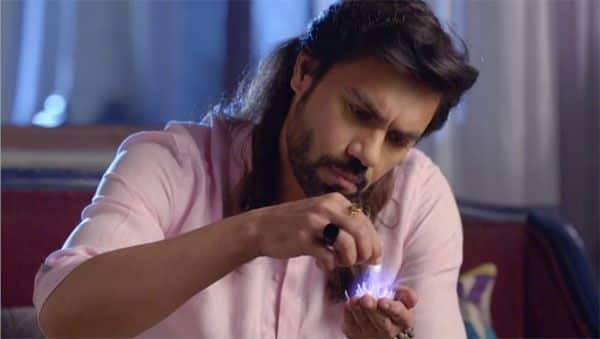 Adhvik is worried that Kamakshi won’t willingly sacrifice her life since she knows the truth. Adhvik had stolen a special flower from the parallel universe while saving Aaradhya. The special property of the flower is the smell hypnotises the owner. Adhvik plans to hypnotise Kamakshi to make her willingly sacrifice herself. He adds a few petals to the mangalsutra. Will his plan work? Stay tuned to find out more this weekend.