Aly Goni to get married with Jasmin Bhasin soon? Here's what we know

The wedding season is here. We all know that Katrina Kaif and Vicky Kaushal are getting married, and now, it looks like TV's favourite jodi Aly Goni and Jasmin Bhasin might also tie the knot soon.

Aly Goni and Jasmin Bhasin were best friends until love blossomed between the two during Bigg Boss season 14. The two have been dating each other since then, and it looks like we might hear the wedding bells soon. Also Read - Shaheer Sheikh bereaved as his father passes away due to COVID-19; Aly Goni sends condolences

Recently, Jasmin bought a new house, and Aly shared a glimpse of his girlfriend’s new house on Instagram. He posted, “I m so so sooo proud of you ❤️ Congratulations on ur new house meri jaan I know how much u have worked hard for this ✨ ???” Also Read - Naagin 6: Ekta Kapoor to make an announcement soon about show's lead, release date

Friends and fans of the couple congratulated Jasmin for the house, and fans even asked when the two are getting married. A fan commented, “Aly sir kab shaadi karay ho (Aly sir, when are you planning to get married)?”

Well, putting fuel to the fire to the marriage speculation is Aly’s Insta story. He used the feature on Instagram, ‘When will I get married?’ and the answer came, ‘Never’. 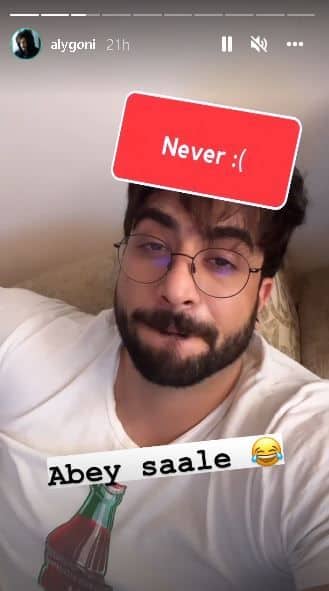 However, when his friend and actor Arjit Taneja used the same feature on Aly, the answer came, ‘In a few days’. In the video, Jasmin is sitting next to Aly and even Arjit has shared the video on his Insta story with ‘Soon’ written on it. 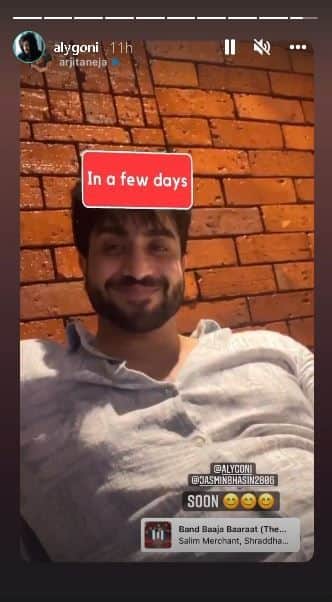 Jasmin and Aly have been together on two reality shows, Fear Factor: Khatron Ke Khiladi 9 and Bigg Boss 14. Jasmin was the first one to enter the Bigg Boss house and later Aly entered the show as a wild card contestant. Initially, the two stated that they are best friends, but later they decided to date each other.