Ankita Lokhande is all smiles as her father returns home from hospital. She says she promises to take care of him unconditionally forever 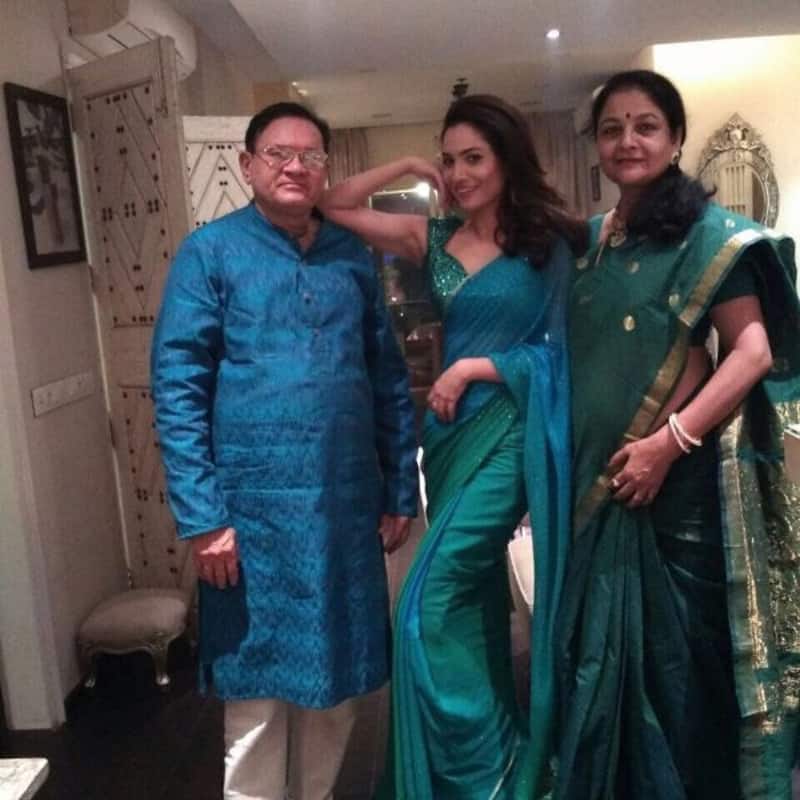 Ankita Lokhande has been through a tough time of late. After the tragic demise of former partner, Sushant Singh Rajput, her father got hospitalized. Her father, Shashikant Lokhande was admitted to Lilavati Hospital for close to 10 days. He is back now. Ankita Lokhande posted a happy picture with her parents and brother, Arpan. She wrote, "Papa u r back from the hospital and nothing will ever make me happy more than you and your good health...I promise to take take care of you unconditionally and forever just the way you have been doing it for me and for us as family." Shashikant Lokhande was a journalist by profession. She has got her love for the movies from him. Also Read - Friendship Day 2022: Mouni Roy-Arjun Bijlani, Ankita Lokhande-Rashami Desai and other BFF jodis from TV world with a long standing friendship

Papa u r back from the hospital and nothing will ever make me happy more than you and your good health..I promise to take take care of you unconditionally and forever just the way you have been doing it for me and for us as family ❤️. Thanku everyone for prayers and love Thanku #lilavatihospital for the awesome hospitality and the great doctors ?? #parentsarepriority #familycomesfirst @skl644494 @vandanaphadnislokhande

After the death of Sushant Singh Rajput, Ankita Lokhande did a number of interviews. She has been at the forefront of the justice for Sushant Singh Rajput campaign. Ankita Lokhande has said that her support is for his family. It is a known fact that the late actor's family adored her. It seems KK Singh also liked her. He said she was the only one from the women in his son's life that he ever spoke to. Also Read - Arjun Kapoor-Malaika Arora, Ranveer Singh-Deepika Padukone and more: Celebrity couples who got brutally TROLLED this week for weird reasons

Ankita Lokhande was last seen in the film Baaghi 3. It seems she is all set to tie the knot with businessman beau, Vicky Jain in some months. He is a businessman from Bilaspur, Madhya Pradesh. His family is into coal mines and the hospitality sector. Also Read - Bigg Boss 16: Disha Parmar, Ankita Lokhande, Vivian Dsena and more top names approached for Salman Khan reality show