Ankita Lokhande has again posted a cryptic tweet of Chanakya Niti on how people should not behave on the expectations of others. This is her second cryptic tweet after being trolled badly

Ankita Lokhande was subjected to severe trolling after she celebrated her birthday a couple of days back. It has been six months to the demise of Sushant Singh Rajput. The actress partied hard with her group of friends at her residence. Fans spotted Sandip Ssingh at the party and were mighty upset with the actress. As we know, Sandip Ssingh's name came up in the theories that floated around after the unfortunate demise of the Kedarnath star. He was seen in the videos in a blue kurta. #Ankita trended all day long and people slammed her a lot. Also Read - Bigg Boss 15: Yeh Rishta Kya Kehlata Hai's Mohsin Khan DENIES entering Salman Khan's controversial reality show

Now, she has posted another cryptic tweet, which is a quote of Chanakya. It says that when you start living your life based on what others are saying, you are failing at the first level. Also Read - Bigg Boss 15 premiere date is OUT! Here's when Salman Khan's show will begin 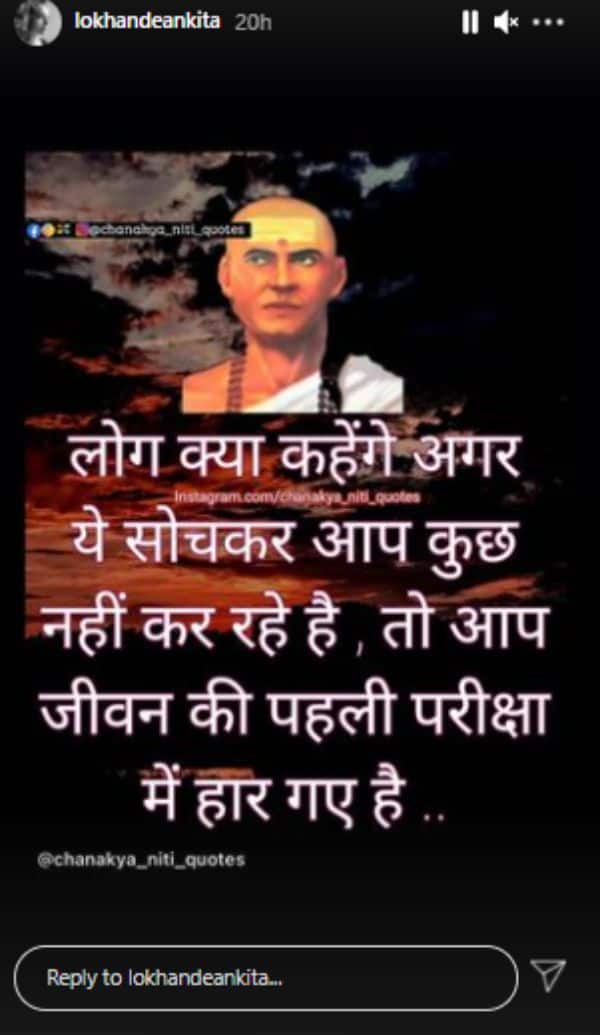 Earlier, she had put out another message that read: " Me and my heart, we have got issues that we battle with, but one thing that will never live inside of us is hate. When you have thoughts of hatred inside of you, that is the ugliness from the soul that creates and controls all of your issues." Ankita Lokhande came out to give interviews after the demise of Sushant Singh Rajput and vociferously demanded for a CBI Enquiry into the matter.

Ankita Lokhande found support from Sushant Singh Rajput's sister, Shweta Singh Kirti who wished her on her birthday. Fans have urged people not to troll Ankita Lokhande as she has been a pillar of support for his family. This Sunday, we will see her perform a special tribute for Sushant at the Zee Rishtey Awards 2020 where she will dance on a medley of his songs. Everyone is looking forward to the performance. Sandip Ssingh has also come forward and given interviews to clear his name. Sushant Singh Rajput was in a relationship with Ankita Lokhande for six years. He knew Sandip Ssingh from 2011 and they bonded on their Bihari roots.