Ankita Lokhande took to Instagram to share a few glimpses of her romantic holiday with Vicky Jain. However, their pictures have made their fans believe that the couple is expecting their first child. 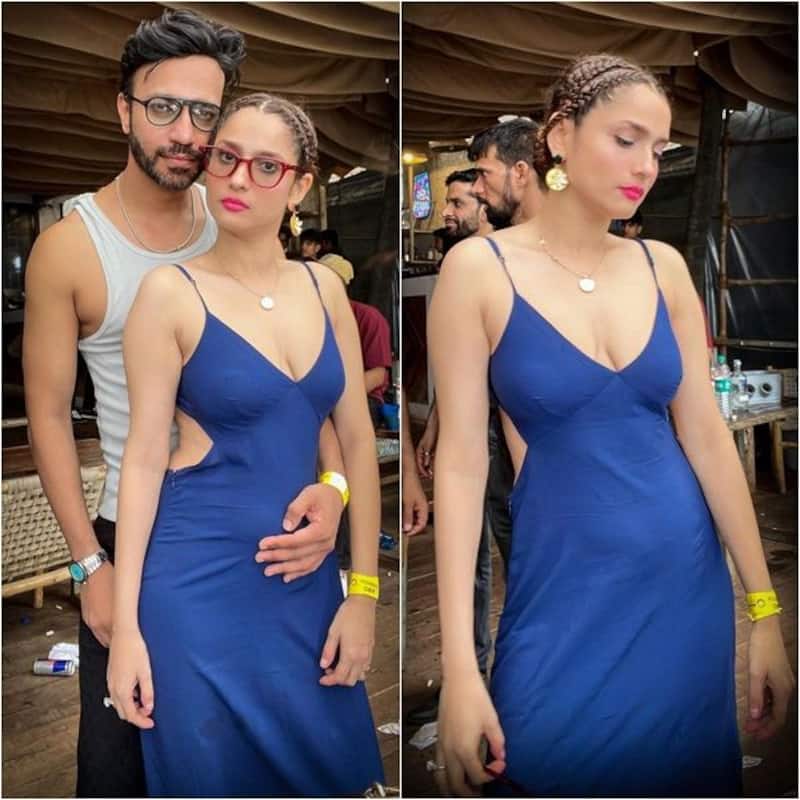 Ankita Lokhande and Vicky Jain are currently having a blast on their much-needed holiday getaway. The couple were seen dancing, hanging out with friends and spending quality time with each other. The actress took to Instagram to share a few glimpses of her romantic holiday. However, their pictures have made their fans believe that the couple is expecting their first child. Also Read - Ankita Lokhande makes heads turn in a HOT yellow saree; fans cannot get over her sindoor [View Pics]

Sharing some loved-up picture with Vicky Jain, Ankita wrote, "I love you for all that you are ,
All that you have been and all that you will be.” She was seen wearing a cut-out body-hugging dress with a plunging neckline while Vicky looked uber cool in a ganji and casual pants. They both sported stylish specs to enhance their looks. Also Read - Sana Amin-Aijaz Sheikh, Nisha Rawal-Karan Mehra: SHOCKING splits of these TV celebs left fans heartbroken

Soon, fans started asking Ankita if she is pregnant going by the way Vicky placed his hand on her tummy while posing for the pictures. However, there were some who adored her for her fashion and glowing skin. Also Read - Hina Khan, Nia Sharma, Shweta Tiwari and more TV hotties go risque in boldest ever outfits

Recently, Ankita and Vicky celebrated their 6 months anniversary and enjoyed their special day in style. She had shared a series of pictures on her Instagram on the occasion. Amid this, Rakhi Sawant had said during a media interaction that she knows from her sources that Ankita is soon going to be a mommy. However, there's no official confirmation about the same.

Meanwhile, Ankita and Vicky celebrated their first Gudi Padwa as a married couple in April in traditional Maharashtrian style with authentic delicacies. Before that, Ankita had thrown an intimate Holi party with Vicky. The inside pictures of the celebration had taken the internet by storm. The couple garnered a lot of positive response on television with their performance in show Smart Jodi.