Anupamaa latest update: Gaurav Khanna aka Anuj Kapadia and Aashish Mehrotra aka Paritosh have bowled over the netizens and fans of the Rupali Ganguly starrer TV show. They are showering both the actors with love and appreciation. 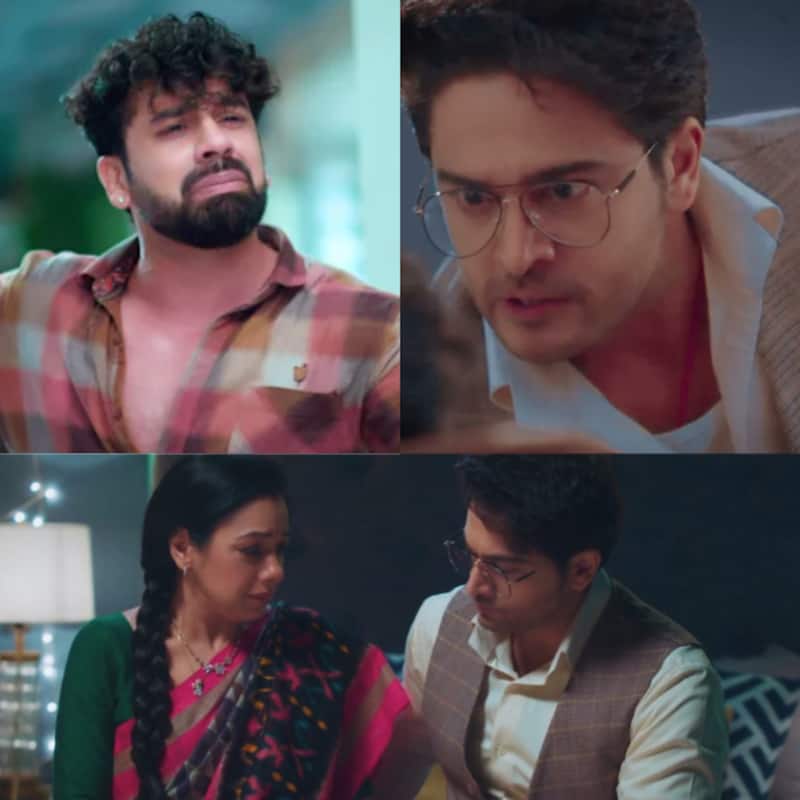 Rupali Ganguly, Gaurav Khanna and other celebs starrer TV show Anupamaa has topped the TRP charts this past week as well. However, there are a lot of other TV shows such as Ghum Hai Kisikey Pyaar Meiin, Yeh Hai Chahatein and more shows that are out there to give tough competition to Anupamaa lately. In the Rupali Ganguly starrer TV show recently, we saw Anupamaa revealing the truth about Toshu's affair to Kinjal. Paritosh is outraged whereas Kinjal (Nidhi Shah) is heartbroken and so is Anu. And now, Toshu (Aashish Mehrotra) is out there taking is revenge on Anupamaa. Also Read - Anupamaa twist: Anu WARNS the r*pist of severe punishment as she seeks justice for Dimple; her bada*s avatar wins over MaAn fans [VIEW TWEETS]

In the latest episode of Anupamaa, we saw Paritosh reaching the Kapadia house. He is mad at Anupamaa (Rupali Ganguly) and accuses her of destroying his life. Toshu (Aashish Mehrotra) creates a scene at the Anupamaa's house and refuses to leave without Kinjal (Nidhi Shah). Anupamaa is heartbroken as Paritosh doesn't realise his mistake at all and instead accuses him of emotionally blackmailing Kinjal. Toshu hits back accusing Anupamaa of the same. Later, we see Paritosh damaging everything at the Kapadia house. Anuj (Gaurav Khanna) loses his cool as Anupamaa is about to get hurt. Also Read - Trending TV News Today: Anupamaa actor Apurva Agnihotri blessed with a baby girl; Charu Asopa reacts to estranged husband's allegations and more

Anupamaa is currently trending in the Entertainment News section. So, in the latest episode of Rupali Ganguly, Gaurav Khanna and Sudhanshu Pandey starrer TV show, fans saw high voltage drama happening. Fans are bowled over by Gaurav Khanna's performance as Anuj when he threatens Toshu. On the other hand, they are quite impressed with Aashish Mehrotra's performance too. And the feather on the cap in tonight's episode of Anupamaa is the subtle MaAn moment that fans had been deprived of in the last couple of weeks. Fans are very happy with the episode. Also Read - Anupamaa star Apurva Agnihotri-Shilpa Saklani, Dheeraj Dhoopar-Vinny Arora and more: TV couples who embraced parenthood in 2022

What's a power couple?
Two individuals who can show their fiercest side to the world, fight as a unit and melt only into eachother's arms in their sleeping chamber.#Anupamaa • #MaAn • #AnujKapadia pic.twitter.com/0pr0DvRN1s

I absolutely love how they are the strongest as a unit ??????? #Anupamaa #MaAn #AnujKapadia https://t.co/DXvA66c0jB

actors.@MehrotraAashish take a bow for the way you portrayed almost a borderline Psychotic Toshu in episode & precap is applause worthy. Also I don't see anyone else performing Toshu character with these ease #Anupamaa #AnujKapadia #MaAn

Seeti maar episode!! @iamgauravkhanna @TheRupali you r absofrekinglutely brilliant!! The master of your craft! Absolutely THE BEST for a reason??@MehrotraAashish you’re awesome in every single scene ?
Dialogues, acting, execution everything was top notch today?♾ #Anupamaa pic.twitter.com/cyvZAMOcNA

ONE OF TH BST EPSODS❤

Hockey stick wala #AnujKapadia?
Chotusa #MaAn angst?
Them making it up before it stretched ❤️

After watching today episode, I feel makers know that when we get #maan content too much then we take them granted. So, now they give #maan content but after test ur patience & when we get..WE VALUE IT.#anupamaa https://t.co/OBsVPgUzne

What a wonderful episode? #MaAn ?My babies are so special?And baby Anu took over my whole heart when she brought Anuj the medicine.She was such a small and defenseless child at that moment ? And how she hugged him and felt this relief?#Anupamaa #AnujKapadia #RupaliGanguly pic.twitter.com/2wx3tOMBr1

Now in the upcoming week on Anupamaa, we will see Paritosh, still not mending his ways. He will curse Anupamaa that she will be separated from Choti Anu and face the similar pain as he did when she separated him from his child and his wife. The drama is just going to get intense.