Paras Kalnawat who played Samar in Rupali Ganguly's Anupamaa was ousted from the show a couple of days ago. And it seems he has been easily replaced by Sagar Parekh in the Rajan Shahi show as Samar Shah. 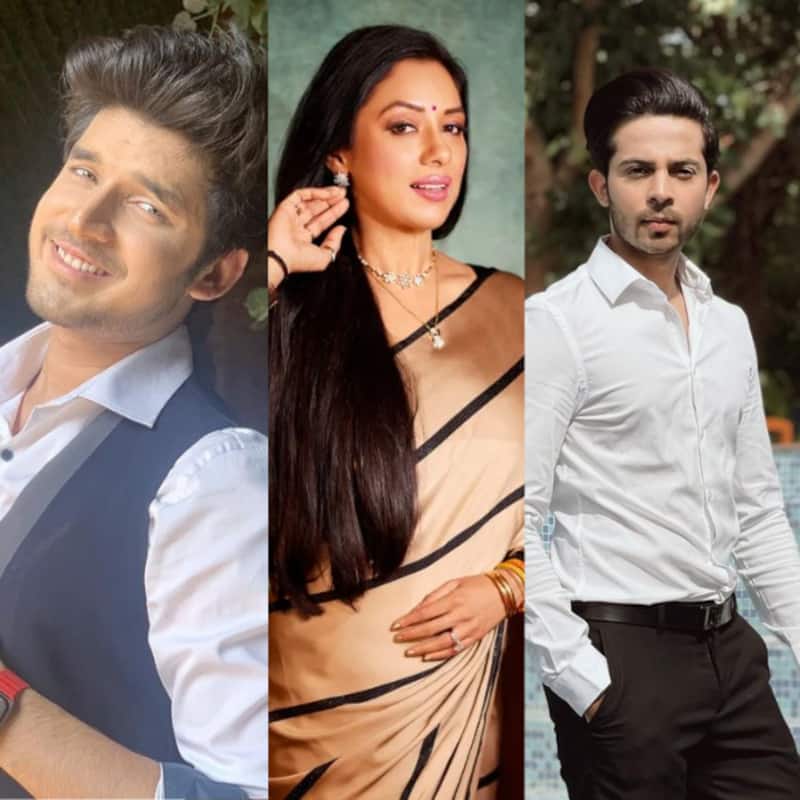 Anupamaa is one of the most watched TV shows in the country. It recently made news when Paras Kalnawat who played the role of Samar Shah in the show was ousted with immediate effect. It created a huge controversy surrounding Anupamaa, the TV show. A couple of days ago, it was confirmed that the makers have cast Sagar Parekh as the new Samar in Rupali Ganguly, Sudhanshu Pandey and Gaurav Khanna starrer Anupama. And it seems Sagar has successfully replaced Paras Kalnawat on the sets of the show. Also Read - Anupamaa SPOILER ALERT: Anuj requires brain surgery; Adhik has a wicked plan ready; Vanraj makes SHOCKING confession

A couple of days ago, reports of Paras being ousted from Anupamaa surfaced. The production house said that Paras had breached the contract which resulted in the termination of the same. Paras Kalnawat wanted to participate in Jhalak Dikhhla Jaa 10. On the other hand, Paras called it a PR stunt as minutes after he received the termination mail, the news was out in the media. Paras later went on to make some shocking revelations about the Anupamaa TV show's set and cast members. The young actor and the TV show Anupamaa were widely disccused in the entertainment news. And now, we hear that Paras Kalnawat has become a thing of the past on the sets of Anupamaa. Well, as y'all know Sagar Parekh joined Anupamaa as the new Samar. Also Read - TRP Report Week 31 top 5: Anupamaa rating surge, Ghum Hai Kisikey Pyaar Meiin jumps two spots, Khatron Ke Khiladi 12 slips further

Sagar Parekh bonds with cast and crew of Anupamaa

Ever since Sagar joined the shoot of Anupamaa, the actor who will also be seen in Niti Taylor and Parth Samthaan's Kaisi Yeh Yaariyaan has started bonding with the cast and crew of Anupama TV show. A well-placed source in the industry has apprised us that Sagar and the Anupamaa cast members are getting along well. Well, it's not easy for an actor to bond with everyone when joining the cast mid-way. Samar is one of the key cast members and until now, Paras Kalnawat was a part of the show. However, that's not the case with Sagar and we hear that the cast and crew have been quite warm while welcoming Sagar as Samar, reveals the source. Everyone is taking care of the new Samar on the sets. We also hear that Anu aka Rupali Ganguly and Samar aka Sagar Parekh hit it off instantly. They'll be seen as the new on-screen mother-son duo in Anupamaa. Sources say that Sagar and Rupali aka Samar and Anu's amazing bond will be seen in the upcoming episodes of the show. Also Read - When Anupamaa actress Rupali Ganguly and Rakhi Sawant had an ugly fight in Bigg Boss house; called each other 'third grade', 'insecure'

Well, some fans still associate Paras with Samar. And yes, he will be missed because he etched the character in everyone's hearts. Nonetheless, the upcoming episodes will see that Sagar is just perfect as Samar too. As they say, one has to move on. And the TV industry is a fast-moving one.