In the upcoming episode of Anupamaa, Toshu enters Kapadia house and Anupamaa files a complaint against Toshu for trespassing on Kapadia's house and taking Arya. 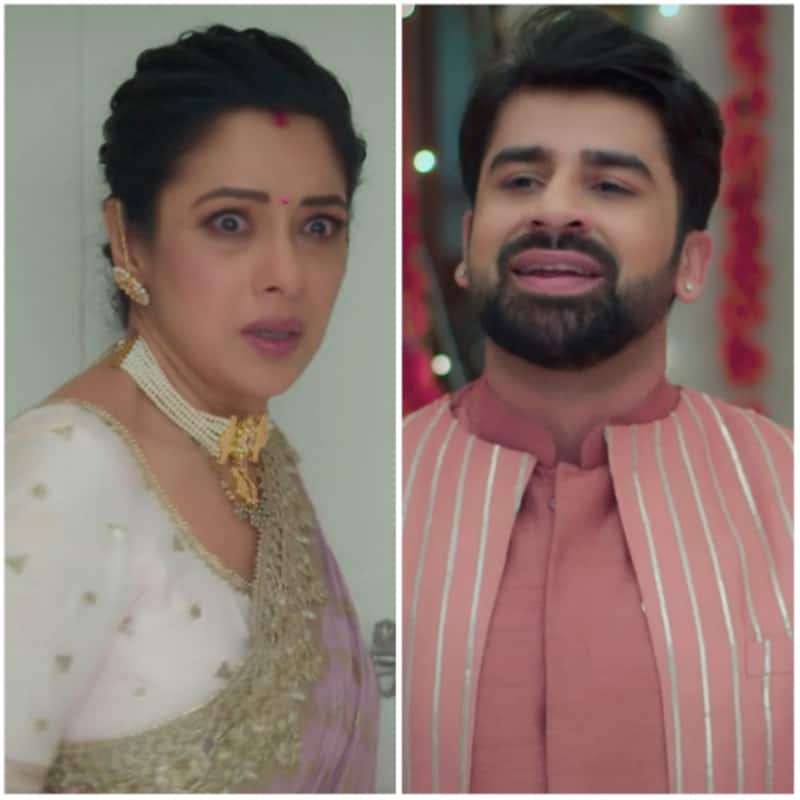 In the current episode of Anupamaa, Vanraj throws Paritosh out of the house. On the other hand, Kinjal goes with Anupamaa to Kapadia's house. Baa cries after knowing that Kinjal refused to come to the Shah's house. Anuj gets ready to go to the office with Ankush. Anu gets Samar's call and he informs her that Toshu went missing. He even leaves her worried after saying that he was talking about suicide. Kinjal overhears the conversation and gets panicked. Anu holds Kinjal and assures her that she will find Toshu. On the other hand, Anuj slams Ankush for not starting any work on the project. Anu reaches Shah's house and tries to comfort Baa. Barkha tries to manipulate Kinjal and tries her level best to make her sympathize with Toshu. Also Read - Anupamaa twist: Anu WARNS the r*pist of severe punishment as she seeks justice for Dimple; her bada*s avatar wins over MaAn fans [VIEW TWEETS]

In the upcoming episode of Anupamaa, Toshu comes to Kinjal at Kapadia's house and pleads with her to meet him. Anuj does not allow Toshu to meet Kinjal or the baby. He gets to know that Toshu is drunk. Toshu picks the knife and threatens to cut his writs. Anu tells Toshu to go ahead and harm himself. Toshu plans to snatch Choti Anu from Anupamaa and decides to ruin her happiness. Also Read - Trending TV News Today: Anupamaa actor Apurva Agnihotri blessed with a baby girl; Charu Asopa reacts to estranged husband's allegations and more

Anu gets to know that Toshu will cross every limit to get his daughter's custody and fears the same. She will files a complaint against Toshu for trespassing on Kapadia's house and taking Arya. Cops will take Toshu to the rehabilitation center and he will be treated be forced to leave drinking. Also Read - Anupamaa star Apurva Agnihotri-Shilpa Saklani, Dheeraj Dhoopar-Vinny Arora and more: TV couples who embraced parenthood in 2022

Fans are excited to see Aashish Mehrotra aka Toshu's negative side and have flooded Twitter with lots of messages. One user commented saying, 'This Toshu ..??
I Really Like Grey Characters...
Bas yeh Aise Hi Grey Rahe ..
Acche Pita Ki Tarha Ww Naa kiya Jaaye', while another commebted saying, 'DARD HUA NA??
This gave me chills
A son, your first born treating you like this is heart wrenching

#Anupamaa was never liked by toshu,
but this is a full blown war between a mature mother & a psychotic son

Can't wait to c these them perform
Ashish nails such intense scenes'.

Have a look at fans reaction on Toshu's negative role -

DARD HUA NA??
This gave me chills
A son, your first born treating you like this is heart wrenching #Anupamaa was never liked by toshu,
but this is a full blown war between a mature mother & a psychotic son

Can't wait to c these them perform
Ashish nails such intense scenes pic.twitter.com/scHGbDwMhR

Kal hi Toshu has written who is changing colours... ??

Ashish is really nailing this negative role... infact I feel V in negative role or whatever role I get irritated...

I always want ashish to play positive role but seeing this side , this evil scary smirk? of him I'm loving it in he nailed it in negetive role too??❤❤#toshu #Anupamaa #MaAn #AnujKapadia #Ashishmehrotra pic.twitter.com/PS7feVxvQ7