Anupamaa SHOCKING upcoming twists: Vanraj throws Toshu out of the house; Kinjal to have extramarital affair and more

In the upcoming episode of Anupamaa, Vanraj slaps Toshu for cheating on Kinjal, while she will forgive him but on one condition. Watch the promo video here. 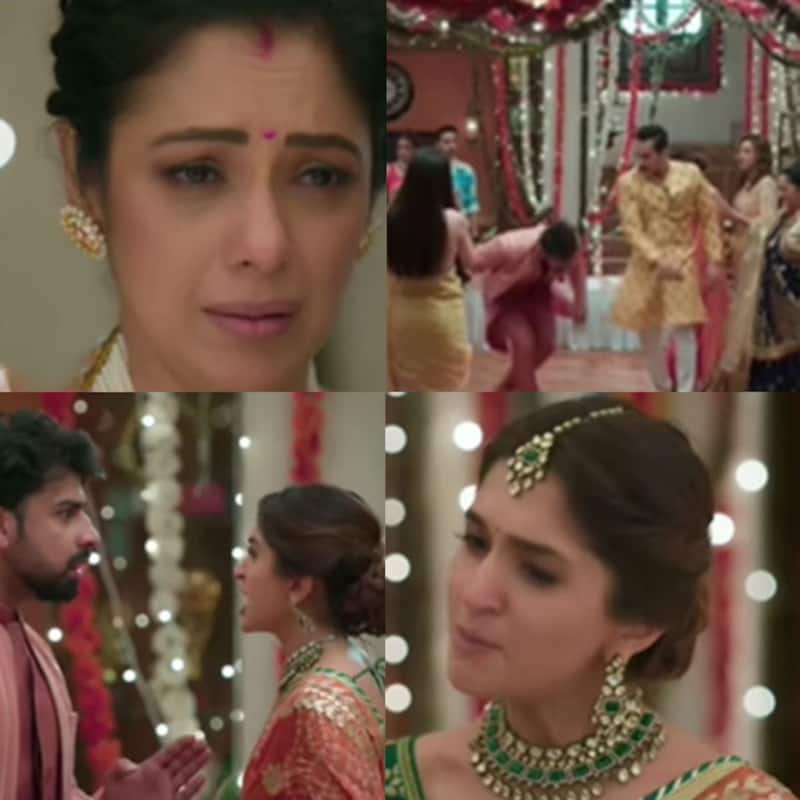 In the current episode of Anupamaa, Anu confronts Toshu about his extra-marital affair. On the other hand, Rakhi tells Anu to not reveal anything about Toshu's affair to anyone. Anu disagrees and says that she would have to inform Kinjal about the same. Anupamaa remembers how Vanraj cheated on her. Also Read - Anupamaa SPOILER: 5 MAJOR twists in Rupali Ganguly and Gaurav Khanna's show that will leave MaAn fans shocked

In the upcoming episode of Anupamaa, Paritosh does not feel ashamed after his extra-marital affair and tells Anu that it is a man's need. He says that he does not love the strange girl and will never leave Kinjal. He even tells Anupamaa that he is the best father and husband and will give everything to his family. Paritosh even adds saying that Kinjal should not doubt him whenever he goes out of Ahmedabad for work. Anupamaa loses her self-control and shouts at Paritosh. Everyone sees Anupamaa angry and asks her what's bothering her. Toshu makes different excuses to escape. Also Read - Anupamaa SHOCKING spoiler: Vanraj to save Anuj-Anupamaa from Barkha's evil plan; makers whitewashing his character again?

On the other hand, Paritosh is unable to accept his mistake and says that his mother Anupamaa is making chaos about small issues. He even shouts at Anupamaa and says that she needs a break. He even taunts Vanraj and Kavya and makes excuses for physical needs. Anupamaa slaps Paritosh as she loses her control. Also Read - Anupamaa Top 5 SHOCKING twists: Anuj declares Anu as owner of Kapadia business; Vanraj exposes Barkha and more

Even Vanraj is unable to control his anger and slaps Toshu. He tells him that he had a compromised marriage with Anu. He questions him that he loved Kinjal and still cheated on her. Reportedly, Vanraj will throw Toshu out of the Shah house.

Kinjal will be seen forgiving Toshu for his extra-marital affair but will put a condition in front of him. She will tell him that even she wants to do an extramarital affair for a timepass. Paritosh shouts at Kinjal and she gives him a befitting reply. What will happen next?