In the show Anupamaa, Toshu's extra-marital affair has added to the shocking twist. Anu is trying to get to terms with the situation that her son is a cheater. 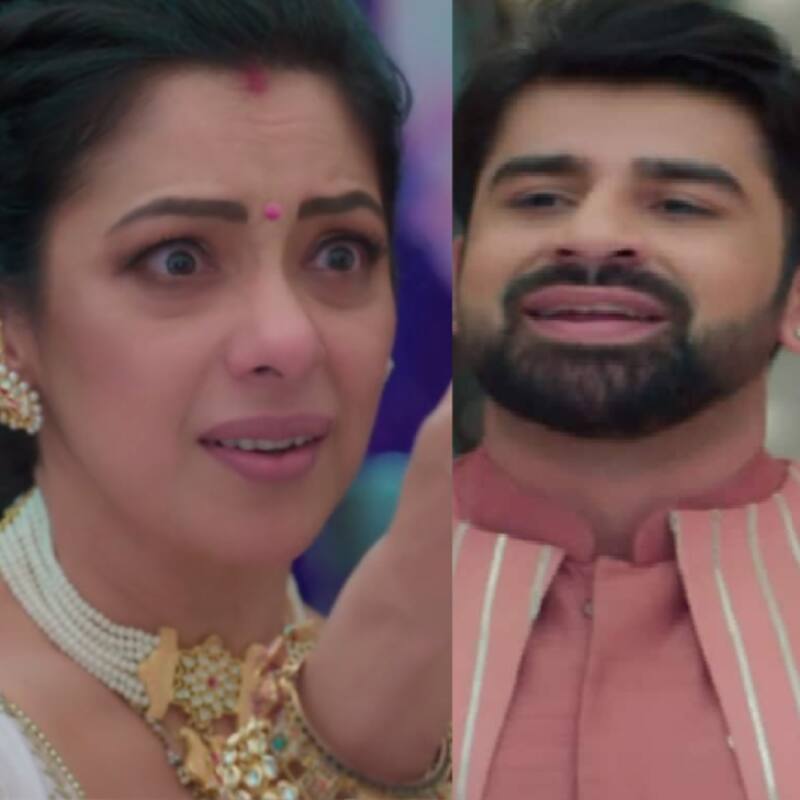 TV show Anupamaa is ruling the TRP charts. Fans are in love with the storyline of the show. It has Rupali Ganguly playing the lead character of Anupamaa. She was married to Sudhanshu Pandey aka Vanraj. After the divorce, she married Gaurav Khanna aka Anuj Kapadia. Now, the story is all about how she handles Shahs and Kapadias. She has now turned a grandmother as Kinjal and Toshu have welcomed a baby girl. But Toshu's extra-marital affair has left Anupamaa shocked. Also Read - TRP report week 38: Anupamaa reigns, Ghum Hai Kisikey Pyaar Meiin follows; Sumbul Touqeer-Fahmaan's absence finally hits Imlie

Entertainment News: Rupali Ganguly aka Anupamaa and Toshu's confrontation get everyone talking

In a recent episode, we see Anupamaa confronting Toshu about the same. She asks him how could he even pull something like that. In return, Toshu says that he has moved on from the episode and is rather concentrating on Kinjal and his daughter. Brashly he even says that men cheating on their wives is nothing new and she should rather keep his secret a secret. Anupamaa is torn with these statements of Toshu. Netizens too are disgusted with him. On Twitter, Toshu is receiving negative comments for his thought about an extra-marital affair. One even commented that Toshu is a step ahead of Vanraj. He had cheated on Anupamaa in the past. Check out the tweets below: Also Read - Anupamaa, Ghum Hai Kisikey Pyaar Meiin, Imlie and more: SHOCKING upcoming twists in TRP ruling TV shows

Toshu's borderline psychotic behavior and Anu reeling from the disgust and shock was SO WELL DONE. <3

This scene legitimately made me want to run a truck over Toshu, the way he was gaslighting her in the name of motherhood, yikes.#anupamaa pic.twitter.com/bBVxUgrbDU

I wish tht #Anupamaa pours her heart out to #AnujKapadia so tht she can vent out as she relived the trauma.
4. Toshu had the audacity to say that he might be late at nights but Kinjal shouldnt suspect him & he wuldnt betray her. No wonder Anupamaa snapped. +

#Anupamaa
watched the entire episode after months and i am regretting it! Rakhi should send toshu to jail! kutha kamina insaan! so pathetic!in the precap, indirectly telling rakhi and anupama that he will continue cheating!

On the other hand, a lot of people even praised Rupali Ganguly and actor Ashish for pulling off an emotionally intense confrontation scene. Anu had flashbacks of what Sudhanshu Pandey aka Vanraj did to her and she simply broke down. Toshu's manipulative side left many intrigued. Also Read - Anupamaa, Ghum Hai Kisikey Pyaar Meiin, Imlie, Yeh Rishta Kya Kehlata Hai and more Top TV shows; check upcoming episodes big twists