In the latest twist, we see Kinjal leaving the Shah Parivaar to go and stay with Anupamaa and Anuj Kapadia. Netizens are upset with this move. Here's why. 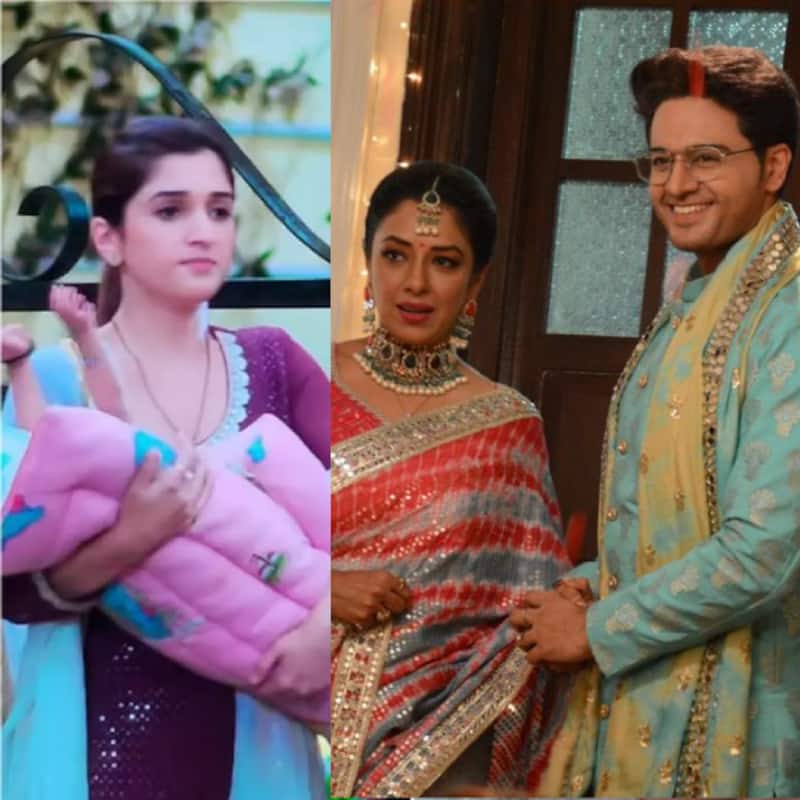 In the TV show, Anupamaa, the makers have brought a twist by showing Toshu's extramarital affair. Kinjal played by Nidhi Shah is Toshu's wife and she is obviously heartbroken by the news. The Shah family is trying to come to terms with the news, while Kinjal decides to leave her home and go somewhere else. Though the Shahs thought that she was going to stay with her mother Rakhi Dave but instead she decided to go and stay with Anupamaa (Rupali Ganguly) and Anuj Kapadia (Gaurav Khanna). This move of Kinjal has brought her some negative comments from netizens. Also Read - Anupamaa SHOCKING upcoming twist: Toshu's vengeance grows against Anu-Anuj after facing isolation from Kinjal, Pari and his family

Netizens are upset with Kinjal for burdening Anupamaa

On Twitter, a lot of netizens are cribbing against Kinjal and calling her selfish. Fans are of the opinion that Kinjal knows that Anuj Kapadia is still recovering from his injuries and yet she wants to go and stay with them. Diehard fans of Anupamaa feel that Kinjal living in Kapadia house will only add burden on Anupamaa and she won't be able to focus on her marital life. Check out a few tweets below: Also Read - Anupamaa, Ghum Hai Kisikey Pyaar Meiin, Imlie and more; Twists in the upcoming episodes of these TOP TV shows will leave you excited

Kinjal is the most selfish CH! Period.

She knows Anuj is still recovering, he’s suffering from memory loss, limping, but still use mummy chahiye. She’s immature. She could have stayed with her mom at least for few days.

Kinjal is portrayed to be the most understanding of #Anupamaa and yet she doesn't seem to mind burdening her with everything. Rakhi is willing and open to offering her what she needs but she wants to burden #Anupamaa

Kinjal is portrayed to be the most understanding of #Anupamaa and yet she doesn't seem to mind burdening her with everything. Rakhi is willing and open to offering her what she needs but she wants to burden #Anupamaa

What are your thoughts on the same? Meanwhile, Anuj Kapadia has ordered Anupamaa to not get involved in the problems of the Shah parivaar. Also Read - Anupamaa, Akshara from Yeh Rishta Kya Kehlata Hai and more female leads of TOP TV shows are ruling hearts with their strong personalities