Anupamaa upcoming twists: Anu and Anuj to adopt Kinjal and her newborn baby girl; Rakhi to have a change of heart

In the upcoming episode of Anupamaa, Rakhi apologizes to Anupamaa for not realizing Toshu's mistake. On the other hand, Kinjal's health deteriorates after Toshu gets thrown from the Shah house. Anu-Anuj plans to adopt Kinjal and her baby. 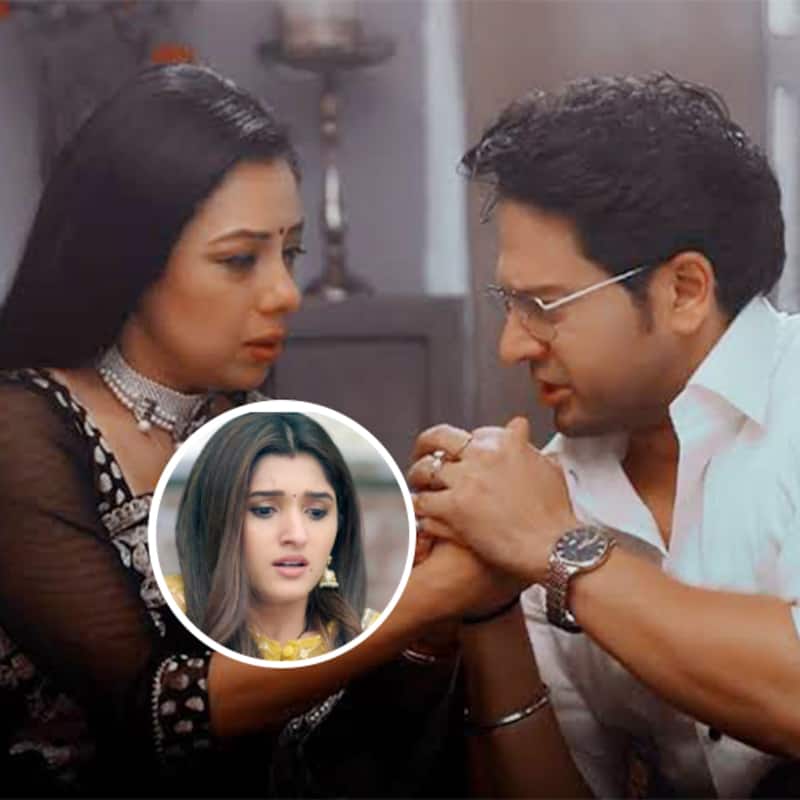 In the current episode of Anupamaa, Toshu ruined Kinjal's life due to his extra-marital affair. Toshu does not realise his mistake even after Anupamaa tells him. Toshu says that it's a man's need. Anupamaa and Vanraj slap Toshu for not accepting his mistake. On the other hand, Rakhi tells Anupamaa to not reveal Toshu's truth in front of Kinjal as she does not want to ruin her married life. Anupamaa tries her level best to make Toshu understand his mistake, but he tries to prove her wrong. Vanraj throws Toshu out of the house and Kinjal also agrees with her father-in-law's decision. Also Read - TRP report week 38: Anupamaa reigns, Ghum Hai Kisikey Pyaar Meiin follows; Sumbul Touqeer-Fahmaan's absence finally hits Imlie

In the upcoming episode of Anupamaa, Toshu gets shocked after his father Vanraj tells him to leave the house forever. Toshu promises to himself that he will ruin Anupamaa's happiness. On the other hand, Anuj will try to calm Anupamaa. She will decide to stay in the Shah house. Within no time, Kinjal's health will deteriorate due to Toshu's mistake. Anu decides to spend the entire night with Kinjal and takes care of her. On the other hand, Bapuji will stop talking to Baa and he will say that Vanraj and Toshu have ruined their own lives. Anupamaa is trending on the Entertainment News. Also Read - Anupamaa, Ghum Hai Kisikey Pyaar Meiin, Imlie and more: SHOCKING upcoming twists in TRP ruling TV shows


Meanwhile, Rakhi will apologise to Anupamaa for her mistake. She tells Anupamaa that she became blind to Kinjal's love and could not understand that Toshu was wrong. She blames herself for Kinjal's sorrow. Anupamaa quickly forgives Rakhi and explains to Kinjal to start a new life. Anupamaa and Anuj decide to adopt Kinjal and her child. What will happen next? Also Read - Anupamaa, Ghum Hai Kisikey Pyaar Meiin, Imlie, Yeh Rishta Kya Kehlata Hai and more Top TV shows; check upcoming episodes big twists
Advertisement
Stay tuned to BollywoodLife for the latest scoops and updates from Bollywood, Hollywood, South, TV and Web-Series.
Click to join us on Facebook, Twitter, Youtube and Instagram.
Also follow us on Facebook Messenger for latest updates.
Advertisement