Arjun Bijlani was Ranbir Kapoor's classmate; Shamshera star spills the beans as he praises the Naagin actor in this unmissable video

As Ranbir Kapoor reveals Arjun Bijlani was his classmate and praises him, the Naagin gets emotional and shares a tight hug with the Shamshera star; don't miss the video 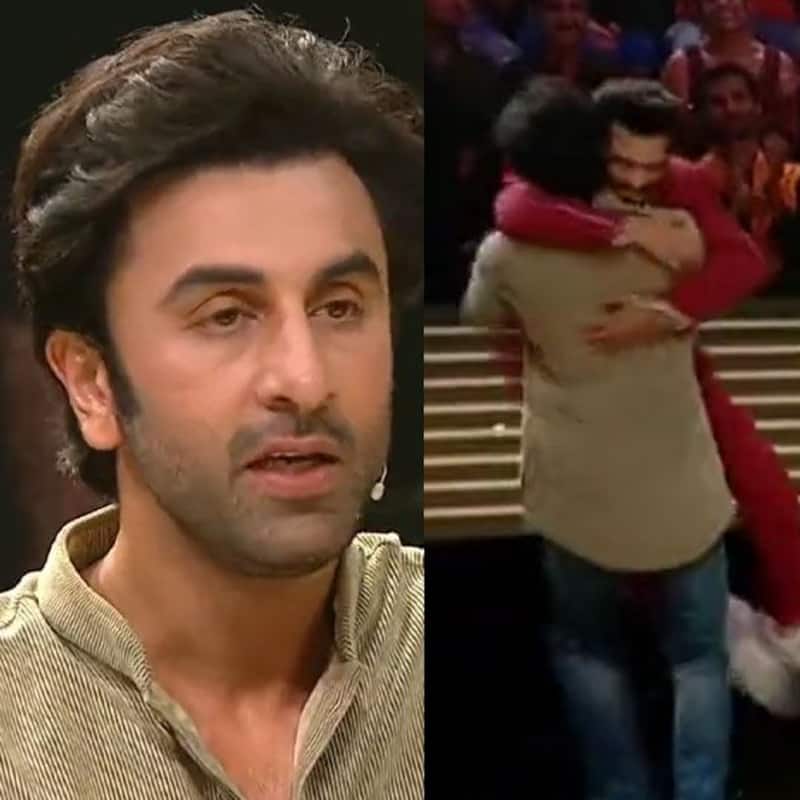 WOW! Now, this revelation is something that will melt Arjun Bijlani fans instantly. Ranbir Kapoor who is busy promoting his upcoming film Shamshera was on a show hosted by Arjun and he revealed that the actor was his classmate left everyone surprised. This video will instantly remind you of Billu Barbar film that features Shah Rukh Khan and Irrfan Khan as buddies. Though the situation of both the actors is extremely different, the bond was indeed endearing to see. Ranbir Kapoor even mentions that he is proud of his laurels. Also Read - Ranbir Kapoor birthday: Here's how the Brahmastra star will ring in his birthday, courtesy wife Alia Bhatt [Exclusive]

Ranbir impromptly tells everyone addressing Arjun Bijlani, " Arjun, yaha log jaante nahi hai ki aap aur mai atually bacpan se ek dusre ko jaante hai. We were in the same school, same class, same football house. And it feels so great to see everything that you are doing, the fact that you are a father and you are such a great host and all the work that you do. It's heartwarming to see a colleague and a friend of mine do so well". This leaves Arjun damn emotional and he immediately walks toward the stage to hug Ranbir Kapoor. This video of the actor is winning hearts for all right reasons. Also Read - Project K actress Disha Patani looks hot in bikinis, gowns and even in sarees; these pictures are proof

humble Kapoor for a reason❤️#RanbirKapoorpic.twitter.com/jMTIUWAS3D

Ranbir Kapoor is one of the most humble actors in the industry and he has time and again proved it. Seeing Arjun and Ranbir's bromance on the stage, the fans are even more excited to see them together in the show Star Parivaar where Ranbir had come to promote his film Shamshera along with Vaani Kapoor. While Ranbir Kapoor is going to be a father very soon and he shares this excitement wherever he goes and openly talks about it. Ranbir and Alia announced their pregnancy just a few weeks ago The couple got married on April 14, 2022, and are also waiting for their first film together Brahmastra.