As Anupamaa gets married to Anuj, Rupali Ganguly recalls her own wedding with Ashwin K Verma; says, 'Ours was hilarious' 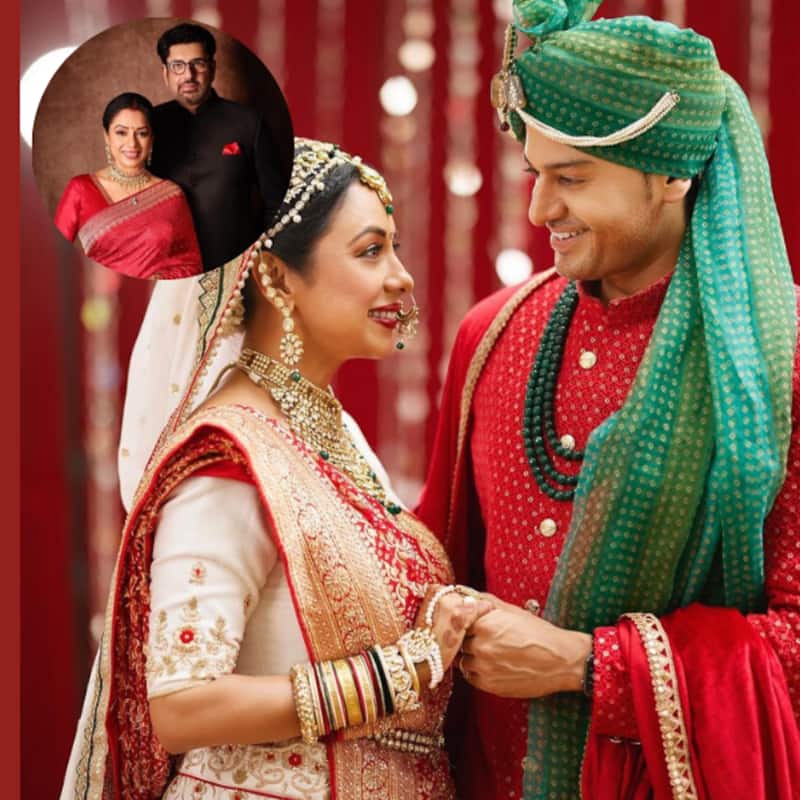 Anupamaa and Anuj aka Rupali Ganguly and Gaurav Khanna are now Mr and Mrs Kapadia. The pictures from MAAN KI SHAADI are going viral and how! Fans are loving the beautifully done wedding of Anupamaa and Anuj. Rupali Ganguly and Gaurav Khanna are being shipped as MaAn aka Anu and Anupamaa ever so much these days. Their bride and groom look has been winning the hearts of their fans. Recently, Rupali Ganguly opened up about her real life wedding with Ashwin K Verma. It wasn't as elaborate as MAAN KA SHUBH VIVAH, the actress shared. Also Read - Ankita Lokhande wears a plunging neckline dress but looks uneasy; netizens say, 'Uncomfortable hoti hein aur pehen na bhi zarur hai'

In her recent chat with ETimes, Rupali Ganguly revealed that her wedding with Ashwin K Verma was hilarious, fast and quite simple, unlike the one with Gaurav Khanna in Anupamaa. They literally decided to get married two days before the wedding and even on the day of the wedding, a lot of things happened. Rupali's wedding was a small-scale affair with just 90 people as guests. They later threw a post-wedding bash for their friends. Rupali doesn't believe in elaborate weddings as shown on TV. "Personally, I believe in small and simple weddings and my own wedding was a quick and simple one many years ago," the actress said. Also Read - Trending TV News Today: Charu Asopa wants divorce from Rajeev Sen, Taarak Mehta Ka Ooltah Chashmah gets new Nattu Kaka and more

Elaborating on her real wedding from years ago, Rupali said, "Ashwin and I had decided to get married just two days in advance and I had announced it to my parents. My brother (Bollywood choreographer Vijay (Ganguly) was taking a flight out of Mumbai and I had to ask him to stay back. We fixed a date and I was hoping that Ashwin would show up on time. We were planning to do a registered wedding at my home in Worli but then my father (film director Anil Ganguly) decided to do kanyadaan and we called a pandit. I had asked a designer friend to get a blue blouse with my red sari and we waited for the pandit who did not reach till late evening. Ashwin entered a 'no entry' lane and he was fined by the police. It was hilarious how finally Ashwin landed at my home and the pandit started chanting the mantras from the ground floor till he came to my flat. In total, I had around 99 people at my wedding. Ashwin came dressed in a shirt and jeans and then the kanyadaan happened and we exchanged garlands. Our wedding was over in a few minutes. We threw a wedding after-party after we got married on the same day in Versova at an eater later for our friends. Ours was a fast, hilarious and a super quick wedding. I feel that instead of spending money on a big, fat wedding, you should rather share your happiness by helping the less privileged." Also Read - Vijay's Master co-star Malavika Mohanan looks fiery hot in a short shimmery plunging neckline dress with a high slit [VIEW PICS]

What are your thoughts on this? Let us know by tweeting us @bollywood_life.