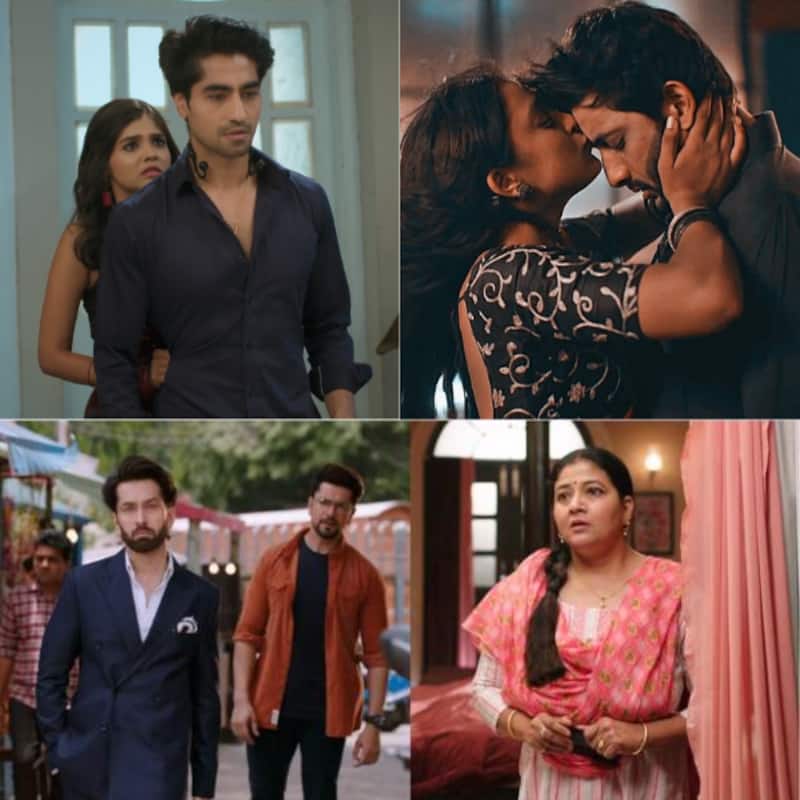 Bade Achhe Lagte Hain 2, Ghum Hai Kisikey Pyaar Meiin, Yeh Rishta Kya Kehlata Hai, Anupamaa and Imlie are some of the most popular TV shows in the country. This past week, a lot of drama happened in the TV world and in the characters of these TV shows. So, we are conducting a poll on which TV drama did you enjoy watching the most, in this past week. Let's check out what all happened in the TV world and your FAVE TV shows in the last week below... Also Read - Before the Uorfi Javed-Kashmera Shah controversy; Rubina Dilaik-Kavita Kaushik, Tejasswi Prakash-Shamita Shetty and THESE other TV actresses had ugly public spats

Disha Parmar and Nakuul Mehta starrer TV show has taken a drastic turn. Ram and his family blame Priya for hiding the truth about Varun and Mahendra Sood being connected to Shashi. Ram accuses Priya and Meera of hiding the real killers. Ram is shocked but stands firm that Priya has to stay away from the case. Meera has been siding Varun for Ishaan's sake. We also learned that Varun is not Ishaan's father. Later, we saw Priya getting kidnapped. She records a video of Mahendra Sood and Varun's confession. Ram comes to save her when Varun and MS attack her. However, he drops the bomb in front of Priya by asking her to get Meera arrested. Also Read - Resul Pookutty vs RRR: After Baahubali producer, Composer MM Keeravani reacts to 'gay love story' remark with a vulgar comment

In Anupamaa, this past week, romance was high in the air between newly married duo Anuj aka Gaurav Khanna and Rupali Ganguly. Anuj gave Anu a tour of Kapadia Sadan. There were a lot of mushy moments between them. Elsewhere, Vanraj aka Sudhanshu Pandey and Kavya aka Madalsa Sharma's relationship tours sour as the latter demands divorce from him. Vanraj decides to take a stand for his family. On the other hand, Anuj talks about his family members Ankush and Barkha bhabhi. Ankush and Barkha gave a gift to Anu and Anupamaa, a honeymoon in Mumbai. Anupamaa and Anuj go to Mumbai and have some romantic moments. Also Read - Bigg Boss 16: Salman Khan's reality show postponed? Here's what we know

Fahmaan Khan and Sumbul Touqeer Khan starrer Imlie saw some major drama in the last week. Jyoti spiked Imlie's food after which she was found to be pregnant. Aryan and Imlie shared some wholesome moments together discussing their family. Later, Jyoti pulled another trick and made Imlie fall. When the Rathores reached the hospital, it was revealed that Imlie is not pregnant. The doctor then lies saying that Imlie can never get pregnant. However, Imlie is unaware of the truth. Narmada, under the brainwashing of Neela, Gudiya and Jyoti, treats Imlie badly. Imlie is utterly devastated by everything happening around her these days.

In Ayesha Singh, Neil Bhatt and Aishwarya Sharma starrer Ghum Hai Kisikey Pyaar Meiin, we saw a huge drama! Sai was arrested by Virat for alleged medical negligence. Jagtap has returned after being released from jail. Jagtap's brother, Malhar, was admitted to the hospital where Sai works. Dr Thurat who is a senior doctor there, is selfish and a misogynist. In his greed, he administers more painkillers to Malhar. The latter was already drunk and drugged with painkillers. When he passes away, Dr Thurat understands his fallacy but blames Sai. Virat has no choice but to arrest her. Elsewhere, Pakhi decides to move on from Virat and focus on work. She and Samrat start getting closer.

In Harshad Chopda, Pranali Rathod and Karishma Sawant starrer TV show Yeh Rishta Kya Kehlata Hai, this week, we saw Akshu and Abhi having misunderstandings. Firstly, Abhi gets mad at Akshara for throwing an anniversary party for Manjiri aka Ami Trivedi and Harshvardhan aka Vinay Jain. But they patch things up. Later, Akshara goes for an interview at a charitable trust but Abhi is not in favour of Akshu working there. Akshu manages to secure the job but Abhi misunderstands her after her call where she says she will meet and reveal what transpired at the charitable trust. He contacts his friend and asks him to get a job for Akshu. However, they both are in for a surprise when they see two offer letters. But, Akshu and Abhi patch things up again.

So, which of the dramas did you enjoy the most? Vote here:

Go on and vote for your favourite TV show and we will soon announce the results. Do keep checking in BollywoodLife for the latest updates.