Bade Achhe Lagte Hain 2: Have Nakuul Mehta and Disha Parmar begun shooting for the show? – THIS picture suggests so

There have been rumours that Nakuul Mehta and Disha Parmar will be reuniting after eight years for Ekta Kapoor's Bade Achhe Lagte Hain 2. Now, a picture of them shooting together has gone viral and it seems that the shoot has already begun.

Bade Achhe Lagte Hain 2 is finally happening. Since a few months, there have been a lot of stories around this show. Earlier, it was Divyanka Tripathi Dahiya and Nakuul Mehta who were supposed to do the show. Recently, Divyanka Tripathi Dahiya revealed that she has rejected the show as she could not relate with the character and also felt that her pairing with Nakuul Mehta would look odd. Post this, there were reports that the makers have approached Devoleena Bhattacharjee to play the lead role. A source close to the project informed ETimes that they are in talks with Devoleena and are hoping for the deal to materialise soon. Later it was reported that Disha Parmar is finally cast opposite Nakuul Mehta. Also Read - Indian Idol 12's Pawandeep Rajan-Arunita Kanjilal to be a part of Nakuul Mehta-Disha Parmar's Bade Acche Lagte Hain 2?

Nakuul and Disha had already become extremely famous and their on-screen pairing was being loved by the audience in Pyaar Ka Dard Hai - Meetha Meetha Pyaara Pyaara. It was an amazing show and people still love this beautiful on-screen pair. Now, a picture of them together has gone viral and it looks like they have begun shooting for Bade Achhe Lagte Hain 2. We also found a video of vanity vans of Nakuul and Disha. Take a look at the pictures and video here: Also Read - Bade Acche Lagte Hain 2: Will Nakuul Mehta-Disha Parmar aka Ram and Priya's marriage help the show pick up ratings on TRP charts? 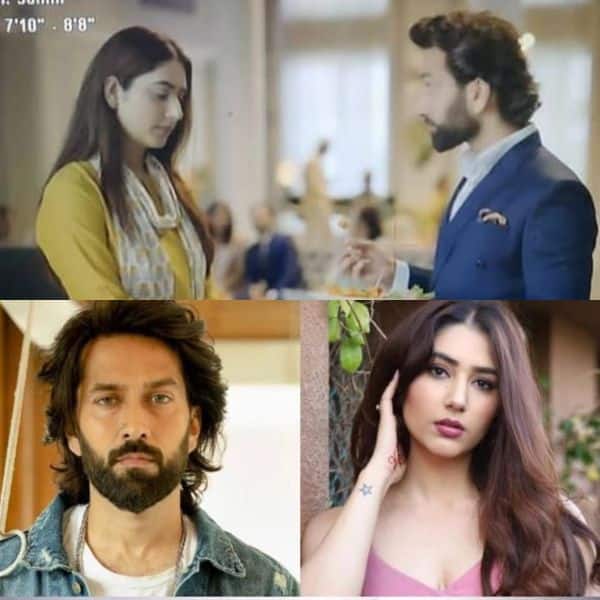 Well, we cannot wait for this beautiful on-screen pair to return to television soon. Nakuul Mehta and Disha Parmar as Aadi and Pankhuri had impressed us and now with this new story, we are sure they will look even better. It surely will be a huge responsibility to step into the shoes of Ram Kapoor and Sakshi Tanwar who made us all fall in love with Bade Achhe Lagte Hain.