Bade Achhe Lagte Hain 2: Nakuul Mehta-Disha Parmar show makers face flak for projection of Pihu; fans say, 'Why is a five-year-old given such crap to speak?'

Bade Achhe Lagte Hain 2: Nakuul Mehta-Disha Parmar show makers face flak for projection of Pihu; fans are annoyed with the kind of dialogues little Aarohi is given by the writers 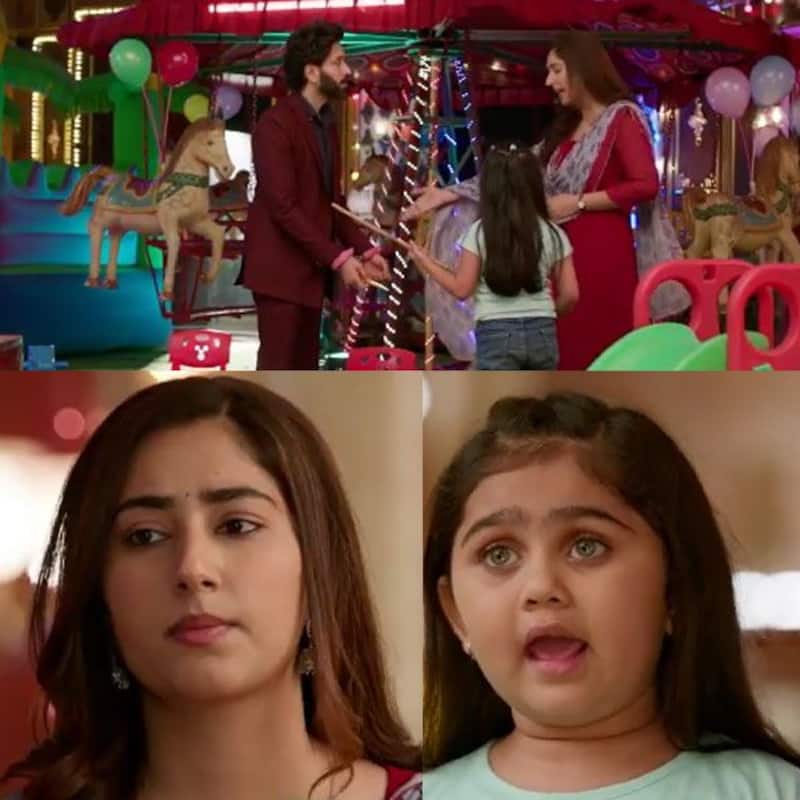 Bade Achhe Lagte Hain 2 might not have the best of TRPs but the show is loved courtesy of Nakuul Mehta and Disha Parmar. Fans cannot get enough of the couple. As of now, Priya and Pihu are living with the Kapoor's in their house. This development has upset Nandini and Vedika to a great extent. They do not want that Pihu finds out that Ram is her biological dad. On the other hand, Pihu believes that Ram is responsible for all the hardships that Priya (Disha Parmar) is facing in her life. This makes her hate Ram (Nakuul Mehta) to a great extent. Also Read - Bigg Boss 16: Sajid Khan makes early revelation about who'll be one of the finalists on Salman Khan's show and it's NOT HIM

In the coming episodes, we will see that Pihu ties the hands of Ram. She says he is a kidnapper. Priya tries to make her understand that it is not so. Pihu says he is a mean and arrogant man. Finally, she tells her that Ram is her Prince Charming. We wonder how Pihu will react from now on... Also Read - Ponniyin Selvan box office collection day 5: Chiyaan Vikram, Aishwarya Rai Bachchan film jumps on a weekday; crosses Rs 250 crore worldwide

I don't even know if I can fault pihu after all she is a kid who saw her mother faint. Don't understand why she is blaming Ram for it though.

Ram's anger towards the minister though ?#BadeAchheLagteHain2

D way dis little girl bringing out d best of Ram & Priya in herself is just 2 good,how she has naturally blended such that she really looks like their real child & not reel child,amazing casting of Nakuul-Disha-Aarohi.V really appreciate u @EktaaRKapoor 4 dis #BadeAchheLagteHain2 https://t.co/VyhgMy1In4

That’s the point - Priya is playing mommy dearest and bechariest while hiding the truth from both and also NOT reprimanding Pihu when she says such disgusting things.

Does Ram not deserve even a little bit of softness is the question. #BadeAchheLagteHain2

Priya’s ways of teaching Pihu is not helping at all. Just because she has the advantage of bringing her up, she gets to let her hv poison like feelings for her dad & she gets to be Mommy Bestest! Ram Pihu desrv a bond beyond Raya’s, y is it so diff to show?! #BadeAchheLagteHain2

It is NOT needed.

There could have ten thousand different ways they could written their scenes. This is disgusting.

I have no idea which viwers are liking dis nok-jhok between a kid and dad. Its the most pathetic storyline of the show. So forced. Was Ram knowing his child not his, not enough that this horrible bitterness had to be shown? It NOT CUTE AT ALL @SonyTV #BadeAchheLagteHain2

Nothing against Aarohi, she is doing great and it helps that she perfectly fits the mould of Ram’s daughter.

It’s just the crap they make her speak. Tonight’s episode where she accuses Ram of ‘hurting’ her bechari ma is also going to be maddening. #BadeAchheLagteHain2

Bade Achhe Lagte Hain 2 has been given a notice by the channel if reports are to be believed. It seems if the ratings go up then the show will get an extension of three more months. While it is a hit online, the TV viewership is quite low. Fans of Nakuul Mehta and Disha Parmar want season three on a different channel with the same leads. Also Read - Alia Bhatt baby shower: Ranbir Kapoor's family selfie; Shaheen Bhatt, Anushka Ranjan pose with mom-to-be and more INSIDE PICS