Bade Achhe Laget Hain 2: Netizens are not happy with the ongoing track of Disha Parmar and Nakuul Mehta starrer TV show. Fans now think there never was love between Ram and Priya. Well, check out the tweets below: 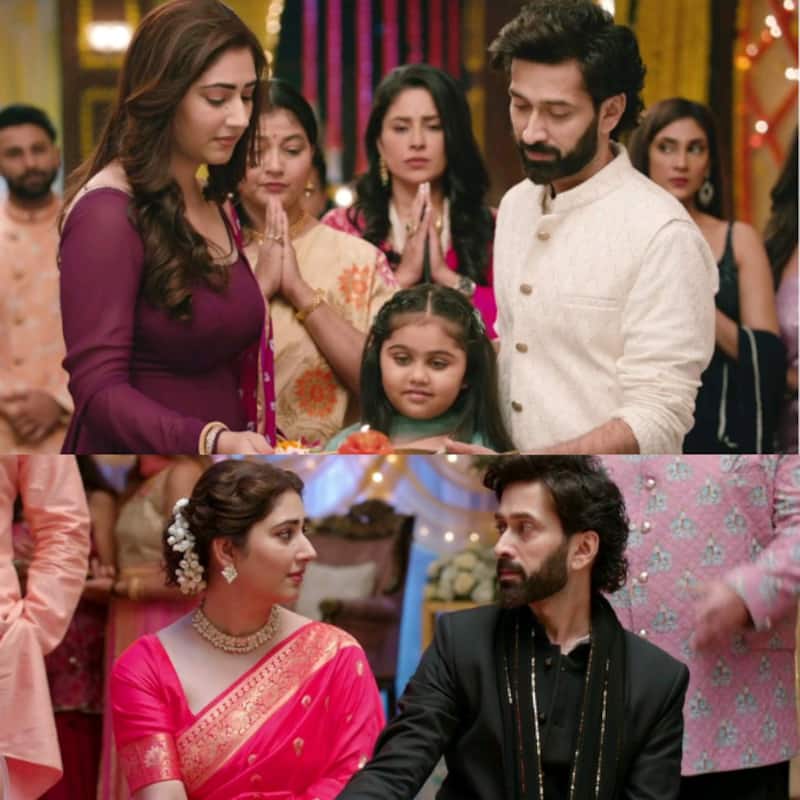 Bade Achhe Lagte Hain 2 starring Nakuul Mehta and Disha Parmar is one of the most popular TV shows online. It recently completed a year. Though Bade Achhe Lagte Hain 2 has not been able to rake in TRPs ever since he started airing. Nakuul Mehta and Disha Parmar starrer TV show has managed to keep the audience hooked online. It is one of the most widely discussed TV shows in the country on social media. Ram and Priya's story took a tragic turn which is only spiralling downward it seems as the netizens are unhappy with all that's happening in Bade Achhe Lagte Hain 2. Also Read - Trending TV News Today: Rubina Dilaik opens up on embracing motherhood, Nakuul Mehta turns Ronaldo-Messi with a BALH 2 twist and more

A promo of Bade Achhe Lagte Hain 2 was dropped a couple of hours ago. In the new promo of BALH 2, we all saw Ram (Nakuul Mehta) being very furious with Priya (Disha Parmar). He gave a blank cheque to Priya and asked her to get lost. For the unversed, Ram has now learned about Pihu being his daughter. He heard Ishaan and Priya's conversation. Priya in order to stop Ishaan from revealing the truth to the police, lied saying that she won't ever let Pihu stay with Ram as his whole family hates her and will also hate Pihu and use her. Priya also adds that she had been pretending all along to help Ram get the deal and nothing more. Ram is yet again heartbroken. And now, in the upcoming episode of Bade Achhe Lagte Hain 2, Ram will finally lose his calm and have a nasty showdown with Priya in front of all of his family members. Also Read - Ghum Hai Kisikey Pyaar Meiin fame Virat to Abhimanyu from Yeh Rishta Kya Kehlata Hai and more FLAWED male leads who are both loved and hated

For starters, there's a division between the fans of Ram played by Nakuul Mehta and Priya played by Disha Parmar. Some of the fans feel that Ram's character is being butchered while others believe that Ram is doing right by giving it back to Priya. Some of the fans feel that there never was love between Ram and Priya. Netizens are unable to make heads or tails of the ongoing track in the show. Check out the Twitter reactions here: Also Read - Ghum Hai Kisikey Pyaar Meiin jodi SaiRat, Yeh Rishta Kya Kehlata Hai duo AbhiRa and more solo stans of on-screen TV couples engaged in fandom war

This was required, someone to show P the mirror.

Except for V being his ex, Ram has never hidden things from P.

She has always kept others above him. You can’t claim that u love someone when your words and actions don’t reconcile.#BadeAchheLagteHain2

Everything that was Disrespectful towards his wife, by him or his family is something he is never gonna think..
Aaj Tak bande ne ye na socha , how much she did for him..From birthday to his father getting justice.
His wife's privacy was threatened..but theek hai.#BALH2

He also hid about Vedika for 5 months. That’s not a small thing #BadeAchheLagteHain2

@SonyTV What Andaaz? this is 2022&what you are showing is 70s? andaaz. & what badle he is ? from the beg? this is called toxic relationship the Man is continuously insulting his wife (whether by bringing Angiras or discussing their personal life in public) #BadeAchheLagteHain2

2 strangers getting married with each other & falling in love and going through all ups/down together was beautifully written & executed in s1. But #BadeAchheLagteHain2 stands nowhere S1 when it comes to writing & execution. The core plot & writing of S2 are poles apart @SonyTV

LOUDER!
We've been waiting for this anger but not like this..not with angiras around.def not with a cheque being thrown on her face...not with a crowd..just Ram&Priya
He deserves answers from Priya...Priya needs to tell him the truth!! enough with the lies..#BadeAchheLagteHain2 https://t.co/GQXYhwPhzp

The writing and execution in S1 was just fab. It’s such a shame bc the leads in S2 are SO good and they did make Ram-Priya their own (which is no easy feat), but sadly the material that they’re given is just so mediocre #BadeAchheLagteHain2

I never compared #BadeAchheLagteHain2 with #BALH and kept catching up with current show as an entire new show but I expected the scene when Ram comes to know abt Pihu to be fire, the only place where i wanted something like s1 but EK has failed miserably here.? what even is it?

#BadeAchheLagteHain2
Ram throwing money/cheque at Priya's face and the whole Angira thing is hella wrong and problematic
By doing this RAM IS BUTCHERED TO THE CORE !!
Whoever defending this or not finding this wrong
I literally salute you
Bhai kahan gaye ethics/Morals ?

When did he beg for his child?! (The child he couldn’t have 0.1% doubts she could be his blood after trillions of hints given in the 7 days stay @ his home) .. this is the side affect of flaunting money ( which priya saved by saving the deal) #BadeAchheLagteHain2

Reunion is not happening soo. It seems or the Villains will continue N , A and V all have if stories of shoot seems to be a function #BadeAchheLagteHain2

I couldn't make a peace with this. Hence decided to quit. But it is somehow comforting to know there are still some sensible people left in the society who are also vehemently opposing the regressive content across all platforms of SM. Little wins! #BadeAchheLagteHain2 https://t.co/LJAnuQdXii

Tbvvvvvh
Now that I think of it, Ram sided with Priya during MS kaand only coz she almost died saving him from her father.
Also Priya gave in during that so-called Pehla Kadam coz she was grateful to Ram.
Love was never there.

There. I said it. Phew!#BadeAchheLagteHain2

I want someone from (Subbu/Vedu/Nandu) get hold of that Blank Cheque and withdraw all the money from Bank... Tab shayad use samaza mein aayega..

I have been saying this for a very long time Faith! Even back then it was just a 'ehsaas jo dono ne feel kiya tha, jo khas tha' that's it. It was just a physical intimacy that happened between husband and wife...normal hai. There was no love!! #BadeAchheLagteHain2

Ye sab Jaan ne mei kisko interest hai..
Vedika is prepping for becoming Pihu's Nandu Momma and in all this she is family at the end of the day
#BadeAchheLagteHain2

#BadeAchheLagteHain2 Absolutely right @KrummYummWatch RK is a problematic Father indeed .. RK is becoming more self centered by every passing day.. even his concern for his mumy’s panic attack is to keep himself in her good books .. https://t.co/t8pqP1q3Od

Tbvvhhh, Priya saved Ram only because it was HER beloved father trying to kill him. Love was never there for Ram hehe. #BadeAchheLagteHain2

So we can assume it was just harmones of the ppl which played .. the real mature story is yet to start #BadeAchheLagteHain2 pic.twitter.com/6ynaC9gazK

Now the show will become #RaHuKaSafar which a lot of us are not interested in. Earlier it was Nandu & vedu who were FLs and now it will be Pihu. Ram was always a ML as writers love the dukh dard peeda of the character truly, madly and deeply #BadeAchheLagteHain2

In all this mess, makers totally forgot the core plot which was 2 mature people getting married for their families, fall in love & stay together through thick & thin. Where is this @SonyTV @EktaaRKapoor #BadeAchheLagteHain2

Disha Parmar and Nakuul Mehta reunited for the reboot of Bade Achhe Lagte Hain. Fans loved their chemistry. But the flawed characters have been often called out. On the other hand, the editing and story and the fact that the villains remain unpunished have left fans upset.