Bade Achhe Lagte Hain 2 big twist: Ram (Nakuul Mehta) pours his heart out in front of Priya (Disha Parmar) after she apologizes for all the trouble, she's caused him. Netizens can't get enough of Nakuul Mehta's acting chops. 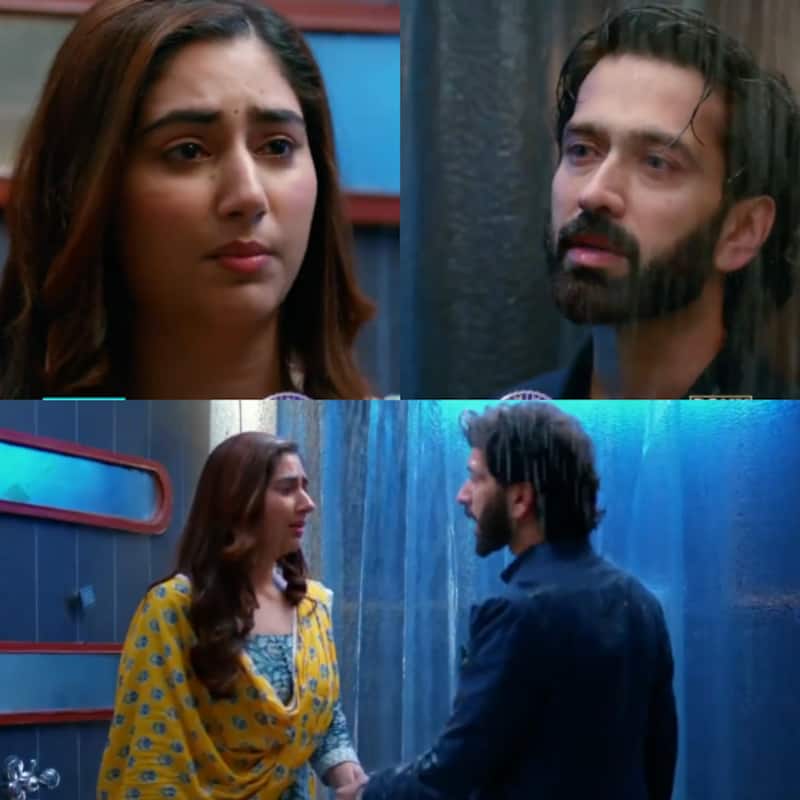 Bade Achhe Lagte Hain 2 is gearing up for some interesting twists and turns in the upcoming episode of Nakuul Mehta and Disha Parmar starrer. The Ekta Kapoor show has not been able to rake in desirable TRPs but Disha and Nakuul’s fans have been watching the show for RaYa reunion. Now, in the latest episode of Bade Achhe Lagte Hain 2, we saw Nandini threatening Priya about revealing the truth behind Shivina’s accident to Ram. Priya had stood her ground and faced everything and counter-threatened Nandini and now, Priya would apologise to Ram for the pain she has caused, thus, unleashing his fury. Also Read - Trending TV News Today: Munawar Faruqui drops MAJOR hint about Bigg Boss 16, Bade Achhe Lagte Hain 2 undergoes budget cuts and more

For those not in the know, a couple of weeks ago, Priya aka Disha Parmar left Ram aka Nakuul Mehta, leaving him heartbroken. It happened when Shivina fell down the stairs after Ishaan pushed her. Priya had taken the blame. Later when Priya found out that she is pregnant. Nandini manipulated her by saying that it was not Ram but Krish’s child. They had then parted ways. It was bitter separation and RaYa fans very pretty upset with the same. And now in Bade Achhe Lagte Hain 2, Priya apologises to Ram. Also Read - BTS of Anupamaa, Ghum Hai Kisikey Pyaar Meiin and more Top TV shows: check how the most crucial scenes are shot

Ram aka Nakuul Mehta loses it when Priya says sorry. He breaks down and pours his heart out. He shares his feelings on seeing her with Krish. Ram says that he dies a little every time when Krish aka Piyush Sahdev comes and talks to him about her. Ram bares his heart saying Krish makes him feel that he (Ram) is Priya’s ex. He asks Priya if she has any idea how he have lived in the last 5 years and what all has he suffered. Seeing Ram in tears and broken, Priya feels helpless ad even more guilty. Also Read - Ghum Hai Kisikey Pyaar Meiin, Anupamaa and more – Twists in TOP TV shows that will shake up TRP charts

Meanwhile, fans are heaping praises on Nakuul Mehta for his acting chops. Check out the reactions here:

Speechless and can’t express anything beyond. It’s good R expressed what he as gone thru & how he feel abt K when he talks abt her wth authority. It’s high time 4 P to stay away frm K and see to that he doesn’t hurt R. We already saw a BTS that K is thr in thr in cocktail party’s

@NakuulMehta You are so beautiful ???

Everytime I think ki ab isse achha kya hi hoga you surprise me. Ram Kapoor is the finest work in your career ♥️

So, what do you think? How will Ram react when the truth comes out in front of him? The truth about Shivina’s death, the truth that Pihu is actually his daughter, the truth that Nandini has been manipulating Priya all along. Well, it’s a complex situation and let’s see how the makers solve this one.