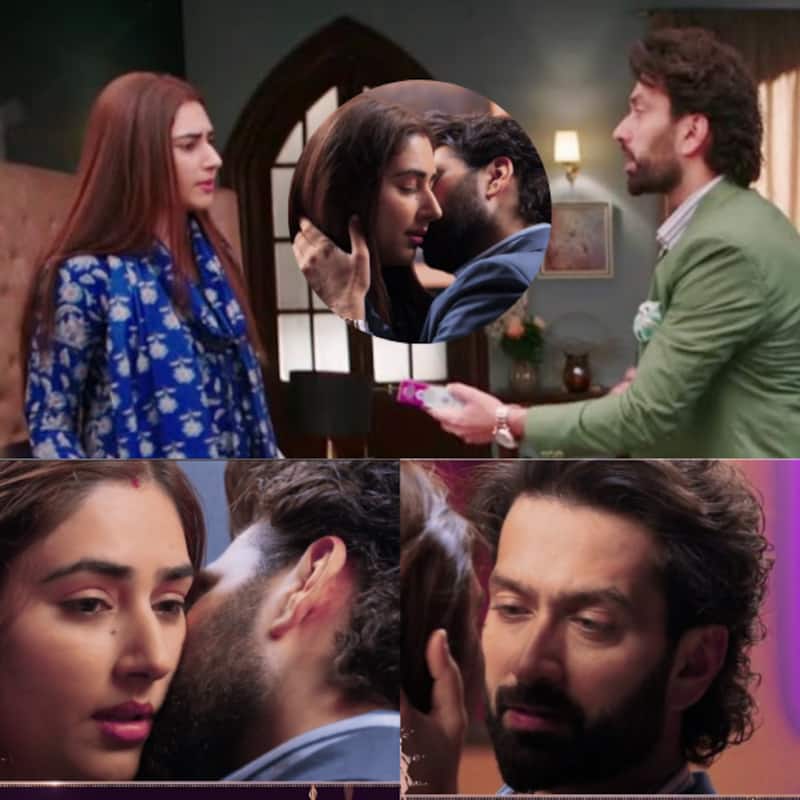 Bade Achhe Lagte Hain 2 starring Nakuul Mehta and Disha Parmar is one of the most popular TV shows online. Fans are loving the chemistry between Ram (Nakuul) and Priya (Disha). The two are playing their characters to perfection. RaYa has made a place in everyone's hearts already. Though the current track features some differences and misunderstandings between Priya and Ram, their fans are hopeful that the two lovebirds will soon make amends. And now, in the upcoming episode of Bade Achhe Lagte Hain 2, we will see Ram and Priya coming close. Nope, VERY close. Also Read - Anupamaa twist: Anu WARNS the r*pist of severe punishment as she seeks justice for Dimple; her bada*s avatar wins over MaAn fans [VIEW TWEETS]

Ram will give a peck on Priya's cheek and it would be one of the most romantic moments between Ram and Priya. They will be at a hotel, as far as the precap goes. It seems Ram followed Priya in the auto finally to make her see sense and clarify all the misunderstandings. Ram and Priya will share a very romantic moment which will lead to Ram giving Priya a peck on the cheek. Priya will get shocked but she would blush over the same. Sadly, the episode featuring RaYa's kiss is going to air on Monday. Yep, you read that right. And RaYa shippers have taken to their Twitter handle and expressed that Monday comes sooner. Check out the tweets here: Also Read - Hansika Motwani-Sohael Kathuriya wedding: UNSEEN and INSIDE pics from the South Indian actress' grand wedding are unmissable

Who does such emotional torture?

Who does show such passionate precap on Friday??

How will I survive till Monday, now?? ?#BadeAchheLagteHain2 #BALH2

From seeing precap looks like this kiss won't be a dream??❤#BadeAchheLagteHain2 #RamYa #BALH2 pic.twitter.com/Lhe69GwWHz

Is Ram following the policy of "for one's Shut up and listen to me or else I will kiss you" ?#BadeAchheLagteHain2 pic.twitter.com/TLTxQWNvTG

In the upcoming episode of Bade Achhe Lagte Hain 2, we will see Ram getting arrested by the police. It seems there's some misunderstanding because of the hotel location. The police is about to take away Ram but Priya stops them saying that they both are husband-wife and hence, they cannot arrest Ram. The police say they'll let Ram go as Priya is the witness. Priya counters saying that she is Ram's wife and not their witness. Ram will question Priya about the same and ask why does she then compare him with her father. How will Ram Priya make amends, stay tuned to BollywoodLife for all the updates on Bade Achhe Lagte Hain 2. Also Read - Hina Khan dishes out MASSIVE fashion goals as she explores Turkey; the expensive Louis Vuitton scarf has got our attention [VIEW PICS]