Bade Achhe Lagte Hain 2 SHOCKING spoiler: Ram asks Priya to get her mother arrested; how will she react?

Bade Achhe Lagte Hain 2 major shocker! Priya (Disha Parmar) and Ram (Nakuul Mehta) to part ways? Meera takes Priya away from Ram. But it is Ram's shocking move against Meera which is twisted! 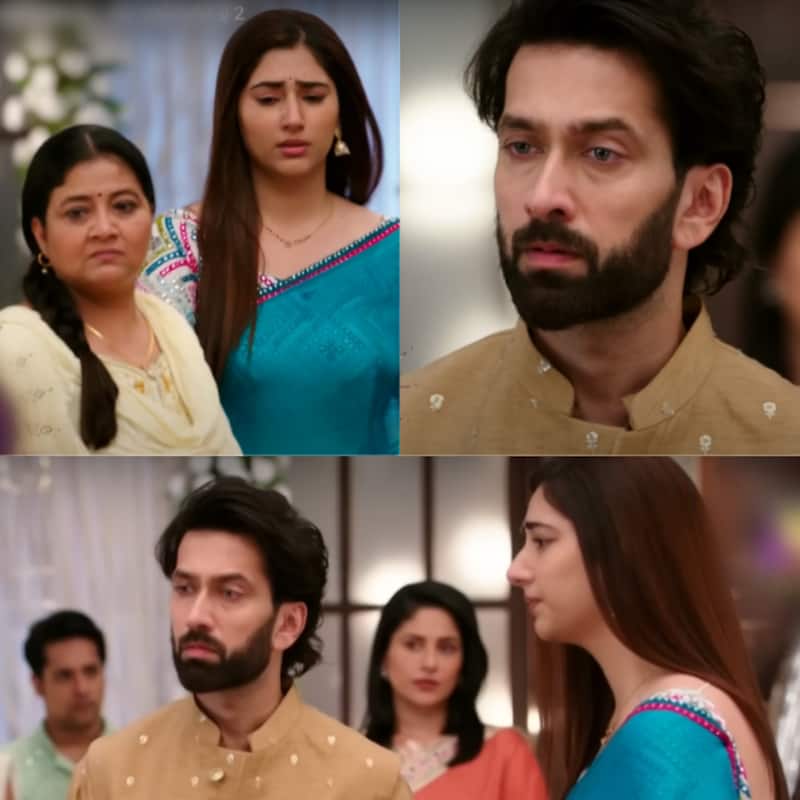 Nakuul Mehta and Disha Parmar starrer Bade Achhe Lagte Hain 2 is getting twisted with each episode. Y'all would know that Ram and Priya are trying to find out the truth about Ram's father's accident. And the truth is nastier than it looks or at least is being presented in that way for now. Ram aka Nakuul Mehta and Priya aka Disha Parmar are standing at the opposite ends. And now, more interesting twists are going to take place in Bade Achhe Lagte Hain 2. Also Read - Here’s how Ranbir Kapoor helped Ranveer Singh become the superstar that he is

In the upcoming episode of Nakuul Mehta and Disha Parmar's show, we will see Meera Maa aka Kanupriya Pandit taking away Priya from Kapoor Mansion. She watches Ram and his family allege that Priya has been purposely hiding the truth from Ram and his family members to protect her family member. Meera takes away Priya from the house saying that since Ram feels that she is trying to mess with the investigation and is being an obstacle. She takes Priya from there and promises she won't let Priya be anywhere near him. Ram stands shocked but doesn't stop her. Nandini, Mami and Shubham rejoice quietly. Also Read - Does Zain Imam-Reem Sameer Shaikh's Fanaa - Ishq Main Marjawan deserve a better time slot? Vote Now

Later, Ram comes to Priya's house and confronts Meera on picking a side. He turns emotional and also challenges that he will do whatever it takes to get his father justice. Nakuul Mehta aka Ram confesses love to Priya. But the latter says why can't she see it in his eyes. Also Read - International Kissing Day 2022: Ranbir Kapoor-Alia Bhatt, Ranveer Singh-Deepika Padukone and more Bollywood couples who shared pics of passionate lip locks online

Priya aka Disha Parmar insists Ram ask anything of her but not be angry at her so. Priya is all scared to lose Ram and she wants to make amends. Ram drops the bomb by asking her to get her mother arrested. Check out the promo below:

This is going to a huge stir in the fandom of RaYa. Fans wanted Ram and Priya's romance and post wedding couple things. But it seems they are going to introduce a leap. After leap they'll be bringing Ram and Priya's daughter, as per the reports.