Bade Achhe Lagte Hain 2 actress Disha Parmar is raising the temperature in India from the Maldives. Disha jetted off to the scenic location with her gal pals and has been turning up the heat in Baywatch style! Check out her latest video below: 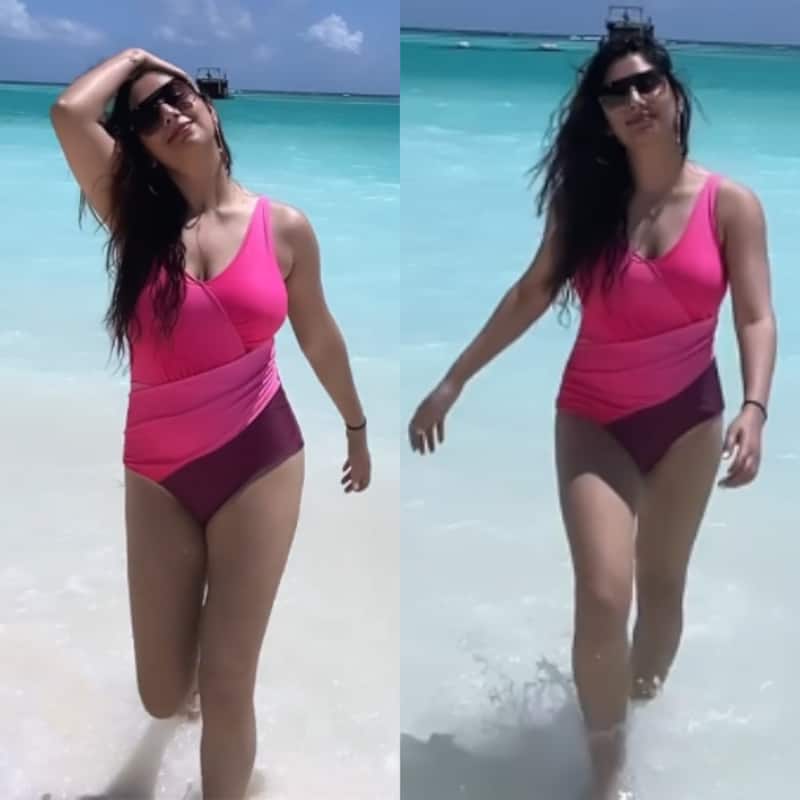 Disha Parmar aka Priya from Bade Achhe Lagte Hain 2 is one helluva hottie. The actress is currently on a vacation with her girl gang in Maldives and boy! She's raising the temperature and how! Well, Disha has always been the coolest chic, it's just the character that she portrayed has been quite unlike her real self. So, you'd be surprised to see Disha Parmar in a monokini and taking that Baywatch style walks in the blue water of Maldives. People on social media are going gaga over Disha's different and hot personality. Also Read - Shakti Arora in Kundali Bhagya, Mishal Raheja in Kumkum Bhagya and more top male stars who added spice to Ekta Kapoor's superhit shows

A couple of hours ago, the Bade Achhe Lagte Hain 2 actress shared a video online in which she is seen flaunting her toned monokini body. Disha Parmar is raising the temperature in India from the Maldives. She captioned the post saying, "Straight outta Baywatch." Check out the never-before-seen avatar of Priya aka Disha Parmar here: Also Read - Kundali Bhagya's PreeRan to Bade Achhe Lagte Hain 2's RaYa and more – which TV couple's separation hurt you the most? Vote now

Disha Parmar recently completed 10 months of being married to Rahul Vaidya. The duo tied the knot last year in July after Rahul proposed to her from inside the house of Bigg Boss 14. On other hand, talking about Disha’s work front, Bade Achhe Lagte Hain 2, it is being said that the Nakuul Mehta starrer TV show will be taking a leap. And after the leap a new character, a child will be introduced in the show. It is being said that after the leap, Priya and Ram’s daughter will be introduced. As per a report in TellyChakkar, child actor Aarohi Sanvesha has been roped in to play their daughter.
."