Started in the year 2015, Bhabi Ji Ghar Par Hain is inspired by the epic comedy show Shriman Shrimati. The show was truly a hit of its time and now it is Bhabi Ji, which continues its legacy.Not many of the fans know that both the shows have one actor in common which is Rakesh Bedi who played the character of Dilruba and now plays Bhoorey Lal aka Angoori’s father. Also Read - Aasif Sheikh to Rohitashv Gaur, here's the career trajectory of Bhabi Ji Ghar Par Hain actors

Hats off to the team of the show for achieving such a milestone. But no celebration is complete without a party and all the fans including us were waiting to see how the team celebrated this huge success. Well, the wait is finally over because today we bring you some inside moments from the celebration. Without much ado, take a look. Also Read - Bhabhi Ji Ghar Par Hain recreates the Dola Re magic of Devdas! 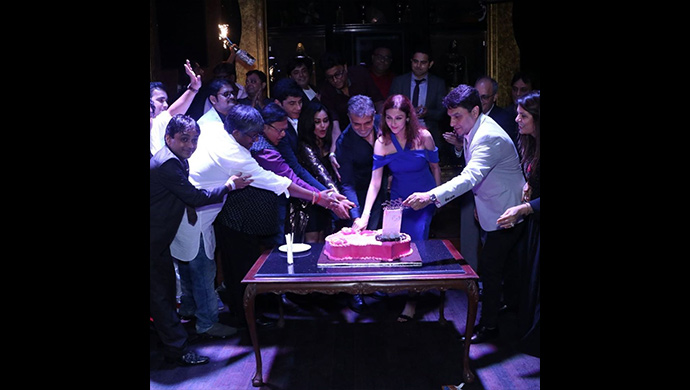 Every celebration is incomplete without smiles, memories and cake. Here’s the team of Bhabi Ji Ghar Par Hain rejoice as they cut the cake.

Its A Team Effort 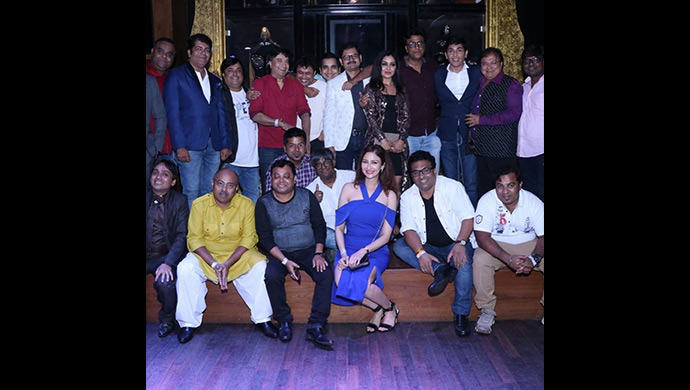 The best part of this team is the unity and the camaraderie they share. In many interviews, the stars share how they have a great bonding with the co-stars and the makers of the show which helps in better understanding. Here is a picture of the whole cast and crew of the show which looks like a family picture, isn’t it?

Aasif Sheikh, A Strong Pillar Of The Show 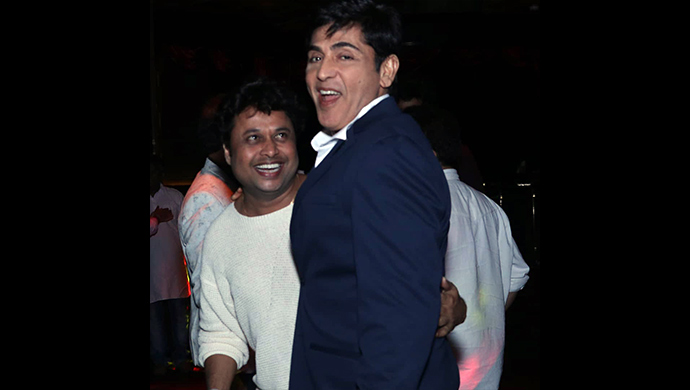 Aasif Sheikh aka our dearest Nalla, Vibhuti Mishra is one of the most experienced actors on the show. His energy levels, fashion sense and enthusiasm is absolutely remarkable. He is one of those actors who have zero haters. In this picture, we see Yogesh along with the legend. And the way Yogesh is looking at Aasif gives us a vibe that he is highly inspired by him. 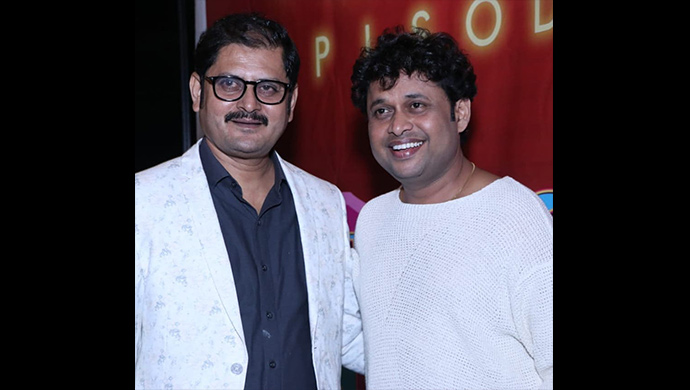 Both the leads of the show, Rohitash and Aasif are 50 plus but their energy levels are truly unmatched. The way the two play the characters have literally won the hearts of the audience all over the nation. Rohitash is so perfect for the role that we can’t imagine anyone else playing this role apart from him. 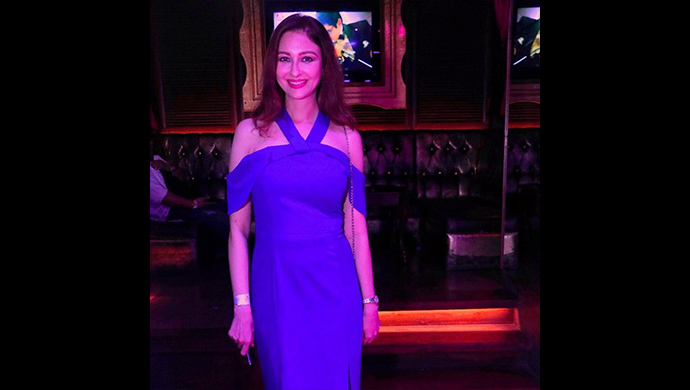 The reason why the audience loves watching the show is its presentation of four different personalities living a life full of comedy, thrills and unexpected twists in the city of Kanpur. One of them is Anita played by the beautiful actress Saumya Tandon. Anita is a character who is an independent, strong-headed and modern woman. She runs her house pays her bills and doesn’t depend on her husband Vibhuti.

Saumya took a leave from the show for her pregnancy but her dedication was such that she resumed work soon after delivering the baby.

Last But Not Least, Shubhangi Atre Aka Angoori Bhabi 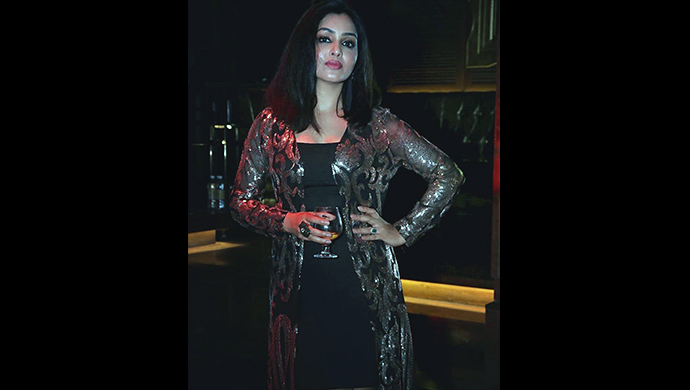 First of all ‘Oh My God’! Our favourite Angoori looks stunning in the party avatar. We are used to seeing her in saree which is why every time she shows her real side, her fans go crazy. Shubhangi joined the show at a very critical time and her entry proved to be an excellent decision as the show went on to become even more popular.

How Can We Forget Tika, Malkhan And Saxena 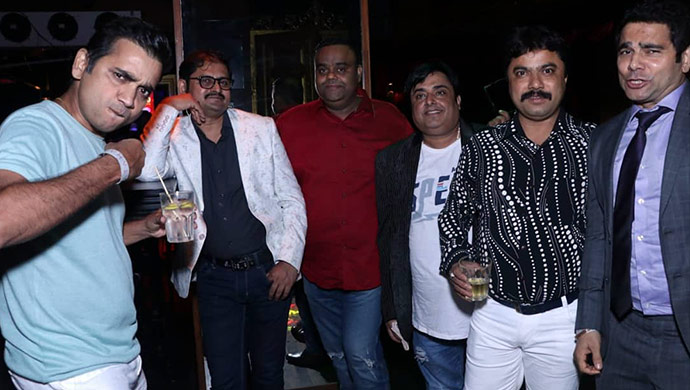 Source: Instagram
8/12
In the show, they may be playing the characters of good for nothing guys but in reality, they have won our hearts time and again. This show gave them a platform to grow and reach new heights of their career. Saxena played by Sannand Verma has already featured in a lot of movies and web series. 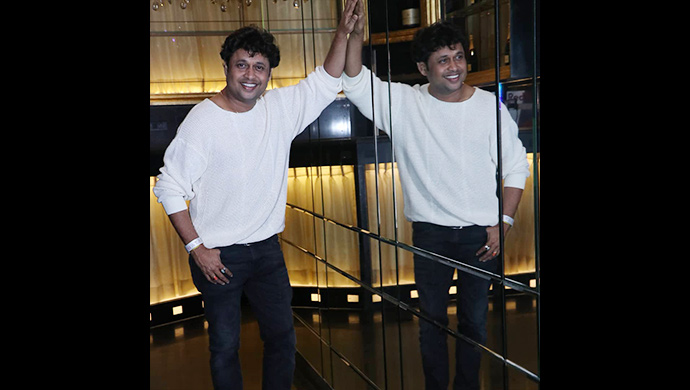 Each and every character in this show has struggled their way to reach where they are today. Here is the famous daroga Happu Singh, who got a new show which was a spin-off of the show Bhabi Ji Ghar Par Hain, Happu Ki Ultan Paltan. You can imagine how much thankful he is to the makers of the show. 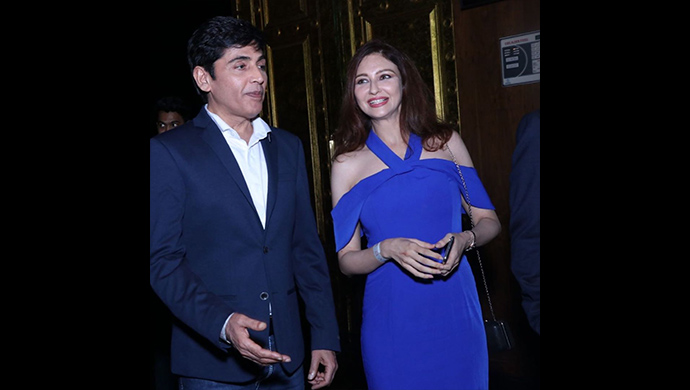 Source: ZEE5
10/12
We just can’t get over this amazing chemistry shared by Saumya Tandon and Aasif Sheikh. Which one is your favourite Angoori and Manmohan or Vibhuti and Anita? 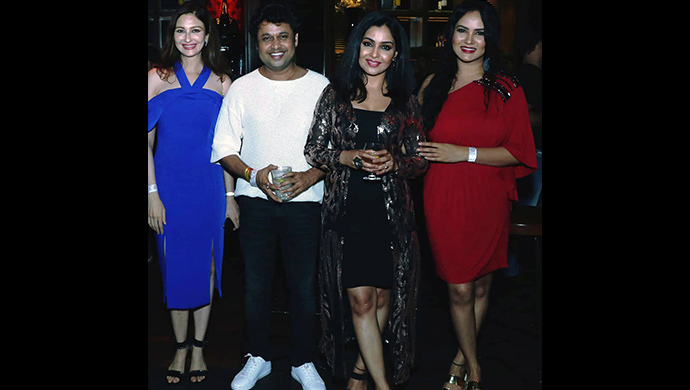 In an interview, Saumya shared that Yogesh used to say on the sets of Bhabi Ji Ghar Par Hain that one day he will convince the makers to introduce Hapu Singh’s wife and nine kids. Finally, Yogesh’s dream has come true as we can see the four of them in one picture.

Here Is The Pilot Of The Show – Sanjay Kohli 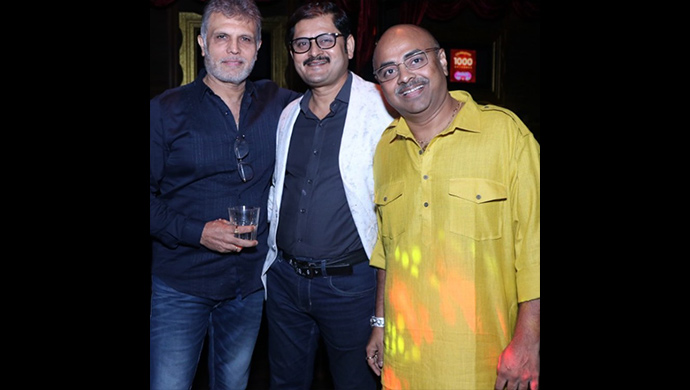 It isn’t an easy thing to run a show in its first season for four long years! But the producer of the show Sanjay Kohli has made it possible. In this picture, we see Rohitash along with Sanjay and cameraman Raja. With that being said, we would like to wish heartiest congratulations to the team.

What are your thoughts on this?