Bharti Singh already has plan set for her second baby; wants a sister for her son Golla

Bharti Singh and Haarsh Limbachiyaa are now parents to a baby boy. While the little one is just 40 days old, the comedienne already seems to be thinking about having baby no 2. In a recent interaction, she shared her views on having a second child and it seems she already has her plan set. 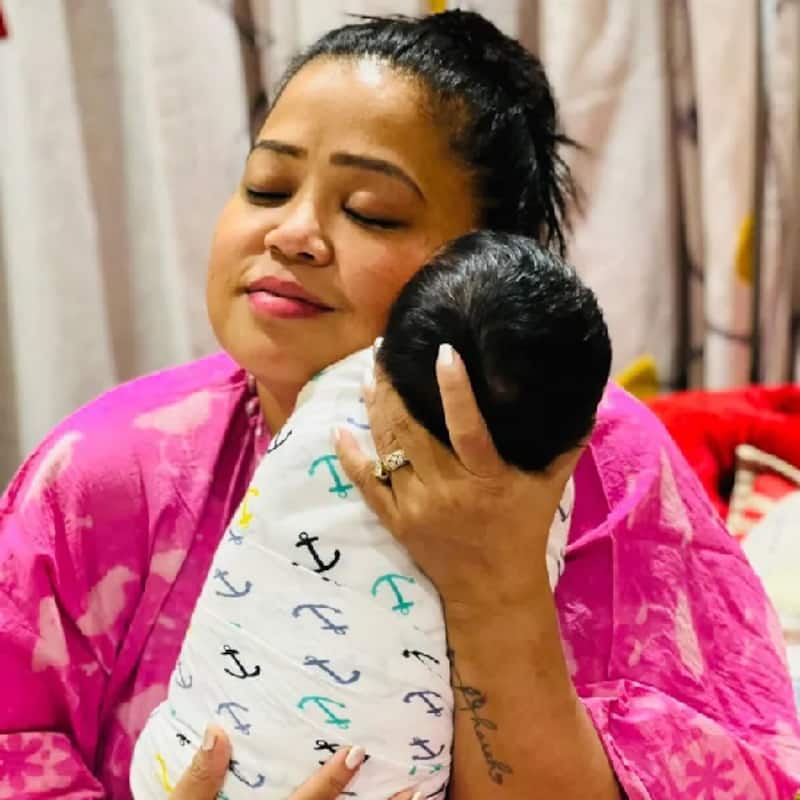 Bharti Singh and her husband Haarsh Limbachiyaa recently welcomed their first child into this world. The two comedians are parents to a baby boy whom they are yet to name. They fondly call him Golla. Within a few days after giving birth, Bharti Singh divided into work. She is currently shooting for Khatra Khatra Khatra. On the sets of the show, Bharti spoke to the media and revealed her plans of having a second child. She stated that she wants to have a second child as she wants a sibling for her son. Also Read - Trending Hollywood News Today: Lindsay Lohan sparks marriage rumours; Jungkook and Charlie Puth in a BL relationship and more

On the sets, Bharti Singh joked that she wanted to have a daughter who would help her in the house, instead, she has got two sons now - Golla and Harsh. Further, when mentioned that she will have a daughter as her second child, Bharti said, "Now you have predicted. It should be two kids, right? One like a driver and another one like your cook, is it? On a serious note, I too, believe the same. But, there should be a gap of at least two years between children. We have a son, he must have a sister. If we had a daughter I'd say she should have a brother." Also Read - Trending Entertainment News Today: Kaali's poster with a Goddess smoking draws flak, Top Bollywood actress having trouble adjusting with in-laws and more

Bharti Singh also spoke about when she would reveal her son's face to the world. She mentioned that if it were upto her, she would have done it already. She said, "If it were up to me, I would have shown the face on day one. But, we should listen to the elders. He is about to complete 40 days and I am very excited. We had a photoshoot for the baby recently and I will post all the pictures as soon as I can." Well, we can only wait for Bharti and Harsh to put up their son's pictures on social media. Also Read - Bigg Boss OTT 2: Ranveer Singh will NOT replace Karan Johar as the host of the web series of controversial reality show